Shamkara Records is excited to present ‘Illusion Of Time’, the new EP by Jonathan Calvo Aka Phoniq. Phoniq offers two fantastic tracks with deep and progressive touches that take you to the true climax. ‘Illusion Of Time’ follows a sequence of synths, arpeggios, and chords combined with analog mastery. ‘Soft Distortion’ is the perfect combination of deephouse sounds, deep bass lines and subtle melodies.

Jonathan Calvo aka Phoniq has been part of the DJ scene for the past twenty years.
Inluenced by the 80’s and 90’s musical styles he started playing at several clubs and after hours parties around Barcelona and Girona. His cool and dynamic style has led him to share sets with great artists national and international like Cristian Varela, David Moreno (Ibiza Global Radio, Pure Ibiza Radio), Oscar Mulero, Oxia, Umek, Valentino Kanzyani. He was resident DJ at Cosmic Club (Sils, Girona)
Currently Calvo is Sound Technician and DJ at Love Market (Santa Susanna, Barcelona) and also Member on Moments Booking Agency (Spain). Babis Kotsanis – I Feel Love For You EP (Shamkara Records)

Shamkara Records is proud to present ‘I Feel Love For You’, the new EP by Babis Kotsanis.
‘I Feel Love For You EP’ includes seven beautiful songs where the main element is the guitar and the author’s voice. Babis, is able to create an atmosphere of deep chill and relax sounds, a true musical pleasure.

Babis is a musician and producer living in Athens, Greece. He started listening to rock music at the age of 6. In 1998, a close friend taught him to play the electric guitar and opened the door for him to discover the world of music. At the age of 15, Babis was impressed by listening to Techno and House music. Today he is an electronic music producer trying to make his dream come true. SA producer Soulcool returns to the label with this tidy 2 tracker featuring fresh and emotive deep house flavours. Both tracks similarly paced with moody chord intonations and a classic feel.

Remix wise we welcome back 2Things who turns in a bouncy moody dub version and longtime label collaborator Magnus Asberg who takes a darker more percussive angle chipping away with some monster bottom end. Haute Musique are happy to welcome Miklo who debuts on Haute Musique with his latest ‘Light Driver EP’. Hailing from Sweden with past releases on DeepClass Records, Low Pressing and Crossfade Sounds to name but a few, Miklo deliver 3 deep house Originals made up of lush chords, hypnotic pads and ethereal melodies floating over summery grooves. Vasily Umanets delivers us Depth, as the title says so it is a deep track but with a touch of a melodic feel. Then comes the remix artists, starting off with ZaVen. Wow what a remix from him, deep, groovy and a little touch of acid. It’s truly an addicting remix by ZaVen. Smoove Rankin comes in with a more classical house style, something from the late 90’s and its a dance-floor killer. BDTom as we all know him very well and his very well done deep drifting style of music again delivers that deep synth keys. The final is from La Riff who kept the remix close to the original but gave that groove touch to it and little bit more upbeat tempo. KARU – We Were Together (Remixes) (Intimate Venues Records)

Intimate Venues are back this time with a remix EP for one of Quentin’s favorite songs.
All remixers bring their own unique signature sound to the song, as there is literally one version for every DJ. Quentin’s drum & bass alias opposite of KARU, iLLform
brings a solid roller for the UK style crowd. Jeez we are happy about this one. Our old mate and groove king ‘Silversix’ had been giving this record a hiding around Melbourne for quite some time and we were over the moon when he decided to let us take the reins on the old girl. Ben is far from a rookie in putting together floor fillers having a heap of success with is own original works and also remixing everyones heroes from Nile Rogers to Booka Shade and thats not even scratching the surface. Silversix makes his debut with Valiant Records with Bassgirl and she’s an absolute cracker. Young gun Liam Mockrdige links with Lowheads featuring Johnny Kulo for a new single on Get Physical that comes with a remix from Jelico to make it another vital package.

Mockrdige is based in Germany and brings special e-funk magic to his music. It encourages you to get down and dance and here he works with Lowheads, an Italian/Ghanian duo from the North of Italy’s underground scene who mix New York’s funky disco and afro beat sounds with raw house.

Their superb single ‘Mess Around’ received a release in July as a live mix but sees a full package here which opens with the excellent Club mix. It’s feel good, lush and organic house with real emotion, heart and soul.

Swoon Recordings main man Jelico is one half of Get Physical duo Stereo.type and here offers a remix that has crisp house drums, drenches the vocal in echo and makes for a real classy and deep tune that will get hands in the air.

This is a fantastically emotive and musical take on house music. An underground house music legend, DJ Patti Kane began DJ’ing in the early ‘90s and hasn’t looked back since. Based in Newark, NJ, she was inspired after witnessing Larry Levan at the Paradise Garage and was mentored by Deep Master Ryan of World Paradise. Continuing to build on these roots, Patti runs Women On Decks and produces her House Royalty mix series, nearing 350 mixed episodes. And now she’s joined forces with the dedicated house-heads at TMG Records for the release of her bangin’ new single, “Resilience.”

A soulful slice of deep house elegance, “Resilience” opens with a tough kick drum, a groovy guitar riff, and atmospheric bell-like pads. The song develops with more musical layers providing the backdrop for a jazzy live flute line. Soon a saxophone joins the flute, and then an uplifting trumpet solo takes the track home. In addition to this original ride, the single features an ‘expansion’ that focuses on the flute riffs and a ‘rhythm edit’ which concentrates on the track’s groove. These sounds will deliver late night dance floor bliss. A Double join Techords with the charming ‘High Signals’. The father and son duo, after making a big impact with their collaboration with Secondcity last year on Solardo’s imprint Sola, deliver a must have single backed up by Lee Jeffrey’s (UK) remix.

Kicking things off is the original mix. The break beats work perfectly with the smooth bassline creating a unique groove, whilst the female vocals add that little bit extra on the track that will definitely make you move. Finishing off the release with style is Lee Jeffrey’s remix. With previous releases on Viva Music and Daylight Robbery Records amongst others and getting big support by Jamie Jones the last couple of years, the UK artist brings his signature sound to the label with a big remix. With punchy drums, groovy bassline, bright stabs and the original vocals, Lee delivers a killer minimal tech remix, that is definitely one not to be missed. 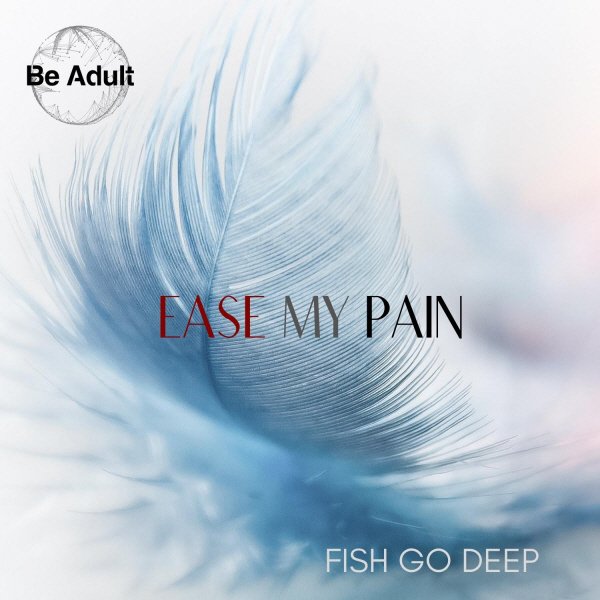