Genetic Funk and Mr V’s ‘The Believe’ spoken word groover of 2016 get’s a sublime make-over from the mighty Atjazz. Injecting some raw beat science, teased with abstract jazzy key hooks and celestial melodies, Atjazz cultivates a hypnotic ambience to accompany V’s positive message… ‘Believe”.
Si Firmin aka Genetic Funk has been producing house music for over 20 years, starting in the studio with Grant Nelson as 24hr Experience on Nice N Ripe records. After many years and releases working with the likes of Colonel Abrams, Michael Watford, Brian Chambers and remixing for Universal Music plus hitting the UK charts under the name Latin Jazz Company, Si finds himself still in love with house and busy in the studio creating music. The Grounded Records label is starting to gather some serious momentum with recent releases ‘Love Life’ with Michelle Weeks (ft Michele Chiavarini remix), ‘The Believe’ with Mr V and most recently ‘System’, gaining support from House music heavyweights including Tony Humhpries, Soulclap, Mousse T, Sai & Ribatone, Eric Kupper, Stonebridge, DJ Meme, Mark Di Meo, Javi Bora and many more.
Atjazz has carved a huge name for himself globally with his distinctive quality musical output through his own record label Atjazz Record Company and through other labels including Yoruba Records, R2 Records, Lazy Days Recordings, Local Talk and Miso Records, among others.
US DJ, producer, remixer, vocalist and Sole Channel label boss Mr V has had many singles and collaborations on many high profile dance music labels. His music works and vocal talents have appeared on the likes Ultra records, Defected, Musical Freedom, Vega Records, Dopewax, Play It Down, Criminal Hype, Razor n Tape, Strictly Rhythm, Soma, Sessous, 8bit and many many more.

‘Believe’ (Atjazz Remix) will be released on December 1st 2017 on Grounded Records. GPMCD183 VA Sessions – Selected Tracks Pt. 6
We gladly present Part 6 of our ‚Sessions – Selected Tracks‘ series featuring tracks from artists on our popular YouTube series ‘Get Physical Sessions’. Artists like Robosonic, Jazzuelle, Santé, Ben Hoo, Djuma Soundsystem and our friends m.O.N.R.O.E. & Adisyn who were also in charge of mixing the compilation. Of course the package also features tracks played by our ‘Sessions’ artists. Among the selection are well-known tracks from Thor Rixon, Dapayk solo and T.M.A as well as a never before heard exclusive coming from m.O.N.R.O.E. & Adisyn.
—– Our reference number 057 is really special to the whole team at Be Adult Music.
On one hand we are finally able to present the official release of “love is in the air” by DJ Ino and MC Johnny Def and on the other hand we are so excited to present to you some brand new remixes by two of our latest incorporations, Vincenzo and Phonique, two great masters of Deep House combined with the talented Decadance our latest be adult reference is complete.
—– Jojo Angel – Mine Is Yours EP
Jojo Angel returns to label duties with his ‘Mine Is Yours’ EP. Having had a string of releases on Relief, Resonance, Criminal Hype and Safe Music this year, Jojo Angel delivers his signature sound once again with two original groove driven tracks. Title track ‘Mine Is Yours’ is a simple but effective call to action, with smooth chords to open up the track and heavy female vocals to drive the track on. ‘Tha Bit’ is a thumping, rolling beat with punchy drums and tough bass that will keep you locked into the groove.
—- Patryk Molinari – Acid Lake
We are happy to present Patryk Molinari and his Acid Lake EP including hot remixes by Luna Ludmila and Smalltown Collective. Patryk was born near Berlin in the middle of the 80s and started early to develop a deep relationship to music. He has always felt very close to electronic music. But it was not before his 18th birthday that the passion grew so strong that he tried his own productions. In the beginning using LoFi equipment, he tried to transfer music of any kind into his very own productions. Back then he has been strongly influenced by the Big Beat scene in England and Vienna Scientists like Kruder & Dorfmeister. He tried out different styles until he discovered the house scene. He decided to get his own equipment and to share the music that he admires so much with others. Soon he developed an affection for Deep and French house. Bit by bit the minimalistic sounds hit him and he worked full of enthusiasm on his first minimalistic productions. His tracks are strongly influenced by the flourishing and always self reinventing Berlin nightlife.
BEATPORT EXCL : 20.11.2017
—– 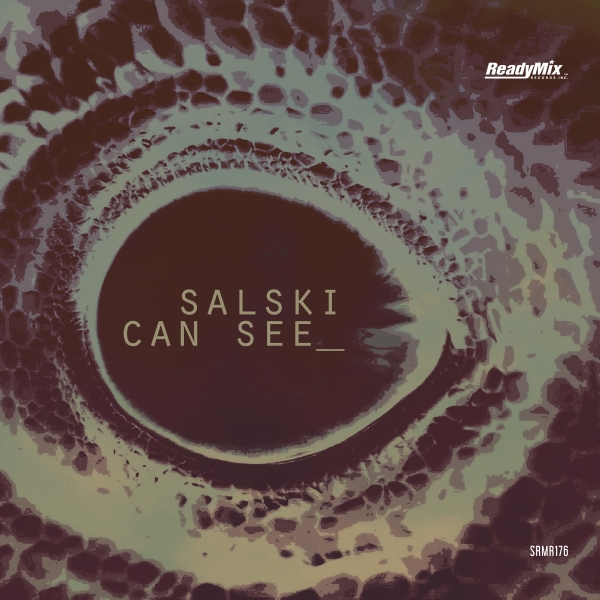