When We Dip’s label TOR welcomes a deep and sensual EP from Greek artist VieL who has previously worked with other imprints including Do Not Sit, Tale & Tone, and Hoomidas.

After starting his career as a radio producer exploring the sounds of acid jazz, soul, ambient and techno. He soon got absorbed into the world of electronic music, and discovered he had a particular love for melodic house.

After starting to DJ at some of the best and most respected parties in his home city of Athens, it wasn’t long before he started to produce his own tracks. Finding himself to be something of a natural, his music quickly found its way into the sets of people like YokoO, Nick Warren, Armen Miran, Hoj, Behrouz, and Death On The Balcony.

Now he is back on TOR after previously gracing the label with an incredible collaborative project alongside Madraas on the Vires EP, and he later delivered a solo piece in the form of “It’s You” on the Tales of Romance series, but this time he is back with a solo EP.

Each of the tracks on this release have uplifting melodies fused with ethereal pads and the EP’s title track has a haunting vocal with poignant emotion. All have club friendly percussion perfect for enchanting the dance floor. Welcome back to Ready Mix Records’ ‘Focus’ compilation series where the label highlights an artist’s past and present body of work released on our network of labels.

Focus:009 shines the light on one of the label’s favorite Russian producers ‘Deep Active Sound’.

Focus:009 showcases a selection of Deep Active Sound’s discography on the network of labels which includes 2 Original tracks and 8 remixes for guys like Onur Ozman, Kiano & Below Bangkok, Moti Brothers, Fer Ferrari, G-Spice, Greenfish and Salksi. When We Dip’s label XYZ welcomes Mitch Oliver back for his second EP on the imprint, and it’s another deep and dubby release with soft vocals and delicate textures.

Canadian artist Mitch Oliver has also released music on Magician On Duty, Kindisch, Seven Villas and Akbal Music. He is also a popular DJ who has played everywhere from America to the Caribbean, including festival performances at events like AIM Festival, Burning Man and SXM Festival.

Mitch Oliver’s last contribution to XYZ was made in collaboration with Maaruo, but this time he is working in a solo capacity, although he does enlist the vocal skills of Tea Verdene who delivers a graceful performance on “Exil” the title track.

All three of the tracks on this EP has a spine-tingling atmosphere that’s both tantalising and enchanting. Fusing crisp percussion with emotive chords and haunting melodies, this spellbinding release is both chic and magnificent. Rogue Decibels next release comes from Pretoria based SHAWNASTRO.

4 tracks of stripped back deep house following the minimal SA sound currently on the rise.
Warm subs, crispy drums and ethereal soundscapes are the order of the day. This year saw Nadja Lind and Helmut Ebritch’s production machine shift into top gear. Their fifth studio album ‘Manifestation’ was released, alongside a raft of supporting Bandcamp exclusive jams. Launching as pandemic lockdown began to grip worldwide, its blend of deep dub house and sprawling widescreen ambient was a necessary panacea to the global climate. Their previous albums ran with a concept – each quarter of the year saw an EP release that came together to form the full LP. However, ‘Manifestation’ reset the blueprint, back to a single work, albeit as a two and a half hour mega-album.

While the studio principles have changed, the tradition of the follow up remix album has not, with the Klartraum pairing drafting industry luminaries and Lucidflow family favourites alike. This is no idle boast – names such as Steve Rachmad, Silicone Soul, Terry Francis, Vince Watson, Ian Pooley, and the currently in-demand Saytek have thrown their talent to the reworks in the past, and the current line up is just as glittering.

‘Draw The Line’ is tackled by Jam El Mar of Jam & Spoon fame, dreamAwaken and Oliver Loew. Jam runs with a downtempo ambient house version imbued with the purest of 303. The track is taken into more dance floor slanted directions when Oliver Loew taps into the easy funk of the original, while dreamAwaken adheres to the ethereal cosmic float.

‘Manifestation’ is handled by the storied Dapayk Solo, alongside Guiliano Rodriguez and the off-kilter Spettro. Dapayk’s remix is full of tense staccato, with Rodriguez hitting up the warm dub template of Lucidflow for his interpretation, and Spettro defying convention with a tumbling broken techno interpretation.

Already a choice cut, ‘Weltenwandler’ is put through its paces by production machine D.Diggler, Jor-G and Dirt Crew artist Tigerskin. Diggler is in surprisingly restrained form with a deeply dramatic arpeggio laden version, Jor-G is on top dub form with his reworking, while Tigerskin absolutely wallops you for the stars with a truly cosmic Italo inspired take. Not much is known of Trevor Gordon, except that he has been steadily amassing a serious catalogue of music aimed straight at the dancefloor. Fresh off a Traxsource Top 10, here he adds 2 more heaters to the arsenal – both immaculately thought-out and produced with a subtle hint of that ‘Chris Stussy sound’. Harmonious Discord continues its 20-year celebration with the ninth installment of the Discordian Dreaming sampler series. Over the years, Discordian Dreaming has been the vehicle to introduce new artists to the community but also to feature selections from established HD names. This year, label is going big with 12 forward-thinking selections covering shades of deep house, techno, urban bass, electro, and more. Listeners are sure to find a mood for all purposes, with a steel-thread of abstraction and musicality throughout.

New faces to the Harmonious Discord roster like Jon Glez, The Stoned, and Edwin Watson offer a taste of full projects slated for later in the year. Familiar friends Visions of Glosters, Lucas Ray, Elevotion, Josiah Fontenot, and Vuérs prove that their musical mastery is not contained to a simple sound definition. While HD core artists 1981US, Patchen, Onium, and Tobor Rellik offer you a glimpse into the diverse nature of their upcoming albums and extended EPs. Harmonious Discord encourages DJs to dive deep into these artists as their devotion to exploding through boundary norms are all in service of bringing innovative music to the planet. Doyeq is a unique two-man live-project of Sergey Kulikov and Vitaliy Bragin. Due to their extensive knowledge and practical experience in electronic music since 1997, they started the project Doyeq in 2009 and released music on labels like Suprematic and Akumandra.

Kindisch are happy to welcome Doyeq on the label for their new EP ‘Night Driving’, that comes alongside a remix from Zone+. Quantize Recordings presents the Teddy Douglas (The Basement Boys) reinterpretation of Harold Melvin & The Blue Note’s Disco classic, ‘Don’t Leave Me This Way’, as the world celebrates the 50th anniversary of Philadelphia International. Packed with soul power, this dynamic cover transports the song onto 2021’s dance floors as Richard ‘Ricardo’ Burton belts out a 5 star vocal over a dynamite soundtrack from Teddy, primed to take the listener on a trip into the fabulous soulful sound of Philadelphia.

Teddy Douglas has produced everyone from Michael Jackson, Lenny Kravitz, Crystal Waters, Erykah Badu, Martha Wash and Ultra Nate’ and was an important figure in the development of the Baltimore “House” Sound. In 1985 he met Jay Steinhour and Thommy Davis who later went on to form The Basement Boys production company. The Basement Boys have produced countless dance classics like the 1991 Gold single, ‘Gypsy Woman’ … Fast forward, and 30 years later Teddy is still rocking dance floors with his uplifting DJ sets and producing some of the finest soulful house music around.

‘Don’t Leave Me This Way’ will be released on Traxsource promo July 30th / Full release August 13th 2021 on Quantize Recordings. Lui Jin’s latest EP is a tribute to his late brother, Vukile Jinqi, who tragicaly passed away early in 2021. This has left a deep scar in his heart and wanted to honor his brothers legacy the best way he could, which is through his music. Writing these songs, has given him healing.

Jumbela was Vukile’s nickname growing up and it was so fitting to name the project as such. To those who knew him, ‘Jumbela’ was a sport lover of all sorts. The vocals/chanting tells a story of victory and even though he passed away at a very young age, he had reached his victory.

Gungu is the Jingqi clan name and as per their culture, in celebration of the life lived they chant the name as a send off to the deceased. Ithongo, a gift or ability to communicate with their ancestors. He was, what was known, as a Igqirha. This could be translated to him being a medium but more so, a healer. He was gifted in many ways. Welcoming Dj Spin to Sound Vessel Records. Great catchy title and the tracks live up to the title, dub, groovy and phat beats. The remixes done by HUGEhands and Plasticpoison are beyond quality, which will give you a hard time to choose a favourite track from this EP. 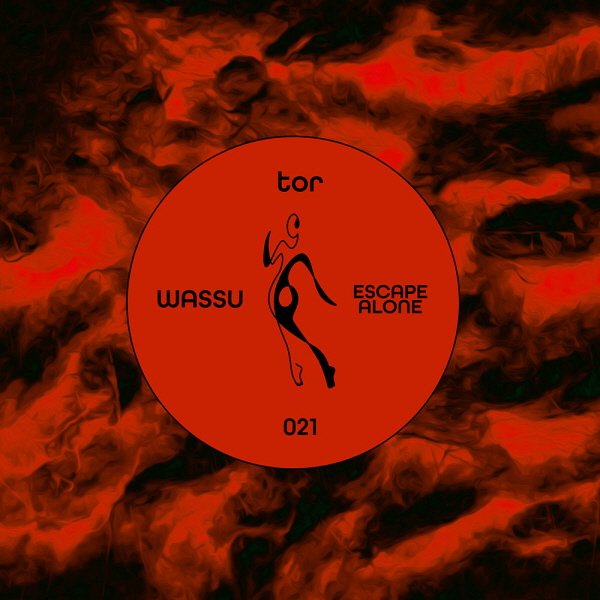 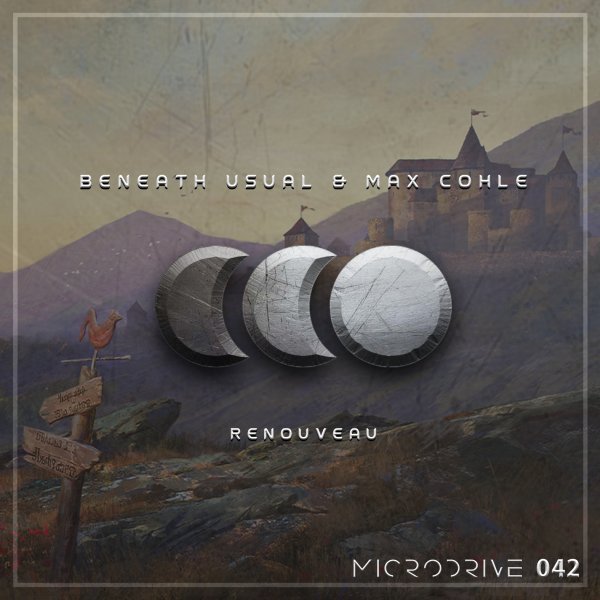