It wouldn’t be a new year at Rogue HQ if we didn’t shake things up. As such have a new manager at the helms – Cya C Deep from Khayelitsha township in Cape Town. He has been searching and finding some excellent upcoming local talent which we will be rolling out in 2019…starting with this.
Hailing from Polokwane, Meltonic is a self-taught DJ and producer, who began his musical journey 18+ years ago in his village Ga-Mphahlele. He has shared stages with the likes of Da Capo, Shimza, ProblemChild Ten83, and Chymamusique.
Here Meltonic takes us through the trials and tribulations of his life.
This EP features a remix from Zito Mowa one of the up and coming South African producers who has been making waves with releases on Stay True Sounds. “Ain’t Done With Me” is a badge of hope from Meltonic. Spring 2018 saw the release of Cornelius SA feat. Jackie Queens’s ‘Feel it Now’. The track proved a big hit over the ensuing year and now it comes back with some vital and varied new perspectives courtesy of remixes from Niconé, Kususa and Cornelius.
First up is Niconé, the German with ten years of inventive house tracks behind him on labels like Still Vor Talent, Kompakt Extra and Katermukke. His superb version is a dramatic one, with synth-based twists and turns in neon skies above the rooted drums. It’s a scintillating, melodic cut that keeps you on edge and looking to the future.
The fast rising Kususa, who have released on MoBlack and Surreal Sounds Music, then explore sultry late-night vibes over the course of seven absorbing minutes. The breathy vocals add intimacy to the widescreen drums and loose percussion, making this an earthy track with real feeling.
It is original artist Cornelius SA who goes next. The South African is a key player in his homeland’s house scene and brings plenty of fresh cultured ideas to his version. It is one with deep swaying drums, muted piano chords and soft bleeps all adding up to a lush mood and romantic atmosphere that will swell your heart.
Last of all, the still standout original soars with percolating pads and rubbery drums. Jackie Queen’s heavenly vocals are heavy with emotion and cosmic keys make the whole thing utterly expansive.
This is a moving package of house music with real soul and colour that lasts long after the dancing has ended. Super talented Polish producer Salski returns to Ready Mix Records with a brand new pair of tracks: ‘Range Of Perception’ and ‘Look Quietly’.
Opening cut ‘Range Of Perception’ is a powerful, deep journey into progressive house territory with a warm, subtly addictive bass-line and hypnotic synth atmospheres throughout.
‘Look Quietly’ locks down a memorable deep house groove, relying on the elegant simplicity of its masterful synth-lines, fragmented melodies and tight drums to remain engaging from start to finish. 3000Grad stands for the rustling of the trees in a forest, and for the seismic rumble of the bassline in the dusty evening heat of a Sunday in August. It stands for the dance of the water striders on the surface of a lake, and for the heaving sea of the crowd in the frenzied play of the spotlights. 3000Grad stands for a sound that has been inspired by and that is made for these moments. And that’s what you’ll hear on this compilation. As one big journey and as a series of shimmering bits and pieces. The rhythms and melodies of One World – One Future reflect what made our hearts flutter during these past months: 14 tracks that breathe life into your dancing feet as a DJ mix, and that send our fantasy soaring to unknown heights as single tunes Once again we are playing with your sense of time. With Archival 3, we bring you four musical collages by four artists – two from our past and two from your future.
In the A1 position, North and Damen Reprise pounds, jumps and it juts. Originally made by Mazi Namvar in 1998 and released on Chicago label, UC Music, the elements of the original recording have now been mixed down anew, edited and re-mastered. This is an homage to Chicago nightclub Red Dog, and has never sounded so good. Next, Luis Baro brings the vibe with a thick and atmospheric transmission named My Rx. Luis’ meditation is also an homage, this time to the seminal Chicago label Prescription Records. We are laying it all bare for you on Archival 3.
And then, we move back in time with The Looq by Art of Tones. This disco odyssey was originally signed to Fresh Meat in 2010 and was, at that time, planned for release on vinyl. Due to the chaotic turbulence of The Universe, The Looq was not pressed on vinyl as planned. 9 years later, we have, at long last, fulfilled our destiny and pressed this elongated gem onto beautiful orange plastic.
Young French creator Yann Polewka brings our story to a conclusion with his raw disco dub infused Rêves. We could make comparisons to sounds of the past here and we wouldn’t be lying, but we believe this is future music made by a sonic anthropologist as he excavates memories and pours them into a jubilant brew designed to conjure the dance.
Archival 3 is released on a 200 limited press orange vinyl record with hand-drawn artwork created by Chicago artist Chrissy Laing.
The music is mastered by alchemist and master magician, Dietrich Schoenemann at Complete, USA. Vinyl copies are distributed by Groove Distribution. UK based 22 Digit Records is back after a short hiatus, and kick starts 2019 with a new EP from Rico Casazza who is joining the likes of YokoO, Tom Ellis, Alland Byallo, and Moodymanc to become the latest edition to the label’s family of artists.
Rico Casazza originally from Italy, has lived all over the world and experienced the electronic music culture in countries ranging from England to Mexico, and along the way released music on labels including BEEF Records, Archipel, Plastic City, and Soma.
Also releasing under a selection of other aliases, he has an eclectic take on electronic music but at the core of his sound is warm stripped back grooves often with analogue textures.
Alienata has supported Rico Casazza in a mix she compiled for BBC Radio 1 and other fans of his music range from Shadow Child to Dave Clark.
The three tracks on this EP are somewhere between house and deep techno with dubby elements and atmospheric moods layered over a chunky groove. Seta rarely releases singles last years, but this time an exception had to be made. “Travel In Time” is a model track, which represents the main sound of the label: organic right-timed chords, warm pads and driving rhythmic. Lets welcome on board this talented artist duo from Zürich called Fabri and Dean Cardenas, who delivered an excellent tune! It has been remixed by domestic Seta boys Sensoreal with Benco as well as the talented lady from Saint Petersburg – Anastasia Zems. Both remixes are outstanding pieces as well, so do not hesitate to give them a try. Continuing their trend of blooding fresh talent, Lucidflow bring Jor-G under their umbrella with release #161.

The ‘Tara’ EP is a personal one, named after a kitten Jor-G rescued from the streets, the artist himself saying that “every track is a beloved animal.”
(Big love and thanks from our team for the this!)
The five tracks cut dub techno in a variety of ways. ‘Leon’ boils dub textures right down to their most saturated and stickiest residue, like audio molasses, and the beats tug away at the metronome as if they hanker to break away from a four on the floor existence. ‘Garcy’ is all about the middle, where tones operated in both the mid-range and mid-distance, like an early morning winter sunrise that catches wisps of mist across stretched out fields.
‘Zozo’ goes for Summer with its aqua tones, the dappled pattern of blue that exists on the bottom of a swimming pool. The melodies lap like water with shimmering sparkles with jazzy samples adding to the languid groove. ‘Leto’ is the wintry overcast alternative, all grey-scale clouds and brisk breezes. Everything is crisper, clearer, with wind rushes that are like an exhale of breath puffing a cloud of vapour into the chilly air.
Finally, ‘Tara’ brings everything together, touching on elements from all the tracks from before it. Dub chords that are simultaneously frozen and squishy, jazz flecks that rub up against an insistent bass heartbeat, and a vibe that pitches right in the transitional seasons of Spring and Autumn.
Tara is available from all the usual digital stockists on 4th March 2019. After a year full of songs positioned in the charts, and after having won the award for best producer of House Music in Mexico by the ‘ Dj World Music Conference México 2018’, our head honcho B-Liv, comes back to My Own Beat, to start the year full of rhythm. It is a song loaded with beats that mix the essence of the techhouse with organic elements and a Latin spirit that invokes the dance and the rain. Turn up the volume and enjoy. Cape Town based Deep Society Music return for their 6th outing from in-demand Jozi artist Keegs Bantom. Do Not Stand At My Grave And Weep, is Keegs Bantom’s first release for 2019.
Two tracks “I’m not there” and “Colour Shiftin’”, both consisting of a dream-like groove that’ll definitely keep your head bobbing. After a whirlwind few years BBC have firmly established themselves as one of the labels to watch in 2019. Keeping themselves busy they have been building an outrageously talented community around their nights, records and various activities in the Berlin scene. What makes them special is their unique approach to running a modern record label.Kicking the year off we see the release of their first compilation “Shades of House”, a various artists collection of 12 tracks that epitomise the sound these guys are pushing. Berlin Bass Collective have a unique energy, something special attracting a lot of talent to the fold who all have different story’s to tell. They have something that’s rare in the modern world, a feeling of collectivism & doing things properly, a belief that it’s about the group achieving more than the sum of their parts – it is really infectious.Joinng the gang this time round we have, Jakob Mäder, Danny Russell & Ronald, Christoph, Mystigrix, DJ With Soul, Etur Usheo, Sentient Beings, NRVVS, Boyard. This group of supremely talented producers joins regulars Justin Ramsey, Thermal, The Checkup & Deeleegenz and Bridge Guy & Mountak.”Shades of House” is a compilation of 13 producers over 12 killers tracks, it is the BBC family portrait for 2019. Out digitally coming “05.04” (Friday April 5). with a vinyl EP following soon after.Artist Quote: “House music is all about welcoming people of all shades and walks of life together to dance together. Shades of House is a VA that showcases thirteen different producers from different countries with different takes on what a house track can sound like. The one thing these tracks all have in common is that they will all make you feel something inside and get your body moving!” Matt – Berlin Bass Collective 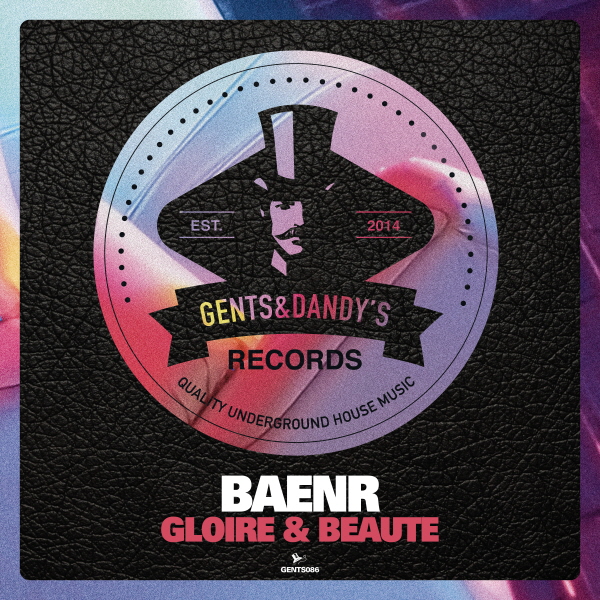 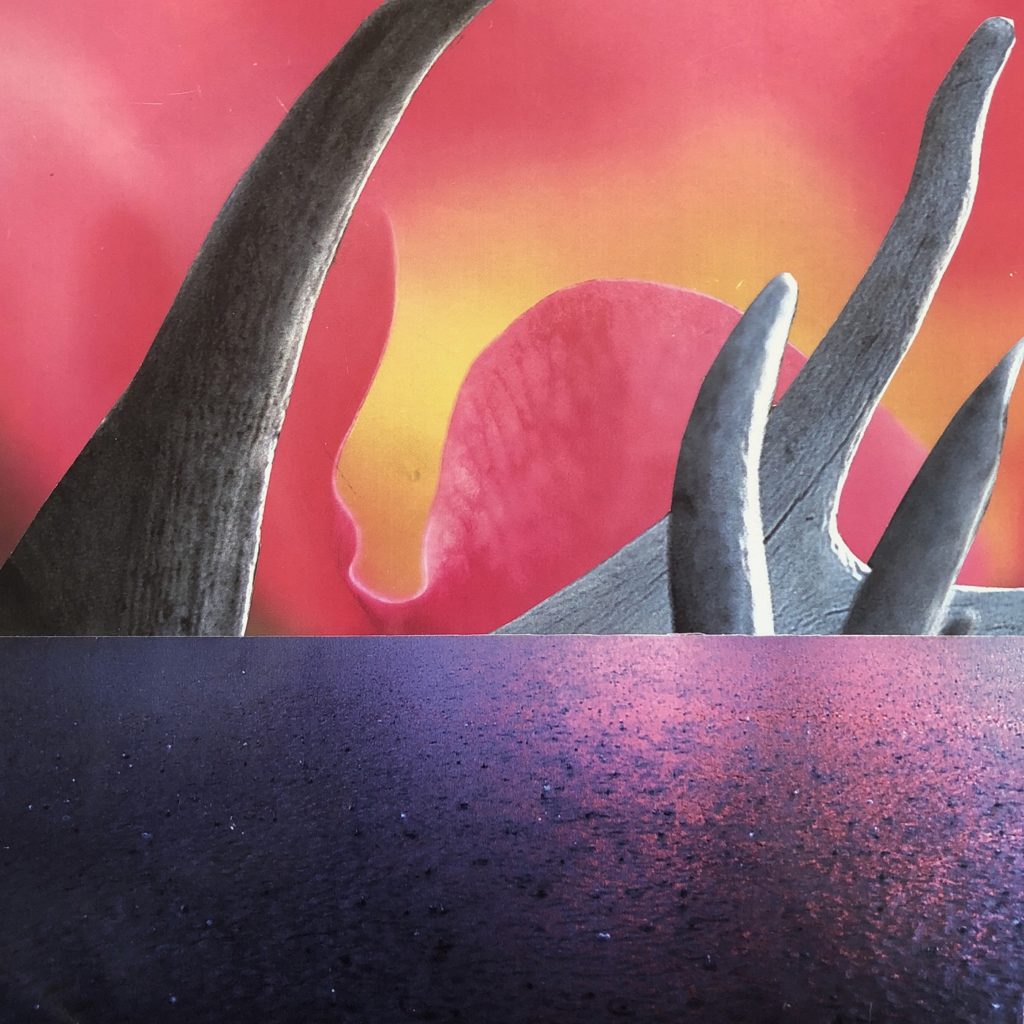