Resident DJ and producer in Ibiza specialises in deep house and underground music. His studio work has led to success in the form of collaborations for different projects such as CD compilations Ibiza Global Radio, PK2, Nassau, Ibiza Sonica.
His sessions are full of dynamism and enthusiasm. DJ usual in Ibiza Global Radio, Pacha, Ibiza Destino, El Ayoun, Coco Beach Bar, Space and many more.
Deep sounds accompanies you throughout the different tracks of Wolves LP. Balearic melodies and powerful bass lines make it irresistible for the dance floor. Rob Duke is back on Microdrive, delivering us three new fresh originals tracks.
A great journey into the multiface universe of the Duke mixing up fatness, groove and hypnotic sounds. Enjoy the ride. Sol Selectas is a light that cuts though the darkness of winter with its new compilation Global Entry, which collects tracks from all around the globe to embrace different cultures and celebrate what makes us all individual.
Run by Sabo, many know the Sol Selectas sound for being a unique blend of sensual melody, tribal percussion and spiritual atmosphere that combine to paint audio pictures of distant lands and mystical places. This project twill take us on an even deeper psychedelic journey.
Often influenced by the local folk law of the artist who feature on each Sol Selectas release, this compilation features eleven tracks from Germany, Argentina, Italy, UK, Spain, Russia, Morocco, France, and Israel.
Each of the tracks has its own personality and it includes tribal house alongside low slung afro cuts, trippy disco flavour, and deep house that’s full of enchanting melody.

01. The release is opened by a downbeat groove builder from Iorie who has previously contributed a remix to Sol Selectas, but this time he is back with original material.
02. Argentinian duo PAAX (Tulum) are next with their label debut and it’s a beautiful mid-tempo track called “El Teatro De Los Sueños” which premiered at several festivals last summer
03. Track three “Epopea” is by Italian artist Glauco Di Mambro who uses traditional Sicilian instruments paying homage to the legendary film composers of Italy, to create this trippy masterpiece.
04. Next up is Anthony Middleton who is known best for being one half of Audiofly, but this track “Energy Is Currency” showcases his solo talent making melodic cuts with enchanting atmosphere and epic pads.
05. For the fifth track, this LP presents a spiritual offering from Spanish artist Yamil who delivers a deep house cut with hypnotic vocals and sensual melodies.
06. “Cuando” is from Ukrainian artist Aikon who was formerly known as Nekliff, and it’s a tribal cut with dramatic piano stabs, empowering vocal textures and a flute that flutters like the wings of a bird.
07. Making his return to Sol Selectas is Amine K who last featured on the label when he collaborated with Sabo, and this solo track is full of the Moroccan flair he is best known for.
08. Track eight is from French artist “Mula” whose Punjabi influenced track “Ananta Groove” fully embraces the multicultural focus on this release.
09. Russian artist Alexey Union turns up the heat with his afro beat influenced track “Zambezy” which is a rich blend of rhythms shrouded in a tapestry of texture and samba style melodies.
10. Bringing the LP into double figures is a Sol Selectas debut from Fluida who play all their own live percussion rather than use samples, and their quirky track “From Here On” is uniquely wonderful.
11. Closing off the EP is a track by Golan Zocher & Choopie who both hailing from Israel, and for this ethereal track they have enlisted the help of Laroz Camel Rider who is no stranger to Sol Selectas, and together they have made a blissful Balearic tune that’s a perfect close out the LP. A new edition of Medellin Music Week is coming and for 2020, 12+1 London is honoured to release the official album. This Various artist compilation has more than 30 musicians who worked on it. Press play and the first song you will hear is produced by the label chief, u z z v, called -Jumble-. German star Ray Okpara signed the second one -Care Take-. After these two Deep-Tech tracks comes a Melodic House track called -Arijua- from Spaniard Duo D-Low and Alex Sosa also known as, SOSANDLOW. After his hit -Burn- Dominik Massaro is back asking for some -Guestlist-. Are you -Feeling-, Spega? He is also back with his personal groove. We cross the lake for first time on this trip called MEDMW2020 Official Album, straight to New York for the next song -Naughty Talkin- by, Christian Bistany. You will also find Medellin local artists such as, Raized, with his ‘Holloway’ and, Hassio (COL), alongside, Sammy Morris, on a collaboration track called -Junin-. Then we head back to Italy to meet, Aguilar (Italy), and groovy -You Got It-. LivesLess, and -Time Less- are welcomed to the family, for this compilation and first time Silvestro (a.k.a. LivesLess) wants to introduce these tracks as first cut of his upcoming album. Still in Italy listening -Double Bike- by, Mirko Abbatista. Another two more stops in Italy with 3 different producers, Angelo and Christian, Duo better known as, Mediahora, did -Low Step- and -Sweat- by, Lorenzo Dotti, invites us to say bye this wonderful country until next time. Second time crossing the lake, off to Canada, we have, Wess, with his -Perception Of Talent- new 2020 updated version exclusive for this release. And also, Poor Pay Rich, is back down from the ‘Clouds’ with this -Digital Only-. From Canada to Mexico we meet Alan also known as, Wayne Madiedo, and as his second a.k.a. Alann M, he produced -Sensor- that ‘I could not decided just one artist name, this track is too personal, it has 50% of Wayne and 50% of Alan’ he said. Flying to Venezuela for a quick meet with two music lovers from there before heading back to Europe, Roxy Delgado. and her -Supernova- and, Elita’s son, Son of Elita, and his -Nemola-. From Poland one of our favourite artists, Peter W, this time with -My Witch- . Back to Spain for a proper reunion with some friends such as, Victor Polo, from Valencia with -Multivitaminé- and his partner, Omar Svenson, also with much -L.O.V.E.- Based in Balears Islands, Niko Freij, is back full of -Energy- and just close is, Nazt, Canarian DJ and producer based in Ibiza, he made -Al’umu-. Still in Spain listening -One Else- from Daniel Lera, Jackin’ House hit. Always ready to -Open Dors- and warm up, Ernest Oh, on his new face, new era, making Afro House beats. This trip we started in London and before we head back to finish it, we have one more stop in Istanbul. We were talking about new faces and this guy knows all about it, Mehmet Özbek, bring us -Amnesia-, the darkest track we have ever released, rock! And finally, U.K. Dominic Aquila says that it’s the same, -This And That-. Medellin Music Week Official Album 2020. Mixed and Compiled by u z z v. At the time of composing a year of reflection and learning had passed.
Popularly known as Lodewyck, legendary producer Lewis Monbarn takes flight with his debut album Omen. Lewis Monbarn’s affinity for music has been a lifelong affair. He began creating electronic music at twelve years of age and has grown to be a moving force in the house music scene, getting the support of many international djs and having most of his releases on top of the charts. It is with this same creativity that we find his debut album Omen to be an exceptional item.
Monbarn is able to build an exemplary musical landscape that encompasses elements of industrial, electro, jungle, and psychedelia into the framework of house music. Monbarn’s production on Omen takes a cinematic route that keeps his audience intrigued with each and every transition. Omen’s exotic and tribal grooves amid post-modern measures of keyboard and synth create an aspiring view of the world through music. Monbarn infuses chants and other “sacred” voice sounds throughout Omen for increased continuity. Omen by Lewis Monbarn is a sonic canvas of one producer’s life story that captures our own. Everybody In return in 2020 with a stellar maxi EP from Leipzig based Nova Casa. An artist with influences that range from smooth hip-hop, lounge, deep house, melancholic soul to classical 4/4 music. Their 6 tracker “Epsilon Crucis” covers a lot of ground with a unique style and pace.

This is a galactically inspired set of music, from the etheric synth work and glacial tempo of “Clean Cotton”, to the more dubbed out vibe of “Deep Acting”. There is a variety to this EP from the very start. Nova Casa has a sound with plenty of room for changing direction and offering up something a little different from what you might expect.

“Alliance” is a little more straight up, but the bassline has an intricate funk that elevates it to the next level. Destined as much for the club as it is at ease when listening at home. “Amdacha’s” clever use of the Piano and more traditional sounds mixed with tight electronic drums makes for a deep and meaningful journey.

Closing out this super-sized EP, we have two tracks that take things in two distinctly different directions – as we have come to expect. “Awakening” feels more Housey, with an edge of early Tensnake thrown in for good measure. A melodic groover that sets up the finale “Altarf” nicely. The final track itself is a mid tempo…slow mo chiller. Gorgeously proportioned and warmly produced whilst keeping the Nova Casa signature melodic edge. They are also featuring the edgy artwork from Turin based artist Ermanno Cavaliere, who creates something new and mesmerising through a collage made of everyday life fragments.

Out soon on Everybody In. The Cultural Detectives is an innovative historical art experiment that harnesses the power of music, bringing unheard poems and stories of slaves to life by combining them with modern music. The project was created by Wheeler del Torro and produced by the legendary DJ Tony Humphries. ‘The Merchant’, which hails the first release from the project, is a powerful poem which was published in 1840 by Juan Francisco Manzano, who was born into slavery in Cuba. This culturally rich release comes with a moving spoken word acapella of Manzano’s original poem, along with 2 brilliant house remixes courtesy of San Francisco house legend, David Harness and Italy’s rising talent, Paul Adam.
“Not only does music have the power to both sustain our attention and provide us pleasure, it can be a powerful teaching tool. By placing these narratives to modern beats, I hope to bring the words to life in an accessible, enjoyable way,” – Wheeler del Torro
Wheeler del Torro, (aka DJ Kinfolks) is a producer, musician and DJ originally from Cuba, who has been working in the industry for the past 15 years, promoting and Djing at parties all over New York, Philly, Paris, Ibiza and beyond. He is often referred to as Tony Humphries’s musical protégé and is also an acclaimed food anthropologist.
San Francisco legend David Harness as been a major player on the US deep house and garage scene for decades. His productions and remixes have regularly graced key labels in the dance music including the legendary San Fran label Moulton Music, Loveslap, Quantize, Nervous, King Street, Papa, Vega Records, Foliage, Defected, and many more. Paul Adam is a DJ producer hailing from Bari, Italy known for his eclectic style across the House and Tech House spectrums. His various styles of productions have landed on labels such as Nervous, Material Series, Dvine Sounds, Lapsus Music, Happy Techno, King Street, Quantize, Tony Records, Sony and Universal, among others and he is also the owner of Beatrain Records.

The Merchant will be released on February 29th 2020 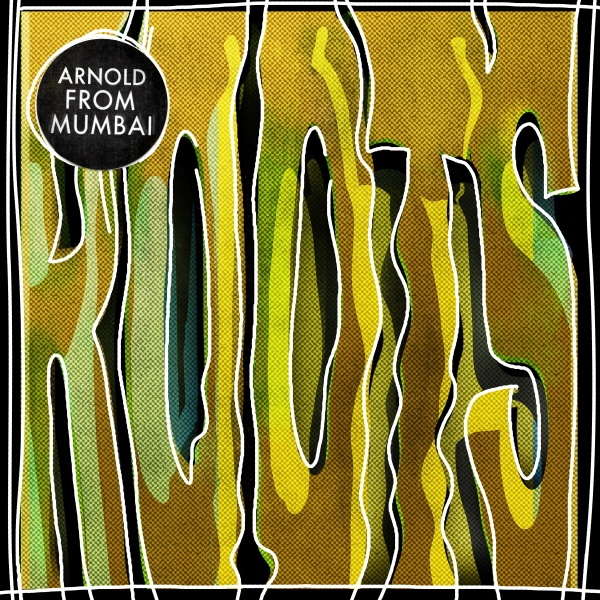 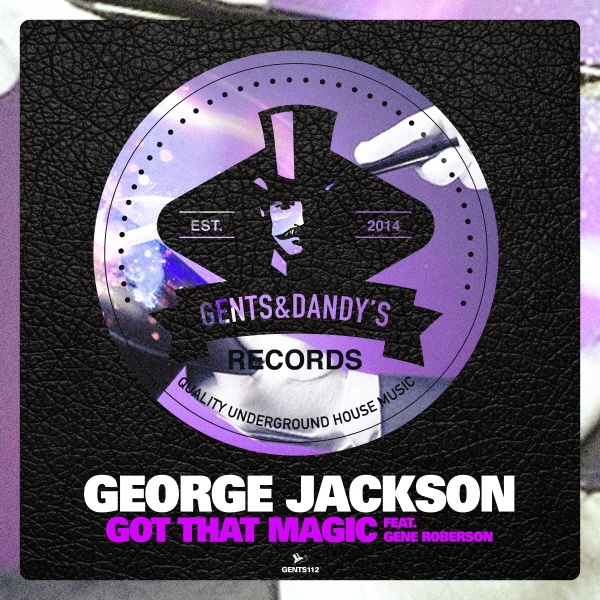