Submarine Vibes is proud to present Sacred Chants – a brand new release by Noble Spirits, a producer well known for creating music that is in equal parts mystical and inviting. This new release contains three songs, the eponymous track being the result of collaboration with the amazing Tone of Arc. To top it off, Sacred Chants EP also includes an incredible remix by George X, providing a new, bass-heavy perspective to an already great track.
Sacred Chains is a 3-track long journey that moves both the heart and the body. The eponymous track, marked by its trance-like, rhythmic vocals and spacey echoes makes for an introspective trip of a song. With its meditative guitars, beautiful melodies, and echoing snare drums, Day for night provides a similar experience, while the third track – Copal – is made with dance-floor loving music fans in mind. The next bomb comes straight from Greece! With great enthusiasm we present Elias Kazais & George Nikolau debuting on Sunclock with “Burning Sand”, a single format 2 two dangerous versions for any dancefloor!
Original Mix’ is a pneumatic hammer that will make everything shake from the first beat! The piano melody is very particular and effective. After the first minute the rhythm starts to take off thanks to sharp electronic synths that will surprise everyone to listen. The percussions enrich the whole giving it the right completeness. An impressive version!
Deep Dub’ has a more minimal imprint. The groove is more accentuated as are much more prominent the percussion that characterizes the track. The energy is the same but developed in a different and interesting way from all points of view. The central break is very effective and the restart very suggestive thanks to the well-structured background effects. Surprising and new melodies of percussion appear after the breaks always leaving amazement to those who carefully dance and listen. A really beautiful package from all points of view. It can not miss in your repertoire. Wind Horse Records is pleased to announce the next release that forms a part of the ever-growing catalogue of releases that have been line up for the year 2019. We are absolutely ecstatic to invite a seminal figure from New York who has formed an essential part of the system that’s current helping pushing house music in the right direction – Oscar P and his EP ‘Witness’.
The 3-track EP from the American tastemaker reveals the influences and roots of a producer who stays true to music that touches his soul. The title track ‘witness’ is the signature release from the EP and has also been reimagined into two distinct flavours with a Jazz remake as well as an ‘Afro Rebel’ remix that portrays the versatility and musicality that Oscar P possesses.
The title track ‘Witness’ kicks off with a simple 4X4 groove that’s complimented by sharp, rasping percussions. Oscar’s sampling prowess shines through with an uplifting and joyous vocal acapella that powers through the track with aplomb. The producer’s American influences are more than apparent with several piano riffs, trumpet stabs and subtle pad underlays and overtones that tie the track down together into one neat and power dance-floor package. Constructed with purpose, ‘Witness’ will certainly find its way into the record cases of more than just a few DJs.
The second track on the release is another reinterpretation of the title track that explores a style of music that screams ‘Dancefloor’. The deep, dubby bassline is retained along with instrumental elements and overlaid with smatterings of vocals that keep the listener hooked on edge. An amalgamation of the previous two tracks, ‘Afro Rebel’ mix ensures that there’s something for everyone’s sensibilities throughout the EP.
The final track on the EP is an absolutely gorgeous remake and is aptly titled the ‘Cromagnum Jazz Remix’ because of the absolute instrumental grandeur that the track possesses. Equipped with a deeper/dubby baseline, the CJ remix reveals yet another facet of Oscar’s aural aptitude. A hazy, dreamy vibe overcomes the listener as he travels through a beautiful sequence of tactfully laid out piano chords, trumpet solos and warm electronic keys that ooze class with every bar. Perfect for warming up the dance floor or for being dropped at those secret after-parties., making for another solid release from the Wind Horse family.

As a Label we are very proud when our artists start connecting with each other and bringing out new inspiring music. So did Alain Springer ( deepspringsessions ) and Skols ( depo club resident ) with their first common EP which is called ‘Kabuki and The Gimp’.
Kabuki (歌舞伎) is the name for a classical Japanese dance-drama. Kabuki theatre is known for the stylization of its drama and for the elaborate make-up worn by some of its performers. Hence Alains inspiration for the track. His track is a happy and upbeat Deep House track starting off with a deep kick and HH’s. As melodic theme Alain implements a trumpet melody and synths surrounded by vocal FX and singing bird fx. The song progresses nicely with some up and downs resulting in a melodious journey after the break.
‘The Gimp’, let’s call him the fierce Samurai is a very elaborate and beautiful mellow but still powerful deep tech track, brought to you by Skols. The track starts off Skol’s style with a powerful deep analog kick! Slowely adding on those intricate HH’s and a deep groovy bassline as well as synth elments, that carry you throughout the whole track. Percussive Elements are set where they should be to bring variation to the track as well as powerful FX and vocals to produce traction. Deep Tech House arrest comes to mind when experiencing this one of a kind musical marvel. ‘Allienated Dubs’ is a powerful and addictive EP filled with upfront deep tech & minimal music. Playful rhythms dance around and represent the solid audible proof of the unique production style of ‘the talented duo ‘Dubphone’ and ‘Phrozen’. Their sound has developed into a dance-floor delight that will work up the crowds in any way possible. DJ Ino, the deep house spanish legend is back again on Be Adult home with a brilliant new EP called “She Still Wanna Dance With Me”.
The main track “She Still Wanna Dance With Me – Original Mix” was released back in the days on “Café del Mar Music” been part of the history of this amazing label. Times when the spanish producer began to rock the scene with his unique Jazzy Deep Sound. Now an inspired DJ Ino bring some little touches of love on this old song, new fresh sounds ready for the most exquisite deep house lovers, rocking and dominating dance-floors worldwide.
The EP is topped by “She Still Wanna Dance With Me – Vincenzo Remix”. An impressive mix which brings the melodic and melancholy elements of the original to the foreground and adds his personal german tropical feel for an absolutely fantastic work. Vincenzo truly brings the release full circle, it’s got a vibe that doesn’t quit!
And We close this impressive record with “Loving Deep”, definitely essential for deep, tropical and progressive DJs, or any jock looking to get hands raised. His lovely strings and innocent keys. hooked with afro beat four-to-the-floor kick riding under a dubbed out sexy beautiful bass-line and vocals coming from heaven. Release number thirty-eight is coming from Argentina. Welcome to the family one of the most talented deep-tech producers from that country, welcome Del Fonda. His first EP on the label includes three originals, ‘Soda’ also the title of the extended mix with a fantastic and popular vocal, and another two dub hits, ‘Men With Guns’ and ‘Shot The Mayor’ Sabo’s label Sol Selectas has an ethos of releasing music that moves mind body and soul with melodic grooves intertwined between tribal percussion, and this new release is from Spanish artist Mark Alow.
Mark Alow is already a valued member of the Sol Selectas family with his track “White Tusk” being one of the label’s bestselling tracks also charting # 1 on Beatport, and his original tracks on this release are complimented by a remix from Hraach.
Other labels to have also championed the deep atmosphere and haunting beauty of Mark Alow’s music include Little Helpers, Baile Musik, When We Dip XYZ and Solar Distance. He also recently collaborated with Gab Rhome for an EP on Bar 2 Music.
On remix duty, Hraach has previously featured on Sol Selectas working alongside Armen Miran, but this time he returns in a solo capacity to remind us of his exceptional musical skill. One of the most successful artists of his genre he has also featured on the likes of Earthly Delights, Underyourskin and Sudbeat Music.
Opening the release “Temple of Time” is a blissful journey that explores the different timbres of the Skahuhachi flute, and the Kora string instrument. The playful interaction between these two instruments and the steady flow of the percussion has a mesmerising effect that transports the listener to ancient times.
Hraach’s interstellar approach to “Temple of Time” adds blissful pads and spacious ambience to the track. Hauntingly beautiful, the wispy textures build an ethereal atmosphere that complements the original’s percussion, and instead of looking to the past this version has us gazing up at the stars.
Third on the EP is the sensual “Astrophilia” which blends spiritual chanting with wind-instrument flutters and submerged breathing to create a ritualistic dance floor experience, and the irresistible tribal elements keep us on the path through time like a shaman guiding the trip.
Finishing the selection “Yugen” turns up the funk with its simple but effective bassline, swirling pads, and fluttering flute. The jovial breakdown is an oriental soundscape painting pictures of geisha dancing at a traditional party in a Japanese garden.
The artwork by Helia Jamali portraits the passage of time upon the Earth’s magical landscapes, and into a parallel dimension where sunsets surround a sacred geometric temple of time, with an archway leading us into the future. 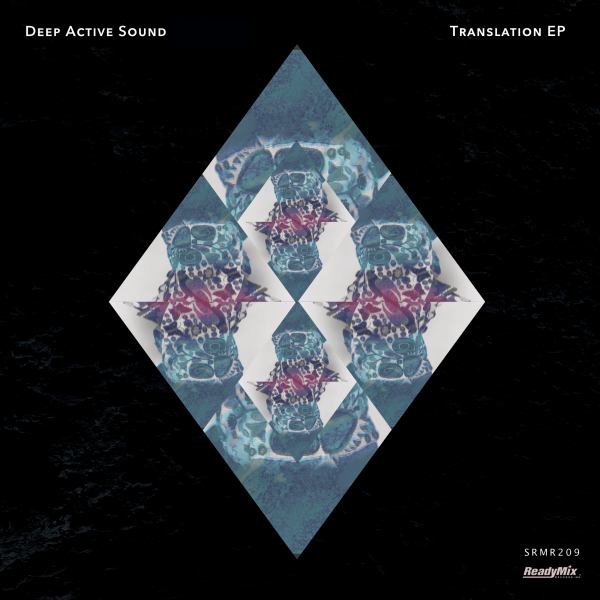 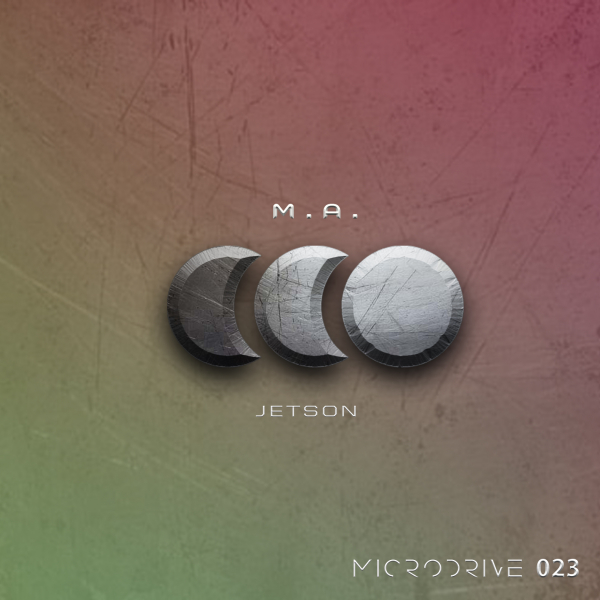