Another mighty fine year comes to a close at the OSC headquarters with this summery, soul drenched single from Silver Ivanov and Elaine Ivanov.
“Next Time” has anthem written all over it.
Clever hooks in all the right places, super clean production and an absolute stunner of a vocal by Silvers’ sister Elaine. There’s also a dub version which cuts the vocal use down and a radio mix to get straight to the point.
If this doesn’t get stuck in your head…well… we’re really not sure what would.
Enjoy the music and the last lap of 2018 for Oh So Coy Records. Sabo welcomes Australian brothers Brent and Scott Miramz aka Thankyou City to his label Sol Selectas.
Thankyou City are a regular feature at many of the events and club nights in their home country. The pair are also accomplished producers whose sound is full of warmth, utilising analogue gear and dusty vinyl samples.
Some might recognise their track from Uone’s recent mix compilation in the Balance series, but most will be more familiar with their contributions to imprints such as Open Records, onedotsixtwo, and Sprout.
Alongside the two original tracks are solo remixes from Audiofly and Jon Charnis, both highly accomplished artists.
UK and Spanish based duo Audiofly have released on many of the world’s best known electronic music labels ranging from Crosstown Rebels to their own Souvenir Music, and should need little introduction to most fans of house music with having such an extensive impact.
Jon Charnis is an American artist, who is a regular DJ at prestigious events such as the Robot Heart stage at Burning Man, but an equally established producer he has contributed tracks and remixes to the likes of Einmusika, Kindisch, Rebellion, All Day I Dream and Innervisions.
Opening the EP is the title track “Analogue Odyssey” which is a vibrant mix of sonic textures. With bursts of dramatic percussion amongst muffled vocals, xylophones and a medley of guitar samples, this trippy cut lives up to its name to deliver an epic odyssey of sound.
Reworking “Analogue Odyssey” is Audiofly, who refine the original with their own stripped back groove, which centres around the exposed vocal sample taken from the original. Still using elements of guitar they opt for a delicate piano loop to layer over the building tension of the synths.
Third on the release is the original mix of “Resend” and its ethereal flute samples laid amongst a nest of luscious and silky sounds. Atmospheric and chilled out with a laid back groove, the percussion ensures it remains club friendly and the epic synths add drama to its otherwise soothing aesthetic.
Rounding things off is Jon Charnis and his remix of “Resend” which focuses on percussive elements in order to thicken the sound and make a more club orientated version. Introducing most of the melodic elements in the main breakdown, this slow building version unfolds like a flower in bloom. Resident DJ and producer in Ibiza specialises in deep house and underground music. His studio work has led to success in the form of collaborations for different projects such as CD compilations Ibiza Global Radio, PK2, Nassau, Ibiza Sonica.

An underground sound accompanies you throughout the different tracks of Memories EP. Balearic melodies and powerful bass lines make it irresistible for the dance floor. The elegance in his first productions made us to start following him carefully. After releasing his debut ep on VL Records, he began to attract our attention. We also got to work and finally, we managed to have him with us. We are talking about Kanedo, who presents us his second ep composed by the tracks “Equality”, “New Path” and “Beach Side”. My Own Beat Records is proud to welcome Michael Lovatt to the label with his latest single Third Bass. The Berlin based producer has had a series of releases on respected labels in the scene like Deeper Shades, 3am and Something Different.

Third Bass will be available on Traxsource Exclusive from December 6 MockBeat, one of our favourite artists who’s been with us from the very beginning is back on Submarine.
After his recent releases on labels such as WOOD and vinyl release on Nie Wieder Schlafen, He brings us a track that features the magnificent and alluring voice of Alexandra Pride. Combining ambient vocals with electronic sounds the duo create a perfect combination. Equally enjoyable for relaxed listening as well as dancing.

The 2nd remix comes from Dirty Culture, Romanian producer who has chosen this remix as an introduction to his latest project – Prime Edge. He brings groovy tech rework of the original track with lot’s of classic house sounds and includes some surprising vocal twists along the way.

We strongly believe that dancing alongside this new release will do its part in warming you up during the coming winter. 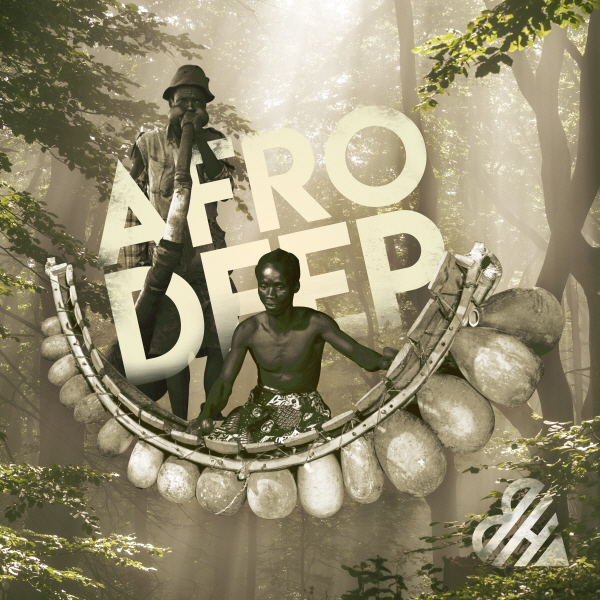