Keeping it nice and groovy as we ease our way into 2018.
Italian producer Din Jay makes his OSC debut with a chunky and soulful vocal cut “Everyday” Upfront drums ride over a chugging bassline, funky keys and nagging vocal chops. The first release by any label tends to be a special affair as it announces the labels mission statement & future potential. Leading with this debut single by Chad ,Erefaan and Lazarus called Turning.

Having been part-time collaborators on and off over the last few years, ‘Turning’ is sonically unique for both artists. We can simply hope that you feel the same way about this offering as we do at Things We Make.

The track is balanced by the pitch-shifted vocals by Lazarus Mathebula aka The Lazarusman, who has been on a hot streak over the last few years. The subliminal repeats marry themselves very well to the track and potentially sees it transform from one thing to something deeper.

‘Turning’ is about the perseverance that is needed to simply get through the day-to-day living that is our lives. Lazarus expertly gets this theme across in ways he is well known for. Panos Pissitelis – Arianna (Out Of Home Go To House Records)

It’ s time to welcome another yet upcoming and rather exciting talent to Out Of Home! Go To House! Records family. Panos Pissitelis is no stranger to the Athenian clubland, beeing a resident dj at one of the most prolific clubs in Greece, Dybbuk. He is now taking his first steps into production and we are glad to have him on board as he provided a full throttle original track, most perfectly fitted to the spirit of our label. “Arianna” EP is concluded by additional remixes from our boys Phillip Z and Antony Pl. The first release of 2018 on Seta is coming from a young and talented artist/djane from Saint Petersburg called Anastasia Zems. This EP is actually her very first official release, which consists four deep house gems slightly touched by the modern deep-tech sound. This piece in our catalogue completes the already extensive collection of quality music from Russia. Enjoy the fresh breeze from east! Hitting 2018 with a serious way, Jerk Boy drops another number as Moondog – Bird’s Lament gets another re-rub with a headnod from Maceo. Smooth as silk backed with strings, horns and chants to match, this one has been doing the rounds for us all summer.

JB’s slowly getting recognised for his cheeky flips, industry staples showing all round support such as Doorly, Weiss, Greco (NYC), Jesse Rose, Danny Dexter, Round Table Knights and Vanilla Ace. This one will be rotating in your record bag for summer’s to come. Sir Rizio – Walk With Me EP

Kicking off the year we are very excited to bring you Sir Rizio, a producer who is still deeply rooted on the pure meaning of deep house.
Walk with Me EP is a 3 tracker EP that explains and showcase the culture of deep house, on a more underground scale but still packs a dancefloor vibe.
The songs comprise of dark raw synths, thumping baselines and elevated keys with progressive arrangements to make this EP the root of deep house culture.
This EP really gives you that “Go deep or Go home” moment, a true must have for all deep house heads worldwide. Alexander Matchak – Why Not EP

We got this demo from this unknown artist and we really enjoyed it taking us to that Deep Club sound of early 2000. Alexander Matchak is the artist behind this 3 track release a Russian that hasn’t any releases yet or any appareance in Socials or whatever but finally this is music and music talks we don’t care about any others. This one will be the first release of the year and will follow with many others monthly with some special guests this year. After making their stunning debut on Afrocentric Records with ‘Drumsoul Music EP’, Afro Brotherz return with another heavenly slice of Afro House titled ‘Tick Tock’. Sun-kissed afrobeats underpinned by an enchanting tapestry of lush, emotive melodies lead by a flute that organically dances through the track, ‘Tick Tock’ will have you dreaming of beautiful places as will the hypnotic rhythms and sweeping strings of ‘Home of Africans’. Italian percussionist Silvano Del Gado lends his rhythmical wizardry, delivering a powerful big room remix of ‘Tick Tock’ where woodblocks and drumatical beats ricchochete over a growling bass hook and Afrocentric label boss Cory Centric continues to uphold his ‘No Fillers’ policy with an enchanting slice of deep, percussive bliss.

Afro Brotherz, aka DJ Click DrumSoul and DJ Mohamed, are two friends who grew up together in Mpumalanga, South Africa at a place called Vezubuhle -meaning ‘show the beauty’. They both started producing and Djing individually at the age of 18 – experimenting with a range of genres from Drum & Bass, Afro House, Afro Tech and Deep House, before joining forces firstly in 2010 and then reuniting in 2016 for some new collaborative projects. Since then their tracks including Afro Brotherz Ft. Gentlemen & Happy V ‘Regular’ and Afro Brotherz & DjCider – ‘Mexican Girl’ and others have won huge support from national radio and some of South Africa’s top dj’s including DJ SoulCandy, Dj Caiiro, DJ Reggie, Dj Shimza, Bob Ezy, Bekzin Terris and many more. In 2017 the duo made their debut on Afrocentric Records with their stunning ‘Drumsoul Music EP’ winning support from Ralf Gum, N’Dinga Gaba, Souldynamic and many more.

“We honestly can’t believe the magic of ‘Tick Tock’, all the things we experimented in the studio went right and we really feel this is our best work to date.” – Afro Brotherz Istanbul-based Tolga Böyük started his solo project islandman in 2010 and has already built quite a name for himself with a slew of self-released EPs & albums. Already a part of Istanbul’s psychedelic scene as part of the live-performing band Farfara; as islandman he builds his style off the rich history of Turkeys psychedelic rock movement while taking it one step further in his own direction.

The Anatolian tradition of fusing the country’s folk music with Western influences has produced a unique legacy of sound, as evident by the discographies of Erkin Koray and Baris Manco for instance. The guitar has long been the weapon of choice for the Anatolian sound, and so too for islandman. But apart from mastering this instrument quite eloquently, he also orchestrates it into a new and different context than merely providing hippie nostalgia.

By re-framing the murky and somewhat dusty Anatolian psychedelic sound with a cool mediterranean vibe and a very balearic-friendly production, islandman’s music is the next step in the progression of Anatolian music.

For his first full length outing on Music For Dreams, the previously released digital single “Agit” is included as well as a remix by Berlin-based M.RUX, toning down the heavy guitar dirge of the original in favour of a more bouncier interpretation.
For the most part, the tracks that make up ‘Rest In Space’ keep a steady pace of around 90-95 bpm. You’d think this might get a bit repetitive, but the journey islandman takes us on across these ten tracks is a rich and ever surprising one, full of quirky turns and mysterious instrumentations.
Opening with “Rest In Space” we are treated to a funky percussion-thick rhythm that lounges into a pool of playful & jazzy horn & flute arrangements. This is followed by the epic “Night Wind” which sweeps across cinematic desert landscapes of synth layers and falls into a dark night time groove reminiscent of Nicolas Jaar & Dave Harrington’s Darkside project.
“Seikleos” centers around a motorik electronic rhythm pattern (not unlike the classic electro-pop classic “Popcorn”) that develops into a chugging balearic house jam, topped off by an occasional flute melody and some distant chanting.
The stunning “Ikaru” wades in through chunks of jungle ambiance and watery percussion to lounge along on a rubbery funk bassline, coupled with a heavy laid back beat and wobbly derelict synth figures.
“Tawhid” is an odd mix of new wave brilliance and prog momentum that breaks into a cascade of pouring rain and surprising percussion breaks.
While mostly offering instrumental tracks, the stand out track “Future Days” brings in a female guest vocalist to complete the album with a breezy full on groover that echoes of both Sheila Chandra and Tom Tom Club.
As a whole, islandman delivers a delicate buffet of influences – spanning the spectrum from hazy balearic pop to tropical new age flirts to deep spiritual psychedelic jamming. Set to hit the shelves on January 19th via Vicious Black ”Meridian” takes things underground with a stripped back house groove, deep basslines and nagging melodic elements. A cracking start to 2018 for Marcus and be sure to sure to show your support if you dig the vibes here! Kicking off 2018 with a selection of 6 fantastic deep house tracks, packed with groove and with just a touch of our usual melodic sound, in this compilation you can hear the latest productions by Rishi K., Danny Tape, Jacobo Padilla, Schwarz & Funk, Fer Ferrari y Bruno From Ibiza, Ladies and Gents welcome to Be Adult Music Reference number 60, Happy New Year! So here we are close to our 10th anniversary this 2018 by the month of May Expmental Records will be ten years old. And we have to thank you for leting us to be alive all this time because without you this couldn’t be possible. Because of all this we going to offer you our first release of the year as always our Mental Picks series where this time we will release in most of them artists that already released on them. For this one making the number 20 we have Mobile Soul System one of our fav new comer from Russia , what this guy does for us is magic , good soul , nice vibes and amazing groove. Label boss goes to the second cut with his “Happy Life” a track on his way before he comes with his first album in following months. And for the third one another new comer ChillOhm that this time alone has made a very sweet Dub track. So lets start the 2018 and with it our 10 years ! Thanks, thanks and thanks ! Submarine Vibes proudly presents its 50th release!
For this very special occasion, we bring you brand new music from Serbian producer Chrono, with whom we had the pleasure of working in the past and would now like to welcome back to Submarine Vibes.
EP includes two original tracks called Excommunicated and Balluta Bay, and two remixes by Swedish producer Victor Norman (Underyourskin Records, Amselcom) and Croatian producer Andrologic (Mistique Music).

The release is characterized by an extraordinary mix of tech house sound, ethno motives and deep melodies accompanied by club grooves.

Chrono is a Serbian DJ and producer hailing from Subotica. He is well-known for his groovy rhythms and basslines, as well as his collaborations with numerous musicians. We would like to mention his collaboration with Bobby Shepard, where combining violin and electronic music resulted in some very intricate and engaging tracks. It is also worth mentioning that Chrono released his music on such labels as: Great Stuff Recordings, Dimiz Music, The Purr and Balkan Connection.

Victor Norman has once again proven his distinctive approach to music with this unique reinterpretation of Excommunicated. In the past, Norman has had the chance to collaborate with world-renowned producers like Dandar, Birds Of Mind and Ioanis.

With his remix of Balluta Bay, Andrologic has taken us on a progressive ride we’ll remember long after we reach its destination. The track is very characteristic of his style that brought him many accolades, as well as a collaboration with one of the best producers on the Balkans – Peter Dundov for the Mistique Music label. 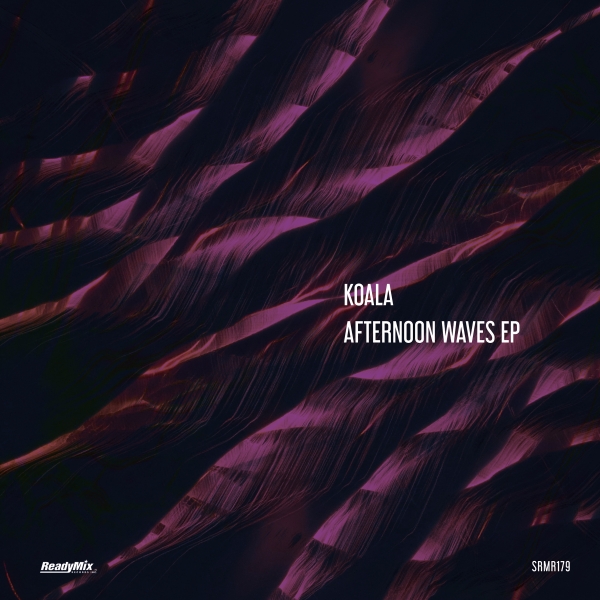 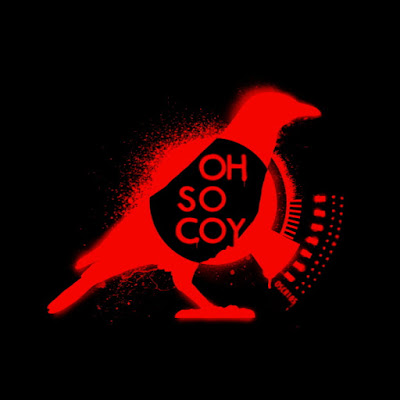