Sol Selectas is a label run by US artist Sabo, and the label matches his deep and tribal sound. The artwork is designed by his fiance Helia Jamali, and is carefully created to visualize the individual sound of each release.

Based in Alicante, there is no doubt Mark Alow is leading the way for the city’s next generation of artists, as still a young producer he has already built up an impressive back catalogue, and is arguably one of Spain’s most exciting new talents.

Alongside the two original tracks on this release are heavyweight remixes from UNER and Robbie Akbal who each provide a solo rework.

UNER is an artist who to fans of melodic house and techno needs little introduction, with releases on labels that have ranged from Bedrock to Diynamic, making his first appearance on Sol Selectas with a track on the labels Summer Sol II compilation released in 2017. Making a welcome return to the label, UNER’s remix on this release is trademark of his much loved sound.

Robbie Akbal is a Mexican artist now living in Germany, and has released on labels such as Crosstown Rebels, Kindisch, Culprit, Get Physical and No.19 Music. Often a collaborator with other artists such as Aidan Lavelle, Audiofly and Dance Spirit, this solo outing from Robbie Akbal focuses on the more melodic side of his style.

First up is “Golden Tiger” with its pulsating synths that blend with vocal chants and stripped back percussion. Hypnotic and captivating the track had an undeniably spiritual sound that’s groove is tailor made for a dancefloor. Chic and understated this is proper House music that’s both Deep and Techy.

The first remix of “Golden Tiger” comes from UNER, which has an extended ambient intro before the drums are finally introduced about a minute into the track. Slow building with fast flowing percussive rhythms, UNER puts his stamp on things with the addition of an epic synth line that leads the track. Keeping the originals chants but using them more as textures, this exquisite melodic rework is epic and club focused.

“White Tusk” is the second of the original tracks by Mark Alow. Tribal congas and atmospheric synths combine to create a deep and laidback groove, which is the foundation for soothing female vocals of ethnic origins. Oriental flutes add to the sense of intrigue and mystery along with an overall warm and welcoming vibe that runs through this deep house masterpiece.

Robbie Akbal finishes the release with his remix of “White Tusk” that focuses more on the synths and a more rigid set of rhythms that are noticeably more up-tempo than the original. Still atmospheric but more tightly sequenced this version is a perfect alternative for those whose sound leans more towards the melodic side of House music. Dallas, Texas based Audiophile Records launched in December of 2017 as yet another addition in the ever expanding line of Audiophile Music Group labels. Dialing into our love for classic house, jackin house, and chicago influences, Audiophile Records exhibits dance floor cuts that keep the magic of real house music alive and strong. Funky, groovy, harmonious and many times vocal elements are what drives our catalog and the direction in which we plan to harbor our efforts in. The Favela EP is the first offering from 2fox, an electronic music production duo from east London bringing their custom sound to new label Arusha Records.

Max Sinàl, a Dj and music producer and Renell Shaw, a songwriter and multi-instrumentalist debut a four track ep that draws its inspiration from the African diaspora and London’s eclectic culture.

All four tracks feature the finesse of Zimbabwean born Nandi’s vocals as she seamlessly moves between her mother tongue of Ndebele and English. Weisses Licht return to Lucidlow for release #150, with the pairing delivering on their motif of widescreen, full spectrum deepness to the letter. ‘Kinetic’ is comprised of four tracks with enough depth to make you feel like you’ve donned a VR headset and stepped into an entirely new world.

The title track has a broad landscape of texture that encompasses the entire sonic landscape. You visualise this as a stage where the percussion, low twanging bass stabs and dappling waterfall texture take up roles as appropriate. You’ll pick out elements in the upper right register, some in the lower left, others flanking the centre, with a sample from a lecture dominating centre stage as it reads out over the sole breakdown.

‘Deep Down Below’ then into classic Lucidflow territory. Resonant washes, beat arrangements that has intricate programming and crystal clear clarity, and warm inviting melodies the hypnotically tug at your consciousness.

More intense, ‘Circuit’ cuts through the deepness with sparkling 909 hi-hat work. This is counterbalanced by orchestral flourishes. It is the sort of material you’d find appropriate if you were flying through space with stars streaking into colours as lightspeed whisks you into the unknown. It is reverent and enigmatic.

Finally, ‘Detachment’ opts to eek out a considered structure. The intro is carefully unwound, percussive and centred around a low organ bassline. Everything drops halfway through to let some shifting chords before resuming course. It is one of those tracks that is a perfect post-gear change moment for when you want to maintain energy and momentum.

The ‘Kinetic’ release will be available through the usual digital outlets on 26.03.2018. Savio De Simone is a new entry in the list of Sunclock artists. ‘Houba’ is an elegant afro track with strong deep tech influences. The use of electronic synths, together with percussions and composed in a workmanlike manner ensure a high quality groove.
’Soft Noise’ has a similar Afro-deep nature but with a softer atmosphere. The gentle electronic percussion gently supports the whole piece. The synth in this track is more celestial and mystical thanks to the impersonal inserts of voice effects. The break towards the end is long and exciting, but of great impact on the dancefloor.

An interesting musical point of view not to be underestimated. Coming hot on the heels of their last VA, the brilliant Clouded House imprint returns here with a hearty four-tracker that speaks volumes for their penchant for glorious house tropes. Featuring the talents of Poth0les, Pelati Riviera, Ben Gomori and label boss Lukas Lyrestam, ‘Dear House, With Love!’ is an energetic slice of brilliance that expertly pays homage to the label’s genre of choice.

The concept behind the release is a relatively straight-forward but nonetheless unique one, as Lyrestam simply asked all those involved to ‘sum up how house music made them feel’. Step forward the four producers involved, all of whom declare their love for house with the sort of panache the label is quickly earning a repp for.

Getting us going is the sounds of Poth0les’ expert, ‘Viberations’. A glorious ride to the depths of the deep, this one stands out from the crowd thanks to its woodpecker percussion and hazy baselines. A warm and inviting track that acts as the perfect tonic to these cooler climes, it gets us under way with considerable distinction.

Next up is emerging Italian producers, Pelati Riviera aka DJ Soch and Rame (from Pastaboys). Their track is more firmly led toward the dancefloor. Indicative of a classic old school Italian house jam, it’s full of smile-inducing vibes and is sure to go down a treat on any receptive dancefloor. Lyrestam then takes the reins after courtesy of ‘Joy-Ride’. The most eclectic of the tracks on offer, it’s characterised by its unpredictable, simmering synths and an all-round positive aesthetic that’s abundant throughout the entire release.

Seeing us out is Ben Gomori’s ‘Mind Palace. The London native has been on a bit of a roll recently, and his contribution here goes some way to extending that purple patch. A sticky banger that’s stuffed full of emotion, it too wears its heart on its sleeve. A serious statement of intent, ‘Dear House, With Love!’ sees Clouded House kick off 2018 in seriously auspicious fashion. The 20th release from Johannesburg based Bodikela Recordings brings another dance floor banger by the guys that always deliver the sweets… Samuri, Divided Souls & Sidney Spaeth with their recent track “Uthando”. Already gaining attention since the Amsterdam Dance Event in late 2017 this afro tech beast finally gets it’s worldwide release on 02/03/2018. It comes sharp with its mysterious and cool afro grooves paired with ethnic instruments and an infectious arp line that screams for peak time. A sound that you hear more and more between Cape Town, London and Berlin. A Dub mix is added which doesn’t feature any vocals and is more like an instrumental. Lover of dub sounds is how still ill defined. One of the Bulgarian deep tech talented arrives to 12+1 London with three original tracks. This EP is a travel from old classic house to modern micro house/minimal with a quick stop on the deeper senses with ‘Spirit’ and his personal melody. First cut called ‘Other Theory’ also the name of this extended play young basque talent based in Donosti, Jon Costas, made his personal version of the song keeping up the groove plus deep essence. For our first release on Chronovision Ibiza sub label Chronosoul, we have the pleasure to welcome spanish DJ & producer Manuel Costela, also known as ‘Oval Future Face’ or one half of ‘Defence of Excess’. With tracks being played on BBC Radio 1 or remixed by Pablo Bolivar, Manuel is a soulful man that we had to get on our imprint.
Four Original tracks for his Boogie Feet EP, deep, soulful, funky and with a touch of Jazz, magic things happen when analogue meets electronic music. Release number 182 on Ready Mix comes from the musical mind of Estonia’s Jürgen Pärnsalu aka Kyka. A producer and DJ with over two decades of experience, Kyka has built up an enviable reputation among lovers of progressive and deep house sounds.

Macedonian producer Oliver Petkovski applies a different kind of progression to “Horizon”, driving and percussive at times, soft and inviting at others, all whilst retaining the track’s sense of space. We are pleased to present the new musical work of the canary artist Nacho Corominas.

From his residence as a producer and DJ in Sri Lanka shows us his version more deep with Dreaming of a Game Feat. Lisa DB.

An original mix style deephouse laden groove and feeling.
The release is accompanied by several remixes.

An eclectic sound achieved by the Italian duo Club Squisito, former members of ‘Black Box’ a mythical band of the 80s. The real deep sound of the Dutch producer ZaVen, talented artist owner of Batavia Records. And as a closing EP you can enjoy the Piano remix of the UruMusicart duo. They are specialized in downtempo style and directors of Shamkara weekly radio program that is broadcast on Ibiza Global Radio.

Dreaming of a Game EP is the best musical choice to accompany you at all times. Vision Collective Recordings present the debut release by Motiva which is the production partnership of brothers Hugh & Gavin Desmond from Cork City, Ireland. The release contains two quality Deep House tracks. ‘The Gambler’ is a smoothy produced atmospherice deep and jazzy track with a solid groove. ‘Passing By’ is a more mellow and laid back affair with subtle sounds and tones to soundtrack those late night sessions

For more details on this and other releases please visit: 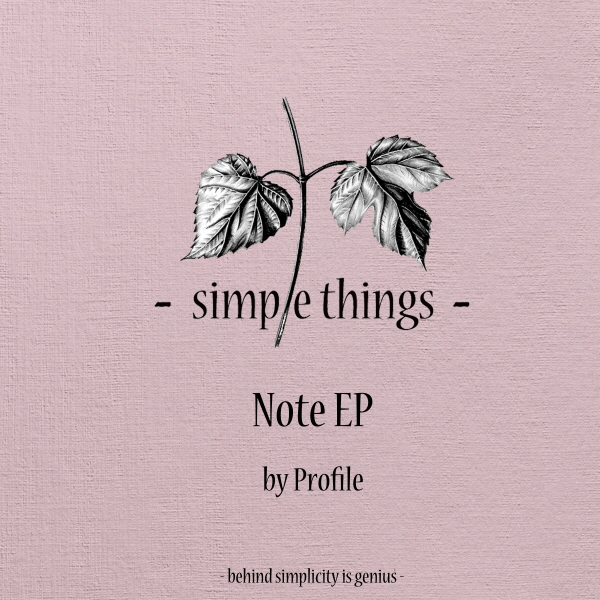 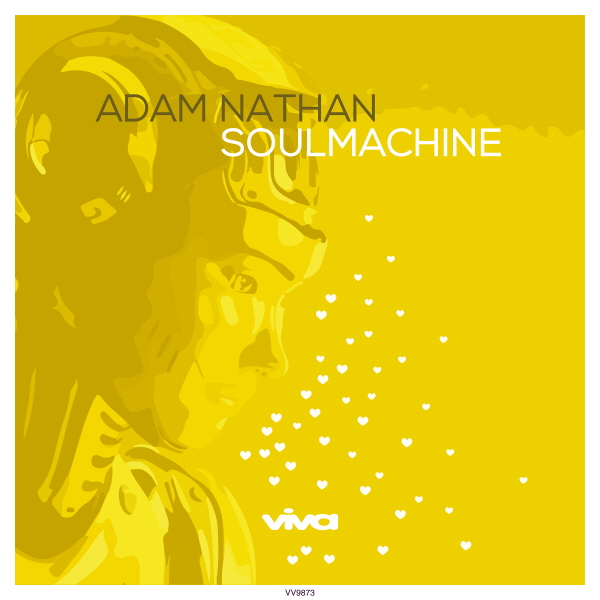