Shamkara Records presents the the third volume of the Chromatic Series Selections, a compilation specially dedicated to sound and vibration.

Together they form the perfect team to deliver beautiful rhythms and melodies. Nytxpress Musiq delivers a package filled with cheeky-&-nasty chords with tripping drums and a fusion of deep & soul.

He describes this release as: ‘Even if you’re a lone person, you can catch a feeling on what you do & hear and get up on your feet.’ Miguel Graca & Ladybird – All I Wanna Do (Viva Recordings)

Miguel Graça’s discography is known to connoisseurs of deep house, through his 12” singles dating back to the mid-90s to releases on his Montreal-based Pronto Musique imprint. For “All I Wanna Do,” Miguel enlists Ladybird, the legendary French/Australian vocalist best known as the voice behind Soldiers of Twilight and the F Communications smash “My Precious Thing.”

“All I Wanna Do” presents fresh, understated deep house, deftly combining Miguel’s sleek music production and Ladybird’s affecting vocals. The bass line pulses as swooping synth pads and techy chords flavor the midrange. Ladybird’s lovely voice speaks for all of us as she sings, “All I wanna do is dance, babe.”

Also included is Miguel’s crisp, uptempo Vibe Dub, an instrumental of the original version, and an exquisite Beatless Mix for those come-down moments. It’s another exceptional pack of tracks from Viva Recordings. Sascha Sonido is well-known in the international scene for running Straight Ahead Music, for his inspiring selections as well as for his releases with Cyclic Records, Viva Music, Kling Klong, Frequenza Limited, Supdub, Snatch Records, Trapez LTD, Doppelgänger and Red Lunar Records, to name just a few labels.

With an extended experience under his belt, his love and dedication for the electronic music scene are powered by pure passion, hard work and a distinct, forward-thinking vision upon modern house, techno and minimal genres.

“Relax Your Soul” reveals a steady-paced journey, elegantly constructed with prominent percussive elements, a solid bassline, funky synth work and subtly modulated vocal samples that call for the listener to get into the mood for a relaxed sonic experience. Igor Vicente‘s remix aims for an uplifting organic re-interpretation where numerous additional effects are brought forward in order to create a hypnotic sound.

The other two tracks explore different rhythmic variations, with “Point Of View” going for a pumping ride flavoured with several intriguing variations while “Master Of Deepness” rolls with immersive background textures which evolve into a spacious breakdown that focuses on highlighting the bright tones and the carefully crafted dub nuances. Washington DC based artist Enamour walks the line between deep introspection and pure dancefloor energy on a superb new single for Kindisch.

Specializing in deep, melodic house and techno, Enamour has always found himself at the intersection of many genres, continually making fans out of esteemed curators like Pete Tong and Danny Howard as well as leaders like Sasha, Guy J, Mark Knight and Oliver Koletzki. He has been featured as an
artist-to-watch by Mixmag and DJ Mag while releasing music on labels such as Anjunadeep, Desert Hearts, whatiplay, and Future Classic, among many others.

Opener ‘Dragonfly’ features Hon Jao, a DC-based violinist, who adds a cheerful, catchy riff to the smooth instrumental. The spine tingling track has gentle beats and lush, spiritual chords as well as plenty of delicate melodic motifs that lend it a harmonious feel as it unfolds with a sense of real awe and beauty.

The brilliantly heady ‘Undone’ is a romantic six minute roller that takes you deep into pensive moods and grooves, with an airy vocal up top adding a soulful touch. The delicate pads and piano are truly majestic as this one gets you ever deeper under its spell.

These are two classy tracks that perfectly suit the Kindisch sound. After his track Octaves released in 2015 on Selection Box 1 compilation, Troyder is making his sound more visible with a new 4 track ep, Delta. Starting with Molding track, the release open with slow ambient deep sound which provides a perfect opening for the EP.

Second track keeps the ambient going, but within 4/4 deep house style. The Labyrinth of Enlightenment continues as a hypnotic track with slow melody, dreamlike vocals and extra atmospheric pads placed cleverly along the way.

Third one, Quantum Spirituality is a collaboration with Tee Maestro, the most rhythmatic track from the release that provides energizing and refreshing shades of basslines and cuts while maintains as well the relaxing and calming background ambient with a slight touch of dub techno chords.

The last one, Delta, ends the release with a refreshing melody line that has parts of rhodes effect in construction of the track, ending in the same hypnotic way as the beginning. Overall Delta has the Troyder style on all tracks that has a build of slow-ish bpm and warm feel. As a part of his style, all tracks brings the dub of his sound that has been present for some years and will be existent in the future also. Founder of Romana Records & On The House Records Magnus Asberg is here to grace us with a twelve track album with pure variety and plenty of unexpected moments.

The extended body of work “So Now”, sits comfortably on US label Future Is Now following on from a stand out EP from, Lou Flores. Magnus has an illustrious back catalogue spanning across multiple decades, yet he never seems to tire or fail to propel innovative music.
The album meanders through slick minimal moods, and funk laden house, a blend of genres we have become accustomed to from the long term producer.

Kicking things off is, “Beat Rhythm”. This one hits hard but keeps things afloat with the dreamy hits under laying the track, sends you into a spiral and the vocals snap you back to reality. Next, keeping things going, “Bomb Da Bass”, a pure maze of surprise with a french house backdrop. Reminiscent of the old skool, this one certainly delivers the groove.

“Boogieman” takes you straight into another world. A combination of disjointed vocals and mind warping sounds come through while the drums keep it alive and pumping. You can imagine this track shaking the walls in Fabric’s Room 1.

A much deeper, slower feel on “Cosmic Girl” but always keeping it moving. There is a great contrast with the rolling drums and the deep synth that comes in and out as the track progresses. “Don’t Be Late” is forever progressing with more layers that take you on a variety of different paths but still keeps it tight.

Again, more surprises on this track as is known with Magnus’ previous work. At the mid way point a truly massive bass line rides throughout on “I Just Want To Fly” while the tripping hi hats elevate the groove of the track. The contrast between the sub shaking bass line and the flute melody is wild. A track made for the moments.

From the get go “In Love Again” is a party starter. The clean bass arrangements and the emptive synth give feelings of summer. You can hear the 90’s pouring out of this with that garage-esque vocal which flows through the track. “Jack“ is a dance floor heater, the side chaining bass collides with the kick relentlessly and gets you dancing. On the breakdown it gives the feeling you have fallen into another track only to be shot back regurgitated on the other side.

In “Love to Watch You Dance”, straight away the vocals take hold of the track before flashing in and out, giving you space to think. As with the previous tracks, this one keeps it raw and deep. On the breakdown it strips right back but comes back in full swing. Can feel the Detroit influence on this one.

A chilling melody trickles across “Mitzy” creating an eerie vibe. As the track progresses, more layers of and textures flurry in and out adding to the melancholic mood. Nearing the end of the album, title track, “So Now” is next with a more low down vibe catering for the early morning vibes. Magnus in fine storytelling form here.

Rounding off proceedings of this fantastic LP is, “This One Goes Out To”. A fitting end to the journey, maintaining the key vibes of the album, but simultaneously making sure it is pumping. It is no surprise Magnus Asberg has conjured up more imaginative music, magic from start to finish with surprises at every corner.

Another great release to add to Future Is Now’s eclectic catalog who set their grips firmly on another great year in 2021. Shikai – Never Be Yours (Armada Music)

Shortly after seeing his track ‘Equanimity’ included on the 4th volume of the Chill Executive Officer album series, Sri Lankan artist Shikai follows suit with another record of expert making ‘Never Be Yours’ which will be exclusively released on the 14th of May 2021 on the 8th volume of the aforementioned series under Armada music.
After receiving support from the likes of Maykel Piron, Armada Music, Nederlands Top 40, and Yes FM Sri Lanka the House music artist is returning bigger and better than ever.

Originating from the paradise island of Sri Lanka, Shikai is proud to be an upcoming producer/DJ based in Colombo. He is mainly known for his Tropical and Deep House music. Being surrounded by a budding EDM scene and inspired by artists such as Kygo and Thomas Jack, prompted his passion for music production which lead him to begin making beats at the age of 15.

Shikai’s latest offering ‘Equanimity’ which was exclusively released on the 4th volume of Maykel Piron’s Chill Executive Officer album series under Armada Music has seen wide critical acclaim, being playlisted across Nederlands Top 40, Sinhala lounging (Spotify Editorial), Armada top 100, Armada Chill out top 1000 and Armada chill, getting spun on Armada next hosted by Ben Malone and Maykel Piron and was featured on Yes FM homegrown top 15. Shikai found 2021 to be his most exciting year to date, but is set to take his rising status up another notch with ‘Never Be Yours’.

Clocking over 10,000 streams on Spotify in just over a month for his latest release which is streamed hundreds of times daily, through his distinct use of tantalising harmonies, breezy vibes, gentle tones, and infectious laid back grooves that stick; Shikai makes himself known as an upcoming artist that sets himself apart from his contemporaries, offering a bold new imagining of the house music genre. 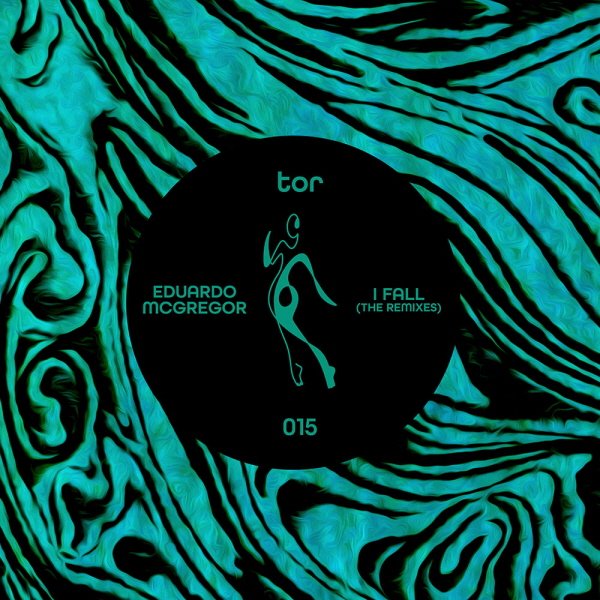 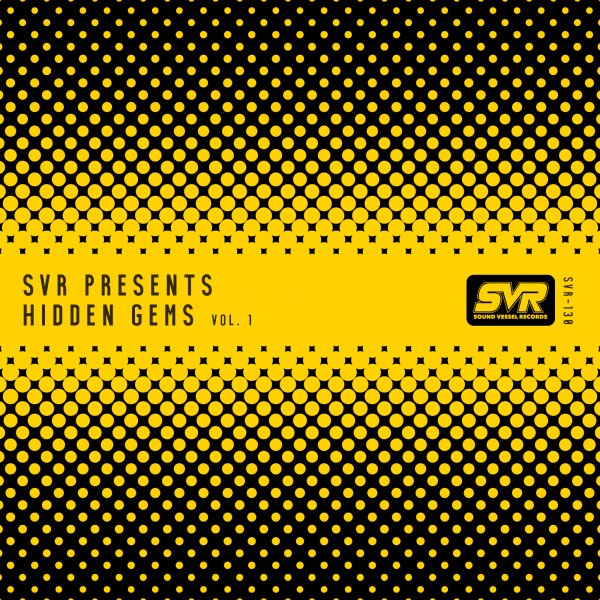