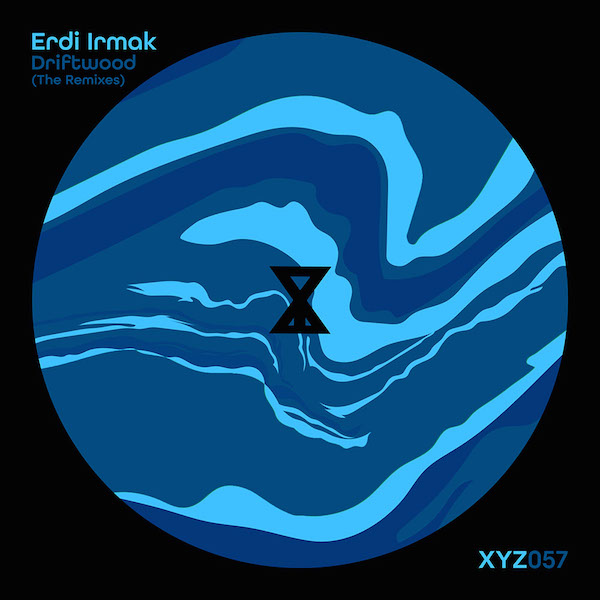 Erdi Irmak – Driftwood (The Remixes) (When We Dip XYZ)

Erdi Irmak is a Turkish artist known for his deep and sensual, melodic house releases on labels such as Tale & Tone, Hoomidaas and Magician On Duty.

Earlier in 2022 he dropped an EP on When We Dip’s record label XYZ and the release has been revisited with a set of exquisite new remixes by Maty Owl, Niki Sadeki and a collaborative rework from Oiseau de Nuit and Laure.

Maty Owl is a Brazilian artist who has contributed tracks and remixes to the likes of Timeless Moment, Saisons and Get Physical. His remix of “I Can Find” is majestic organic house with deep atmosphere and soothing melodies.

Niki Sadeki is a Canadian artist who is already known internationally for her exceptional DJ skills. She has recently started producing music and has already achieved releases on down. and her own imprint Quetame. Her mesmerising rework of “Rainflow” has hypnotic rhythms and poignant emotion layered with epic synth pads.

Oiseau de Nuit is a fresh talent who has already worked with the likes of Saisons and Exotic Refreshment as here he teams up with fellow newcomer Laure. Their cinematic remix of “I Can Find” makes good use of the original’s haunting vocals by vocalist Amega and adds a stunning steel drum melody that lifts the mood with uplifting vibes. 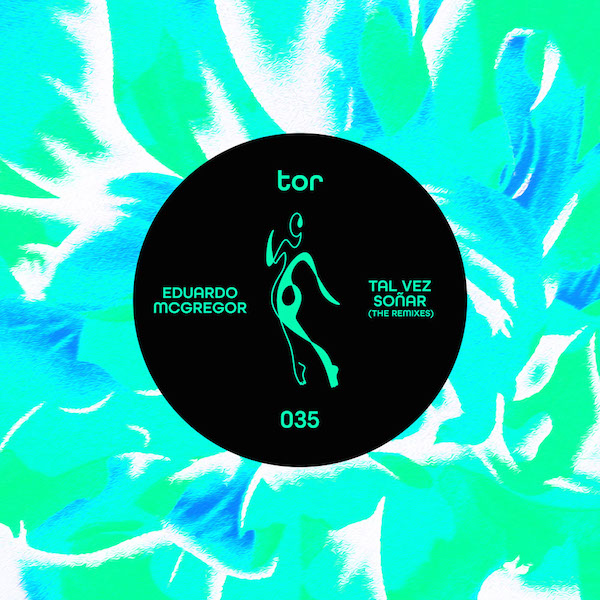 Eduardo McGregor is known for his mystifying organic house releases on labels such as All Day I Dream, Sudbeat and TRYBESof.

Earlier this year Eduardo McGregor dropped his Tal Vez Soñar EP on When We Dip’s record label TOR and that release has been revised with a set of brand-new organic house remixes that revitalise the enchanting originals.

Three of the four new versions are collaborative reworks by Hole Box & Vite, Massio & Josta, Ilias Katelanos & Plecta and there is also a solo remix from JFR.

Hole Box and Vite are both Mexican artists and together they have previously feature on Tale & Tone, while Hole Box has also featured solo tracks on the likes of Akbal Music.

Massio and Josta have also dropped joint music on labels such as Keyfound. Massio is also known for his individual works on the likes of Sirin Music and Josta hosts a monthly show on Proton Radio.

Ilias Katelanos is a Greek artist and he joins forces with Josta who has also worked with him on a release for Amulanga. Josta has also dropped solo tracks on Hoomidaas and is famed for his releases on labels such as The Purr.

JFR is a talented young producer whose been making waves following his releases on labels including Anjunadeep.

Each of these stunning reworks is a fusion of organic percussion and uplifting melodies merged with deep atmosphere to create dance floor orientated tracks with a spine-tingling vibe. 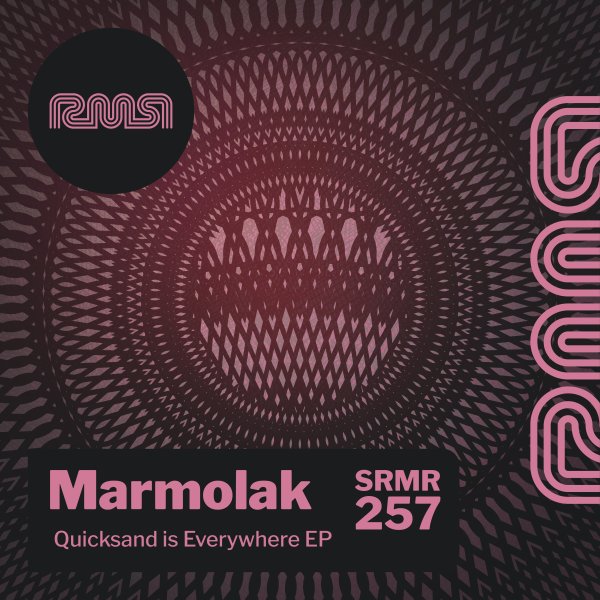 Ready Mix founder BiGz cooks up a delectable helping of electronic dub, gently blending the original parts into a smooth and nutritious groove-cake, with an icing that’s all his own.

Marmolak’s second original, ‘Ripple’, raises the tempo a little and wraps itself around robotic synth plucks and a rock-solid kick and bass groove.

Making an impressive debut on Ready Mix, Serhe rolls out a deep-tech version of ‘Ripple’, with Afro-inspired percussion and expansive atmospherics. 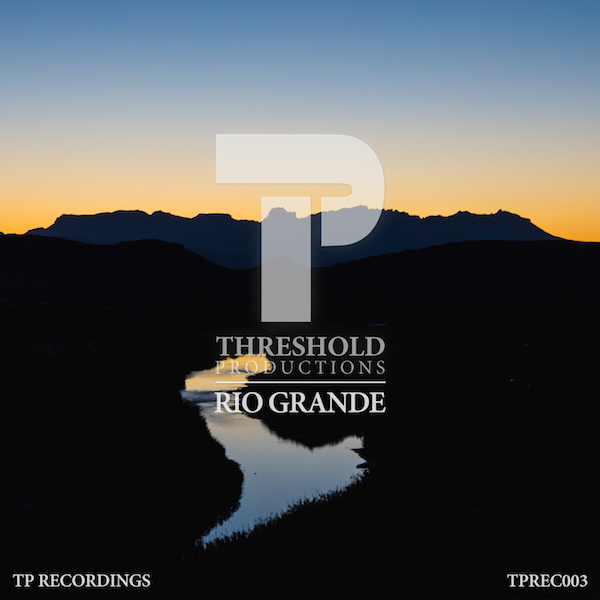 Something as unusual as a fusion of tech house and americana. We think you’ll enjoy it. Very atmospheric and large sound space with dubby echoes and some acoustic instruments.

Threshold Productions started making electronic music in the early 80’s after getting his first synthesizer. Since then he’s been a member in many bands and started his solo debut in 2002. He’s been awarded track of the month in IDJ Magazine. Threshold Productions released on labels such as TP Recordings, Baroque Records, RPO Records, BQ, Dance N Dust, Earhead Audio, Crosslink Music, Clinique Records, 3xA Music, Rythm Royal among others. 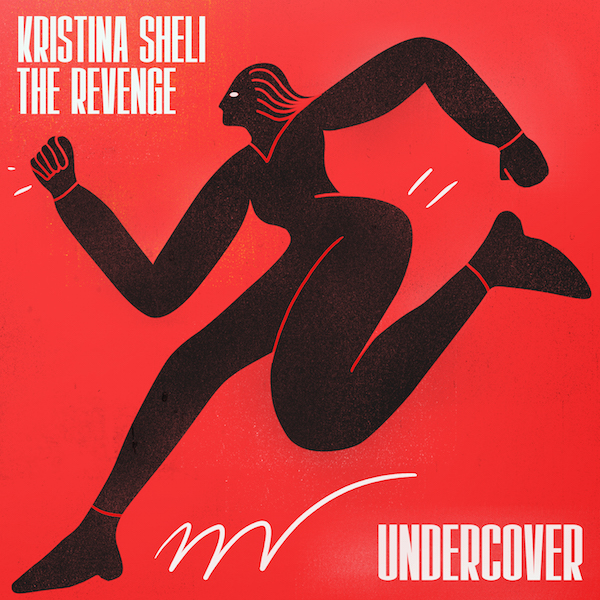 Sheli was born in Georgia but has made her mark on the Berlin scene where she’s lived over the last decade. She is a live performer and vocalist who has played with various bands at places like Kater Blau and for labels such as King Street and Hive Audio. She also runs her own 4PAWS Records and has collaborated with respected artists across the worlds of house, trip-hop and soul. One of them is The Revenge aka Graeme Clark who is known for his sublime and forward-thinking productions. From dusty disco to deep house he does it all to great acclaim, often on his Roar Groove imprint or with Craig Smith as 6th Borough Project.

First comes ‘Running Undercover,’ a brilliantly minimal synth house tune with clipped kicks and dry hits. A taught and catchy bassline props up the infectious groove as Kristina’s steamy, intimate vocal line brings a sense of mystery. Though subtle and restrained, this tune has the potential to become a real underground anthem, not least because of the playful sax notes at the breakdown.

‘Something More’ is another gem, this time with leggy drums and percolating bass under cosmic and shimmering chords. The exquisite vocal from Kristina is loose and airy, soaring up high as pulsing bass notes keep the groove and synths bring feelings of magical melancholy.

These are two artful and original tunes from this fantastic pairing. 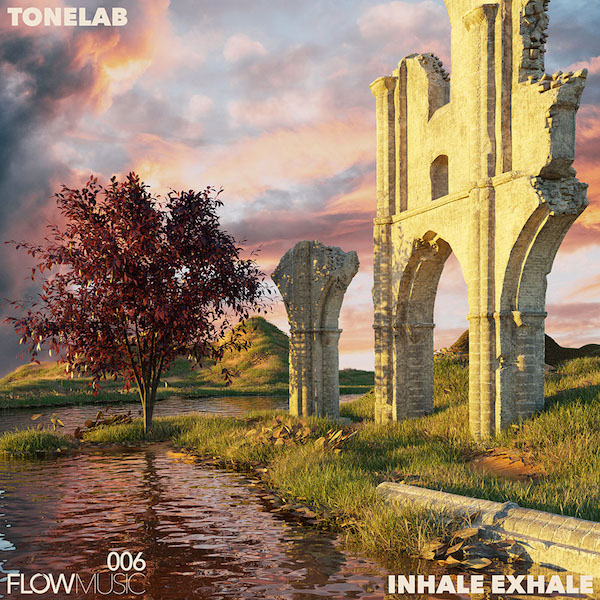 Flow Music is an Australian record label focused on melodic house with organic sounds and the imprint’s new release features original music from Tonelab plus remixes by Nōpi and El Mundo.

Philip Rex aka Tonelab is an Australian artist based in Melbourne who has also released on labels such as Traum. Philip Rex has been involved in music from a young age and before his career in electronic music, he was a jazz musician famed for being one of Australia’s most in-demand double bass players. He was also one half of the Decoy duo and has played at festivals across the globe such as Vuuv, Glade, Wonderland, Rainbow Serpent, Earthcore, Eclipse and Maitreya.

El Mundo featured on the last Flow Music release when he collaborated on a remix with regular production partner Zazou. This time the German producer is working in a solo capacity in the deep and organic style he has previously featured on the likes of Crosstown Rebels, Get Physical and Akbal Music.

Nōpi is a young Ukrainian producer whose making his debut on Flow Music following outings on scene-leading record labels such as Anjunadeep, Do Not Sit and All Day I Dream.

“Inhale Exhale” is the EP’s original track and it’s got a slow-burning groove with haunting male vocals and poignant chords layered with soaring pads and dance floor focused percussion. Nōpi’s remix of Inhale Exhale strips back the original and layers new tribal percussion plus a sub-heavy bassline to create a techy version full of atmosphere. El Mundo’s remix introduces a new piano riff to create a spine-tingling version that’s full of suspense, while the original’s vocals fill it with emotion. 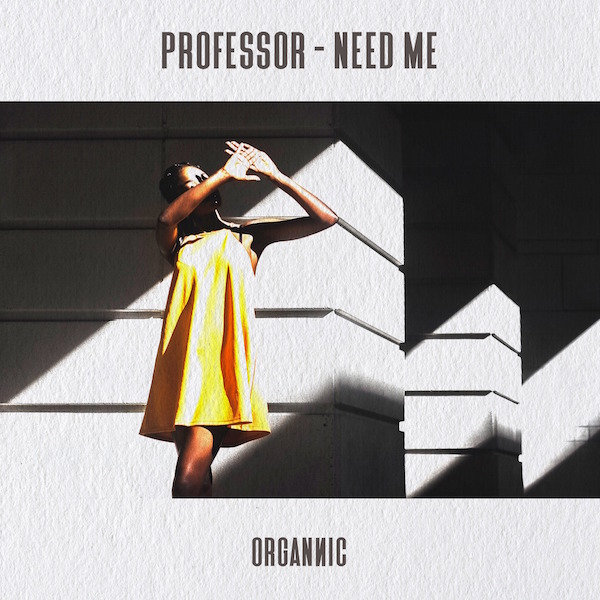 Mr Professor is back on the organic house dancefloor. ‘Need me’ is the latest single, projected to drive you back to the summer mood. 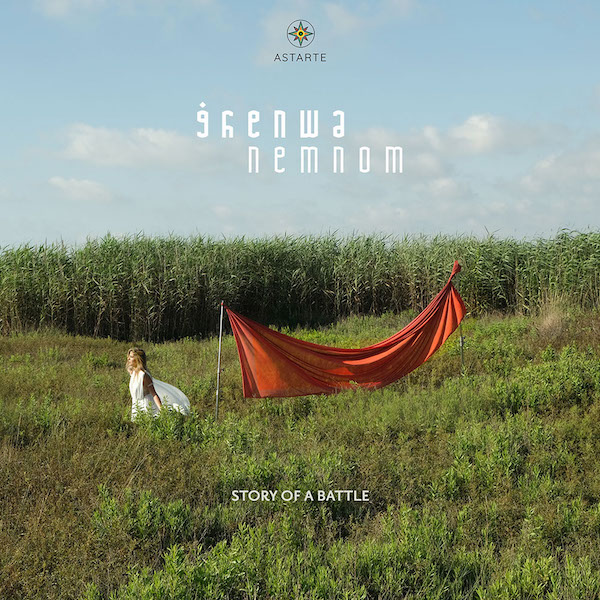 Ghenwa Nemnom is a Lebanese musician who blends her classically trained musicianship with electronic sounds to create organic house tracks that have been released on labels such as YION, Melody of the Soul, Café De Anatolia and Alt Orient.

Her latest release is also the launch of her own record label Astarte and along with her cinematic original track, it also features a remix by Chris Zippel who is known for his uplifting style of melodic house.

Chris Zippel is a Berlin born producer who also spends a lot of time in Ibiza. He is a respected studio producer whose worked with everyone from the Pet Shop Boys to Steve Lawler and featured on a diverse range of labels including Mango Alley, Embassy One and Tresor.

The original mix of “Story of a Battle” is a majestic electronica track that blends traditional oriental instruments with an electronic section, introducing a throbbing synth bass and sequenced percussion. The track tells a dramatic story of life battles, and precisely, the biggest one of them all, the battle with ourselves, the battle within.

Chris Zippel transforms Story of a Battle with a percussive remix that layers the original’s orchestral elements with electronic beats and captivating synths. Adding uplifting pads and his own spine-tingling melodies, he captures the emotion of the original. Lifting things up a gear after the main breakdown, his rework has a smouldering heat that’s perfect for the dance floor. 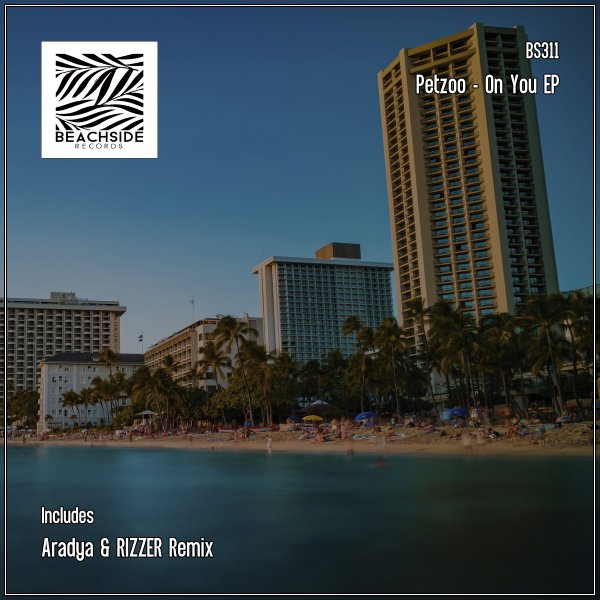 Petzoo – On You EP (Beachside Records)

The new release on Beachside Records showcases Petzoo as a new member of the family of artists.

On You EP includes 2 explosive tracks of the finest melodic techno full of analog sounds, good groove, atmospheric pads and vocals that encourage dancing.
As an ideal complement there are 2 powerful remixes by brothers Aradya and RIZZER who come to set the dance floor on fire with their personal version of the main track of this great release. 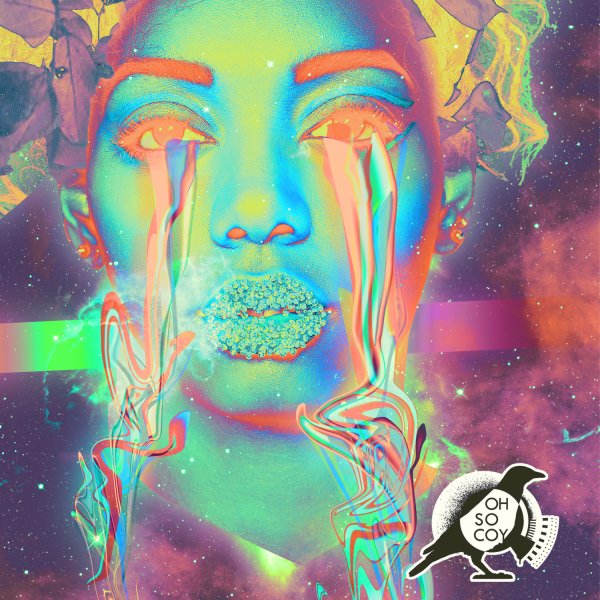 Brandon Wheller makes a welcome return to Oh So Coy with a track inspired by the late House legend Romanthony.

‘It’s Not A Happy Thing’ is hypnotic & melodic with pristine production. Vocals chopped from an old Romanthony interview convey the trials and tribulations of creating emotional music that people can connect with. 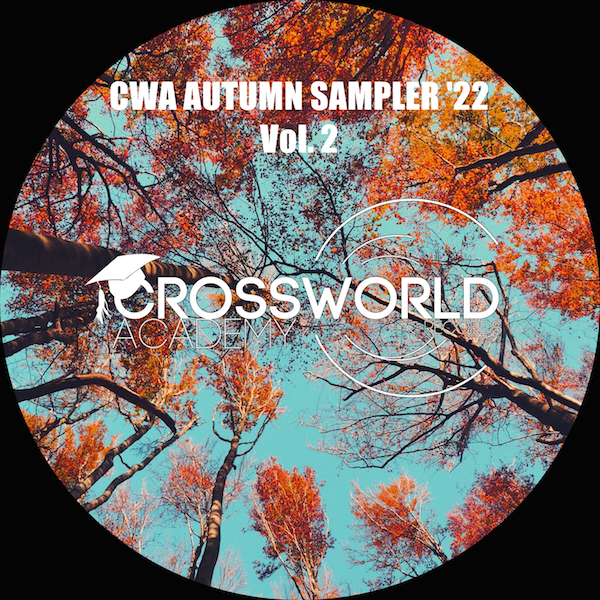 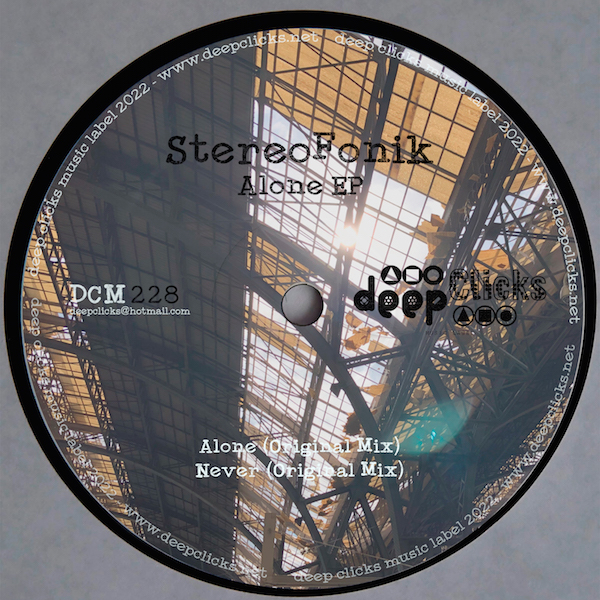 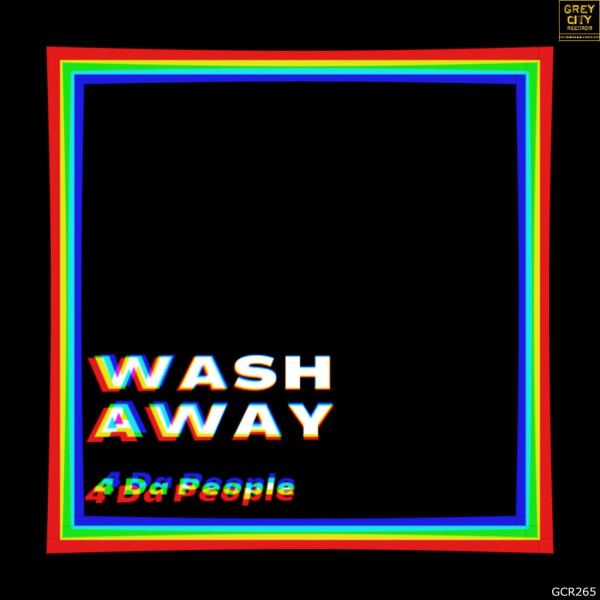 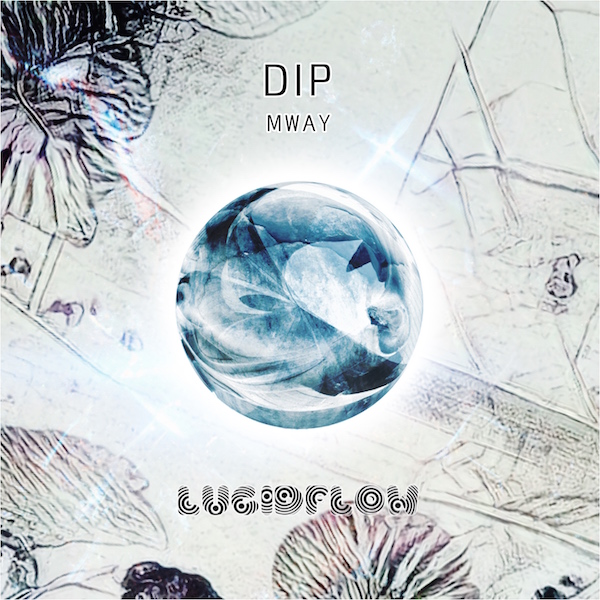 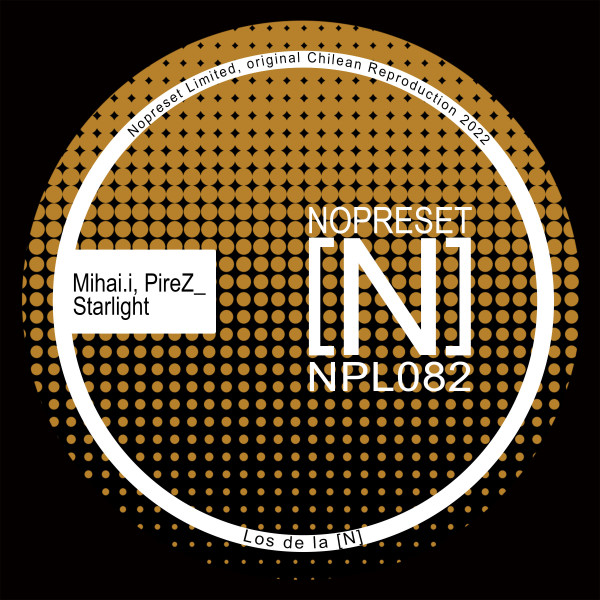 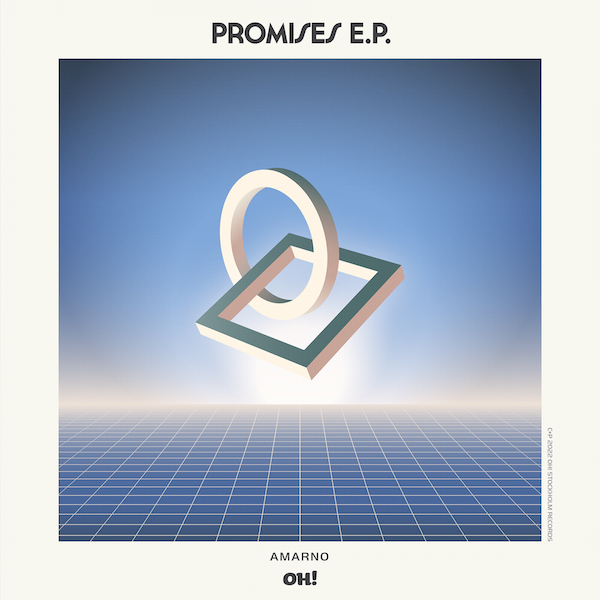 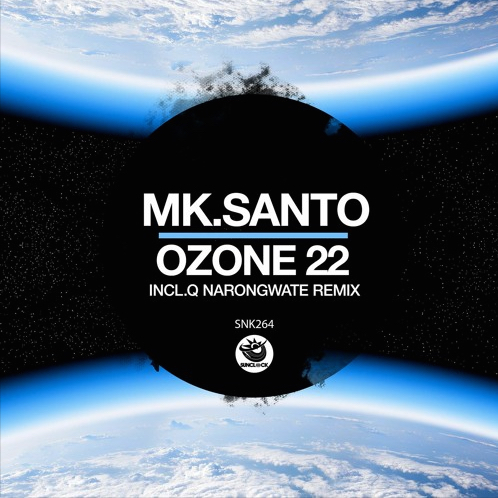 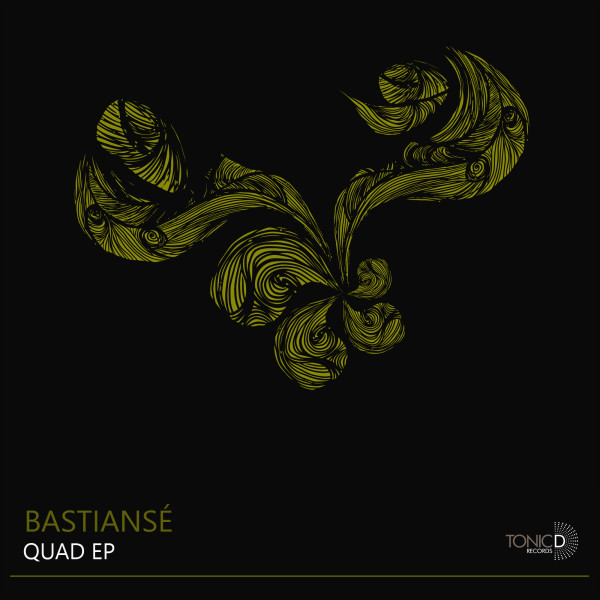 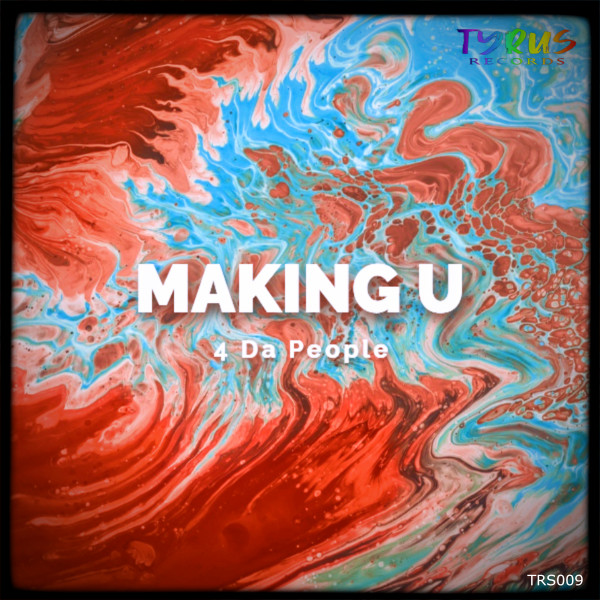 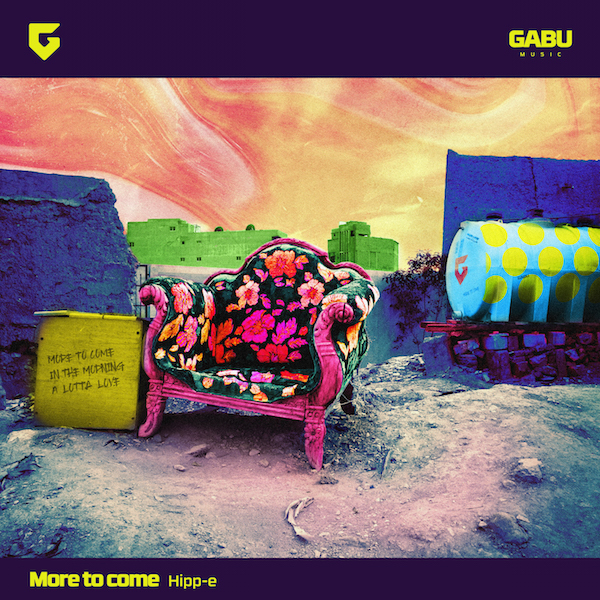 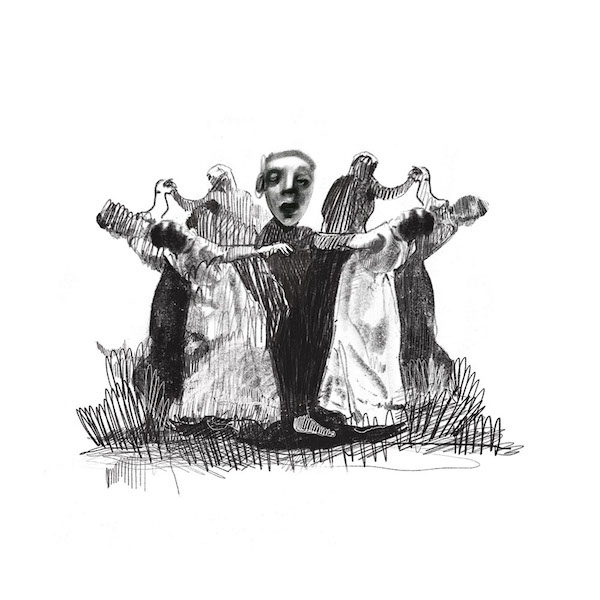