Sabo’s record label, Sol Selectas drops a new EP from Greek artist Da Mike who has been making waves with his mystifying style of Afro house.

Da Mike’s style blends dramatic synths with Afro rhythms and organic textures to create captivating tracks that have been a feature of other record labels such as Hyenah’s Rise Music, MoBlack Records and Nic Fanciulli’s Saved Records.

He is also a talented DJ who is well-known for being a resident at the Global Fantasy events in Greece and he has shared the decks with people such as Black Coffee, Tale Of Us, DJ Tennis and Guy Gerber.

This two-track release opens with rhythmic synth stabs and shuffling high-end percussion of “East of the Sun” that lays a foundation for ceremonial chants and suspense-building strings. Augmented with an array of atmospheric organic textures, the track makes use of sounds ranging from sitar strings to fluttering synths and it reaches a crescendo in the tantalising tension of the main breakdown.

“West of the Moon” is a slow-burning track that unfolds with purposeful precision like the weary footsteps of someone crossing a desert in the heat of the afternoon sun. Steadily building momentum, the track’s thrilling stabs and Arabic vocals layer with bursts of percussion creating a mesmerising atmosphere filled with anticipation.

The artwork by Helia Jamali showcases our multidimensional universe from East to West, full of magic and mystery. 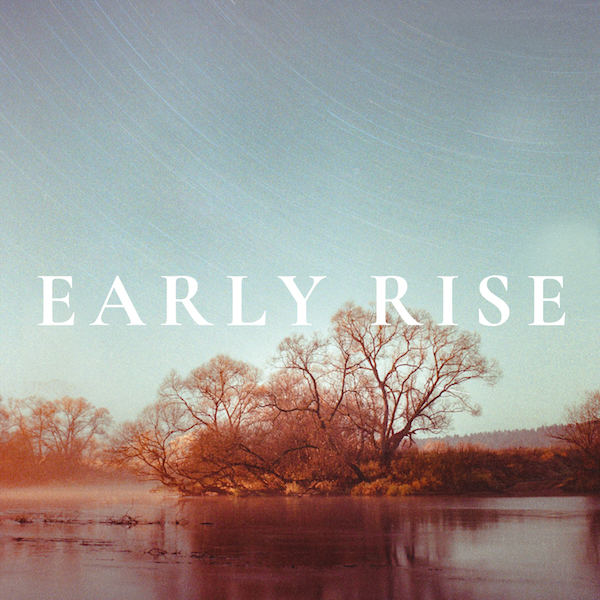 In a harmattan landscape my sounds create an ethnic atmosphere. Dust and Sun , this south-blowing desert wind, and the ochre coloured cinematic frames are my inspiration.

Created by electronic dub sounds, tribal beats and the presence of human voice puts me in my musical journey, a musical journey of re-connecting people with nature. 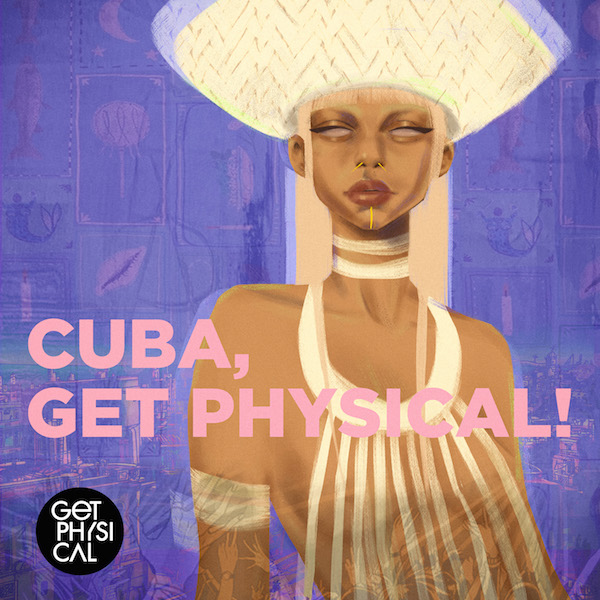 Cuba, Get Physical! is a new various artists series curated by Cuban pair PAUZA. This EP features music from them, Okanan, Kike Wolf and Joan Coffigny.

The Get Physical label has spent much of it’s recent time partnering with local DJs and party crews around the world in a bid to build awareness around local scenes. Previous chapters have draw on the musical talents of Africa, India, Detroit & Croatia and now it is the turn of this most storied of musical islands to take it’s turn. Cuba, Get Physical!

The collection shines a light on the rich house sounds of the Caribbean country and kicks off with Havana’s Pauza. Paula Fernandez and Zahira Seanchez’s ‘Caliente’ is a sun-kissed, deeply musical house track with tender Spanish vocals from Cuban singer-songwriter Arema Arega. It is then Okana who offers ‘Asere,’ a stripped-back and shuffling house cut with a warm and oversized bassline. Gentle bell sounds and tinkling percussion detail the beats, as do rolling hand drums that instantly bring the Cuban vibes.

Kike Wolf is Enrique Maresma, a DJ and producer and one of the founders of the acid techno movement in Cuba. His ‘Tropical Interference’ is a lively cut run-through with fizzing synths, Afro drum patterns and jumbled percussion that brings irresistible Latin flair. Last of all is Havana’s Joan Coffigny, an event organiser and key force in the scene with credits on labels like Confederation Records and Roland Ultra. He mixes up rich percussive patterns and scattered hits with Spanish vocal chants. The kinky house grooves are full of colour and emotion and bring a sunny feel to any set.

This is a fantastic taster of the rich array of underground sounds coming out of Cuba. 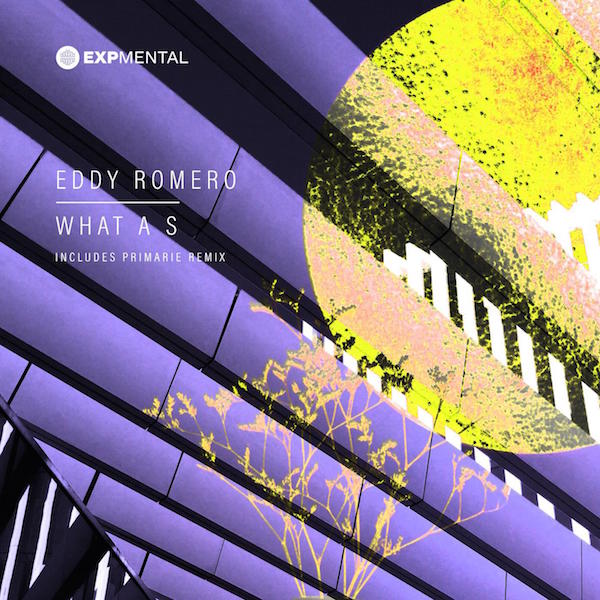 To close the year Expmental presents label boss Eddy Romero with 3 tracks in his mood.

Eddie produces Deep and dub house keeping his minimal side and darkness more balanced but in there. As always music to trip, to dance or just to listen at home.

The spanish artist that lives in France doesn’t believe in hypes or tags he loves electronic music since early 90’s and all his stuff is a mix of all the sounds he got since them not going just to Dance music also in many other genres. This Ep is the evolution of his sound into something deeper going back to his roots but with a more mature sound.

The release comes with a nice remix by Tzinah owner Primarie that has take the track that gives title to this ep to another parade a nice trip of 11 minutes that will be in the likes of all of the romanian sound.

With this release Expmental closes the year and gets ready for another 15 years. 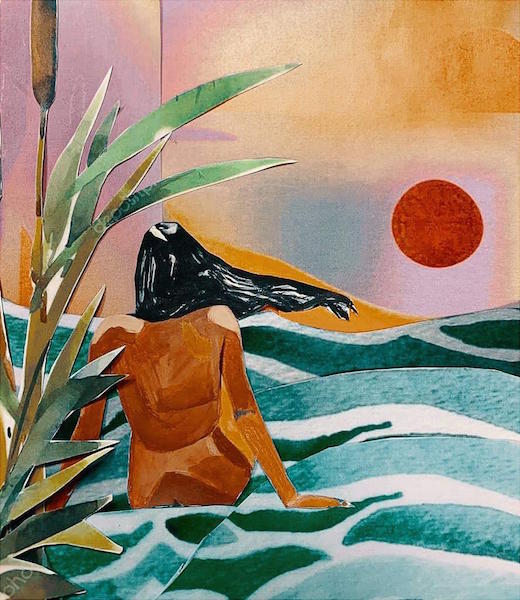 The past years have pushed us to seek and value blissful moments of escapism more than most of us ever have in our lifetimes. We’ve all relied on feeding art into our minds as a means of evading the weight of isolation and frustration at our stalled lives. This EP is a sonic vessel meant to carry us to the distant spaces we drift to when we need a break from it all. Every song represents its own form of escapism or refuge, steering the listeners, our passengers, from gambling games to Matrix-inspired double dimensions, from sea folklore to religious legend. Some are forms of distraction, others sites of solace in a most trying time. The instrumentals evoke the carefree sense of cruising down a coastline, decadent sunsets, the timeless allure of discovering new places and faces.

Another place of refuge has been the internet, which happens to be where we met. Moses shared the snippet of an instrumental on his Instagram stories, calling out for vocalists. Thaïs was immediately inspired by track’s mysterious melody and bewitching beat. The topline and lyrics flowed out instantly, and before long she’d sent back the track which would go on to be the first song on the EP.

We’ve spent the past months cooking up our own home remedy for the symptoms of our era, because making music is how we self-medicate. These songs are the silver lining to a crushing situation, global confinement birthing a stillness without which this collaboration may never have come to be.

Every night of lockdown Thaïs has little solo raves on her balcony, elevated by the music, in withdrawal from the energy of dancing in a room full of vibing strangers. And so we set out to create the very vibe we’ve been searching for, the vibe we’ve been needing. Thaïs sitting by her bedroom window in Marrakech, armed with a microphone and her lyric book, Moses in his Montreal home studio, surrounded by synths. Thousands of miles apart, in different time zones, but on the same wavelength. It takes a rare creative synergy for two people who’ve never met to work in such organic consonance, and the two artists have jumped head first into this project, Moses seamlessly weaving Thaïs’ raspy soul vocals into his rousing synths and hypnotic beats. 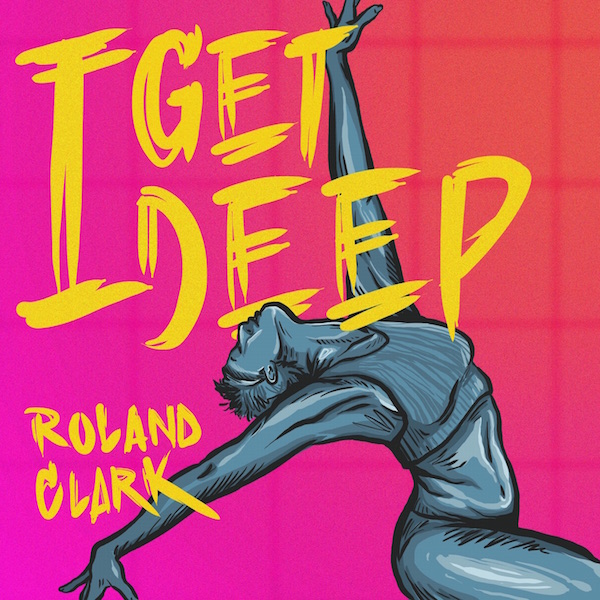 Roland Clark – I Get Deep (Get Physical Music)

As part of the 20th-anniversary celebrations of Get Physical Music, the label is to reissue Roland Clark’s stone-cold classic ‘I Get Deep’ in the form of the original acapella and two new remixes. One comes from Rework and one from Roland Leesker, whose version is also included in the full and upcoming ’20 x Get Physical’ compilation.

Clark’s original from the year 2000 is one of house music’s most iconic tracks; an anthem that is adored by fans across the world for its irresistible groove and almost spiritual vocal charm. Remixing it is a huge task but one that German pair Rework are more than up to. Michael Kuebler and Daniel Varga are scene mainstays with 20 years of experience behind them and credits on the likes of Visionquest, Playhouse and their own Exlove label. Their ‘Rework Anyway Remix’ is filled with squelchy synths, trippy FX and a driving groove. The vocal is teased out and redeployed in freaky fashion as the taught bass and disco-fired stabs keep things moving in an electric fashion.

Then comes a truly standout remix from Get Physical Music main man, Roland Leesker. His small but well-formed discography is packed with timeless house music and he has also put together the forthcoming ’20 x Get Physical’ compilation with his usual aplomb. This remix finds him on a tech house tip, with textured drums and smart filters building tension throughout what is a drawn-out and captivating track. The vocal remains iconic but the mood is more intense and the synths more dramatic. This is a monster remix that is sure to be setting dance floors alight for months to come.

Last of all is Clark’s original acapella which remains as spine-tingling and potent as ever. These are two timely and tasteful updates of a much-loved slice of deep house music. 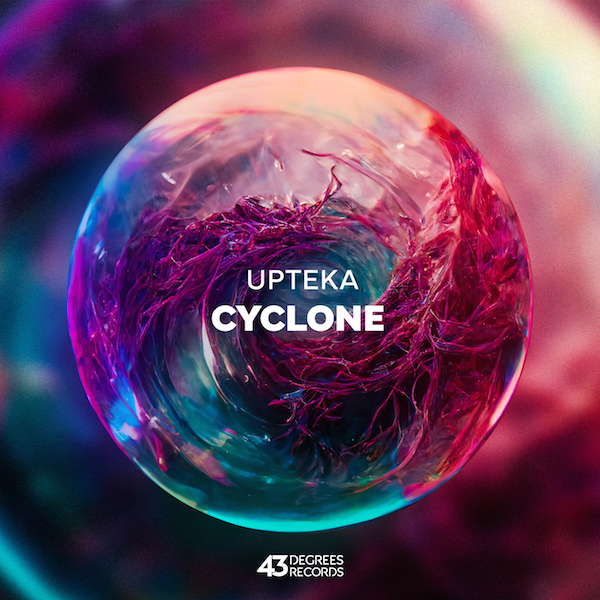 Upteka is an up-and-coming artist from the Belarus who has been making waves with his unique, atmospheric and groovy sound. His songs are simple and melodic, but they’re always full of unexpected moments, he has been noticeably evolving with every new production, blending genres together seamlessly, and we’re proud to welcome him back to the family.

Leading the EP we have “Cyclone”, an intense, upbeat club tool. It’s got an easy vibe that really makes you want to dance. The second track, “Hypnosis”, is a sophisticated house music production with a progressive touch. Then we close the package with “Illusions”, bringing an eerie atmosphere and immersive groove. 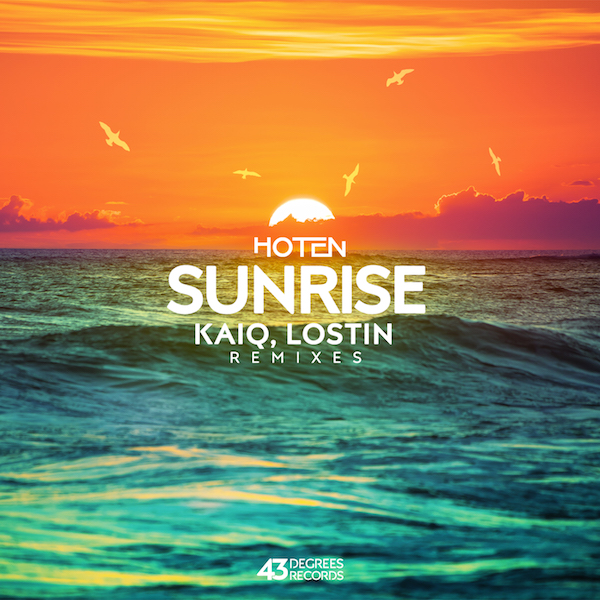 Coming next we debut two incredible talents remixing “Sunrise”. The combination of the three Brazilian artists LOSTIN, Kaiq and Hoten resulted in an incredible package, with a variety of flavours floating between organic and progressive house.

Being the intro track of the 29 Summers album and having a more chill identity, the remixes really brought a more club vibe to the original creation. Starting with LOSTIN’s rework, a strong groover that brings his known progressive influences, giving new purpose to the vocals and delivering a completely unique production.

On the other side, Kaiq maintained that calm environment, with rich percussion work and a vivid ambience, this record works perfectly for those sunrise warm up sets. 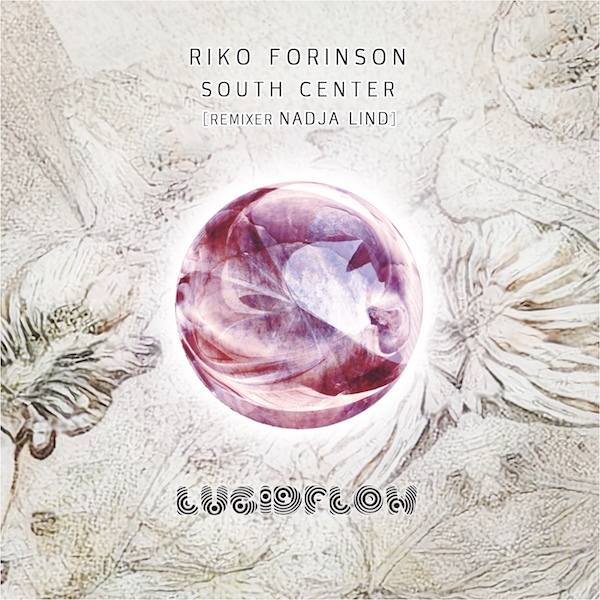 Talented Lucid artist Riko Forinson is back on Lucidflow with “South Center”, two fantastic dub tech tracks plus an additional remix from Nadja Lind.
Riko Forinson’s “Swinging Ribbon” in collaboration with Butane appeared last May on Lucidflow. He also released “Braid” which made it to Top 4 on the Lucidflow label charts and “Unknow Diver” on our sublabel Sofa Sessions. 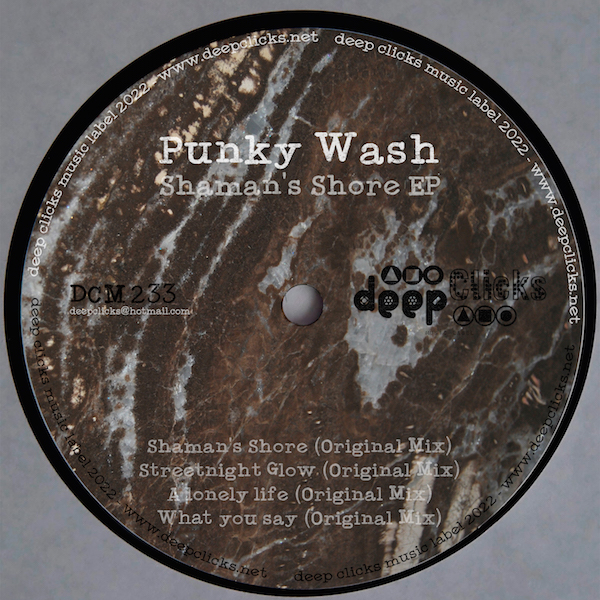 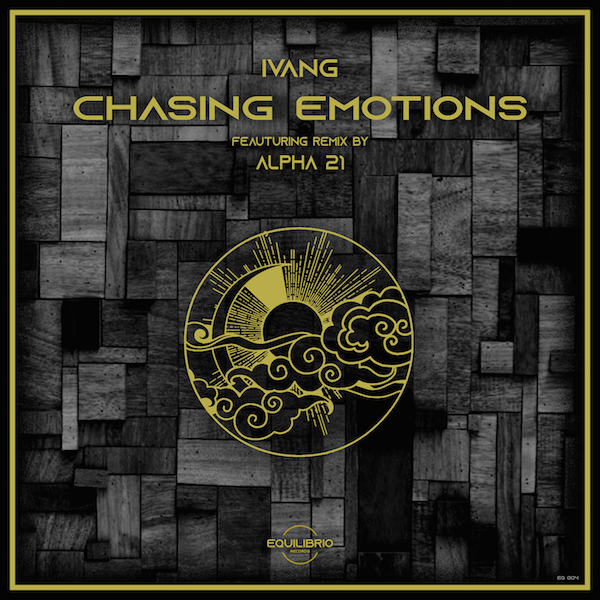 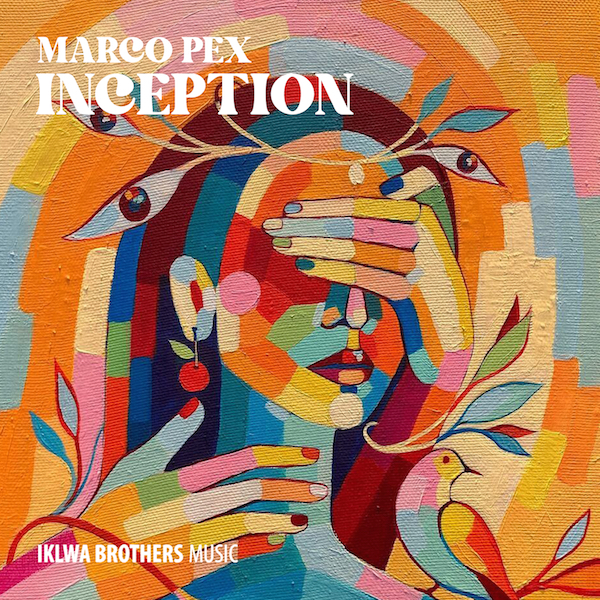 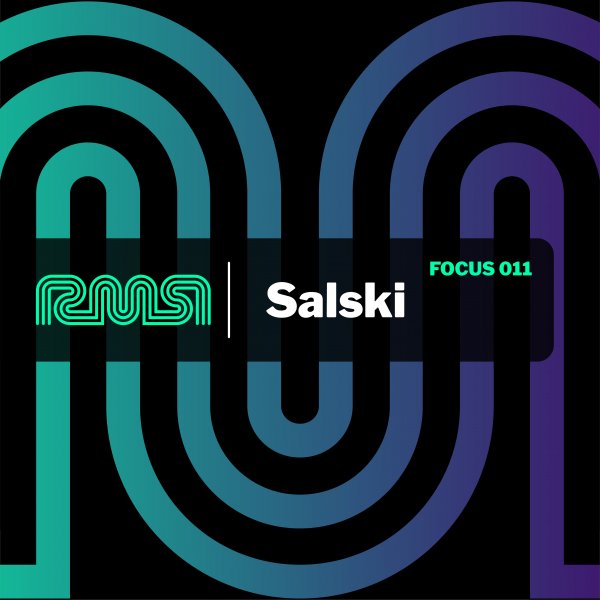