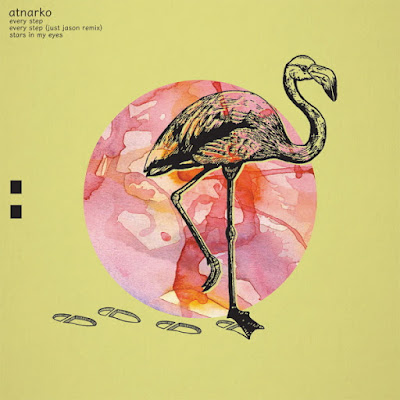 Infiltr8:Celebr8 is a new label project focused towards House music set up by Atnarko and Just Jason, with an ethos to Infiltr8 the system and Celebr8 the music – deep In the American underground.

The new release is from Atnarko himself, who as a producer boasts a back catalogue including solo releases on labels like Robsoul, Noir Music and Lazy Days Music, he is also one half of a duo called Formidable Force who have released on Ralph Lawson’s 20/20 Vision.

Having collaborated with artists like Noir, his repertoire also includes accolades like having Pete Tong select his music as an Essential Tune of the year.

Before becoming a label, Infiltr8:Celebr8 is a club night that hosts guests such as Doc Martin, Phonique, DJ Three, Thugfucker, Christain Martin and David Keno.

Everything from the hand drawn artwork, to the deep and classy tracks on the releases has been time spent carefully crafting the project to a tea.

The release also features a remix from fellow label boss Just Jason, who also drew the artwork and is a part of the Late Night Society collective.

With chic vocals, eloquent pads and gentle grooves, the dancefloor focused tracks on this launch EP are stripped back and understated House music at its finest.