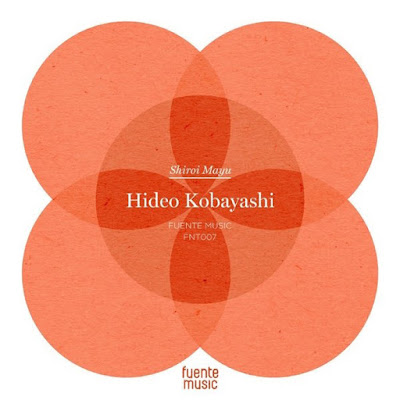 For the first release of 2017, Fuente Music digs deep into the prolific vaults of Hideo Kobayashi once again to reissue one of its prized possessions, Shiroi Mayu.

A melancholic, balearic guitar-tinged, west coast deep house styled track that first came out of Harley & Muscle’s Milanese label, Soul-
star Records in 2006 with mixes by Cortes, Harley & Muscle and Yellow Diamond who is none other than Hideo himself.

The original track was produced in 2005. It was at a time when Hideo was still living in San Francisco, breathing and living the thriving west coast house scene. While living in the Bay Area, he wanted to create a track that beautifully expresses a song sung in Japanese with west coast deep house vibes, an unlikely combination at the time.
So, he asked Japanese Jazz singer, Tomoko Miwa to sing Shiroi Mayu. Arguably, it is one of Hideo’s stone cold classics where it proved to be quite pop- ular with the inclusion in, not only his own Mix CD, SPiN: San Francisco but also in a to- tal of an astonishing 14 various Ibiza-themed, lounge and fashion related compilations and Mix CDs.

For this reissue, by utilizing his mixing prowess, Hideo has beefed up and updated the sound of the original, Shiroi Mayu considerably for further dancefloor damage as well as produced a new, more techy & urban Piano Mix version. As titled, the piano rolls are reminiscent of one of Hideo’s favorite keyboardist, Eric Kupper’s playing in many classic Def Mix productions. Combining that with some seriously chunky uplifting beats, this Piano mix sets Tomoko’s melancholic vocals to soar into the urban twilight

X Gets The Crest – What Ya Gonna Do?