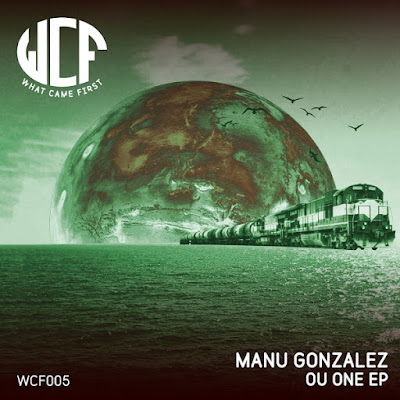 “What Came First” is a new label dedicated to House and Techno, which has been set up by the people behind the infamous EGG London club venue.

The new release is from Manu Gonzalez who is a DJ and producer born and raised on the Spanish island of Ibiza, who has become one of the island’s top club spinners playing regular DJ sets at venues like Space, Pacha and Privilege.

Through his legendary Ibiza DJ sets Manu came top of the 2015 DJ Awards to win the “Ibiza DJ (Vicious Magazine)” category. Through this he caught the attention of the world, and most importantly Pete Tong, who recently asked Manu to do a guest mix for his much famed BBC Radio 1 show.

Manu’s unique sound incorporates a range of influences which he accredits to years working in Ibiza’s legendary record store Discos Delta, where he was exposed to a wealth of music and a wide variety of genres.

Creating a tapestry of vocal textures, ‘Back To 80’ has a timeless sound with an evocative lead synth and prominent bassline. With a warehouse vibe and subtle rave influence, it’s peak time and tailor made for the club.

“Like This” focuses on an old-school drum break and MC style vocal samples that have a subtle Hip Hop influence. Smooth pads playing a held chord add tension and add to the tracks reminiscent vibe that fuses retro sounds with modern ideas. Perfect for any party, it fuses underground ideas with big room appeal.

“Last Call” has the rolling groove of looped live percussion, which forms the back bone of the track. Jazz influenced moody pads and quirky melodies blend with muffled vocals whilst the bassline provides the forward momentum. The perfect combination of musical elements, this track is both chic and dancefloor focused with just the right amount of swing.