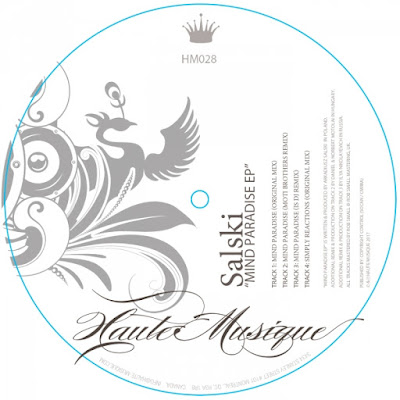 Salski’s back to mark our 28th release with his two-track ‘Mind Paradise EP’.

The title track ‘Mind Paradise’ is a head turning, deep and hypnotic house groover that was originally released back in April 2016 on our ‘Haute Collection’ Vol.2 VA. Compilation and was played and supported by BiG AL, Jelly For The Babies, Miss Disk, Rissa Garcia, Pion & Adam Byrd to name but a few.

The second Original track ‘Simply Reactions’ is a laid back, deep and jazzy house jam.