Scott Diaz – The Paradox of Principles 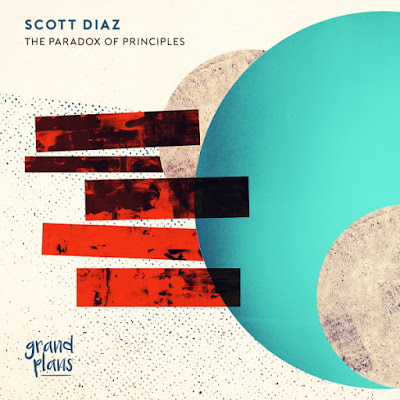 Grand Plans is a label dedicated to House music which has been set up by Scott Diaz.

British born but now based in Philadelphia (USA), Scott Diaz is known to many for his releases on labels including Defected, Simma Black and Nervous Records.

Not just a respected solo producer, Scott Diaz has also been a regular collaborator with people like Matt Jam Lamont and Low Steppa, boasting an impressive back catalogue.

Grand Plans is only on its third release and is set to become a main outlet for Scott’s Diaz own music, but it also allows him the opportunity to showcase music from his friends and under exposed artists.

The original tracks on this release are from the label boss himself, but Scott Diaz is also joined by Studioheist who provide the sole remix.

Studioheist are a duo base in Manchester (UK) consisting of Scott Lee and Andy Cain. With previous releases on Large Music, I Records plus Street King the pair are highly respected, and as DJ’s boast residencies at Manchester’s much famed Sankeys.

True and timeless, this release follows in the labels ethos of releasing well-crafted records that are raw, soulful and honest.

“Mistreated” is deep and eloquent House with gospel influenced vocals and lyrics that inspire the tracks title. Its dreamy chords played on a Fender Rhodes compliment the luscious string section and fill the track with radiated warmth. Sampled live percussion gives it a natural groove perfect for even the most hard to please dancefloor.

“Take It Back” focuses on shuffling drum rhythms and lead synths packing a cosmic funk, but its most prominent feature is the vocal sample. Reminiscing about DJ culture and the heyday of vinyl, the track tips its hat to the ever evolving genre of House music. This timeless track without gimmick, is a celebration of House and without question is perfect from start to finish.

“I Sold My Soul” has a conversational vocal that combines with jazzy organ stabs and looped percussion. Broken into a variety of sections, the track’s jacking groove tells a story with a beginning middle and end. With a message of positivity and self-belief, this expertly constructed masterpiece has delicate tones impossible not to fall in love with.

“Mistreated (Studioheist Remix)” removes the gospel influenced female backing vocals to let the soul of the male vocal lead the track. Adding their own bassline and poignant piano stabs, the strings from the original are used less frequently but made more of a prominent feature. Stripped back and refined, this reworked version also has a subtle Two Step/UK Garage influence.

“Take It Back (Instrumental)” provides an alternative version of the original without the vocal, ready for those who prefer to focus on the perfect groove.