Chronophone presents his new project named “Mon Amour”. The EP plunges into the electronic surrealistic soundscape and gives a vision of Electronic Music by mixing acoustic melodies with electronic riffs. Chronophone explores sound landscapes from around the world and delivers 5 emotional pieces tinged with a groove dubbiness. All tracks are composed and written by Desiree Paris aka Chronophone. Austrian imprint forTunea introduce the latest addition to the roster, Jakobin & Peletronic, with their new EP called Girlo. The title track from this sympathetic Vienna based duo, who recently earned recognition for their “Don’t You” EP on Hungarian Hot Wax, is a fluffy laid back tune, that will fit perfectly for any open air season. Label boss Klaus Benedek is on remix duties, balancing broken beat and deep house tones on his rendition of the title track. The B Side ensues with “The Ghetto Code”, focusing on a darker note with its use of minimalistic drum patterns, deep heavyweight synths and a thought-provoking speech. Last but not least MPC wizard Roman Rauch is back on the label with his take on “The Ghetto Code”, a lush yet bouncy outing suitable for any hour of the night. An all around solid package furthers forTunea’s rise in the ranks of underground house music. Get on board and enjoy the ride. Slow Nomaden makes us dance to the sound of the jungle – actually the sound of two different kinds of jungle: The wilderness and big city. Synthetic grooves create the rhythm and feverish vibe of what flows through the urban canyons of the metropolis, while the organic pattern of melodies and samples gives rise to dreams from the depths of a tropical forest. The EP is just as diverse as a jungle, as well: Besides the originals, there’s the drunken pirate attitude of Pop.Hop and the intricate boost of Mollono.Bass, both manifesting in some neat remixes. Sol Selectas is a US label run by Sabo who like the label, has a deep sound incorporating ethnic rhythms and mystic melodies from around the globe.

Whether it’s a low slung groove with tribal percussion, or melodic house with uplifting pads, each release is expertly crafted with a loving ear and attention to detail.

The original concept behind Vibe Quest was to represent the never ending search for global beats and cultural grooves that are at the foundation of a countries dance movement. Each part of the world has subtle variations, but at the core of each music scene, there is a shared passion for sound, and exploring the differences is a joyful but never ending journey.

This promo contains six remixed tracks from the full length release, five of which are previously unreleased.

Zakir is a Russian artist who along with previous outings on Sol Selectas has also featured on Street King, Tenampa and Exotic Refreshment LTD, and his remix of “Timbiqui Hasta DC” is a deep and smooth version of the original. Using the originals vocal chants and percussion it’s still got a tribal vibe, but with a new melodic structure.

Metrika is a Mexican artist making his first appearance on Sol Selectas following releases on Crosstown Rebels, Hot Waves and Akbal Music. Keeping the originals tribal vibe he adds new sections that are both epic and synth lead. Up-tempo and tailor made for the dancefloor, this version provides great contrast with the original without losing any of its magic.

KMLN are based in America and a big part of the Sol Selectas family having featured on six of the labels previous releases. Their music can also be found on the likes of Crosstown Rebels, Touch of Class and Endless. Taking on a remix of “Coconut Matras” they lift the original’s tempo, and with added synth parts it makes an uplifting version with building tension perfect for a club sound system.

Acid Pauli is a German based DJ legend who regularly headlines clubs and festivals all over the world, and has featured music on labels including Pampa Records, Cocoon, KATERMUKKE, Pets Recordings, Stil Vor Talent and Moon Harbour. Stripping away the originals vocals of “Singing Game”, this dub remix is melodic and uplifting House music which climaxes in the very unexpected psychedelic break down.

Basti Grub is a German artist famed for his quirky take on Tech House that has seen him feature on labels including Moan, This And That, Baile Musik, Suara and Kittball. An artist popular with many of the world’s top DJ’s, this remix keeps many of the originals elements, but replaces the stripped back sound with a thickened, chunky groove.

Timboletti based in Germany is another Sol Selectas regular but his music can also be found on Copycow, Planet Pankow, 3000 Grad Records, Acker Records, and Creepy Finger. Keeping the original’s deep and dubby sound, this percussion lead version has a raised tempo and looped groove perfectly suited to the dancefloor. Meek – Cities Of The West EP
Artist: Meek
Title: Cities Of The West EP
Cat #: CIM026
Remix by: Fulltone
Meek is back! With a wicked slice of dubbed out house music on the ‘Cities Of The West’ EP.
The title track, ‘Cities Of The West’, is a moody and laid back piece of Dub House that relies on a wonderfully reduced set of vocal snippets and filtered stabs, building from a half beat to broken 4 to the floor goodness.
The Fulltone remix of ‘Cities Of The West’ is equally chilled, even slower in tempo, but adding layers of witty synth bleeps, sequences and harmonies on top of the stab theme from the original.
‘Manoe’ is another stellar example of Meeks playful minimalism. Behind a layer of heavily filtered pads and delayed keys, a low, thudding kick is the only thing that reminds us we’re still in dance music territory.
‘Side Shuffle’ is arguably the most condensed track of the bunch, with otherworldly soundbites consisting of hints of voices and distorted and mangled string instruments, tons of delay and a warm kick that holds it all together.
—– Dubble D – Cotton Spun Soul EP (Well Cut Records)
Release Date: Friday 27 October 2017
Format: Digital
01. Why-Oh
02. Black N Gold
03. Grande Piazza
Well Cut Records is a label from Danny Ward who along with being a major part of 2020 Soundsystem is best known to many in electronic music for his productions and DJ sets under the aliases of ‘Dubble D’ and ‘Moodymanc’.
Having released on House music labels such as Tsuba, Local Talk and 20/20 Vision, one thing that separates Danny from most other electronic music producers and DJs out there at the moment, is that he also holds down a successful career as a jazz drummer and percussionist.
Returning to proud roots, Danny Ward has once again reignites his Dubble D alias and delivered three equally epic cuts in the process.
Beginning with the addictive vocal edits of ‘Why-Oh’ which are cleverly disguising their true source, the good-times are multiplied times ten by a sprinkling of cool keys and deftly imagined drums. Remember all those hazy parties of your eternal youth as time criss-crosses from then to now, or simply feel that charged excitement for the very first time. Either way, bliss comes easy.
The beautiful intensity continues in the form of Jazz chords accompanying the improvised synthesisers, vocal chants plus low-slung bass emanating from the downtown crunch of ‘Black N Gold’. Once again signifying that trademark touch of Dubble D class.
The eighties then make their presence felt via the irresistible funk of the bassline fuelled ‘Grande Piazza’ which also boasts a neat line in the decade’s pads and stabs finalising this stunning release.
——- VA – Twelve Years Of Digital Traffik Vol.2
Digital Traffik has been knocking it out of the park for a whole 12 years now. To celebrate, the Italian label serves up a special anniversary compilation packed with heat across 11 essential cuts that have been released already over the years.
It’s an impressive roster, including the likes of Tania Vulcano, label head AudioHell, CLiVe, Alex Henning, Neverdogs, Bimas and many more.
Climax from Tania Vulcano is first and sets a deep and bubbly tone with supple drums and nice percussion riding over the top. It builds in pressure and has dark vocals stitched into the groove. AudioHell then comes correct once more with Together, a slick electronic house cut with warm and soul infused pads, then Doomwork gets fully spaced out with a pad laced and dreamy house cut that will truly hypnotise you.
NBGD is a more techno leaning cut with rattling dub chords bringing the tension, Basti Grub gets tribal and languid with his Tingog and Mambo Cafe from CLiVe is a gorgeously deep and spiritual cuts with suspensory pads holding you in mid air as wet claps surf over rubbery kicks.
The latter half serves up bubbly house goodness from Jose De Divina, a remix from AudioHell that gets deep into your brain and originals from Alex Henning, Neverdogs and Bimas that offer inventive new tech house styles which will standout in any set.
This is a great compilation that shows just why Digital Traffik is such a strong label
Released November 27, 2017 on Digital Traffik Recordings
——- Pascalé Séppé – Pane Funkovi EP (LBR Records)
LBR Records presents “Pane Funkovi” by Pascalé Séppé.
Pascalé Séppé makes us relive his journey in the abyss of Prague. His
Jazz and Funk sounds, mixed with raw and groovy Tech House beats,
will take you into the meanders/winding of the club whose name he
forgot, but not the smell.
www.lbr-records.ch
www.facebook.com/lbr.records
Release date: November 3rd 2017
Format: Digital
—– 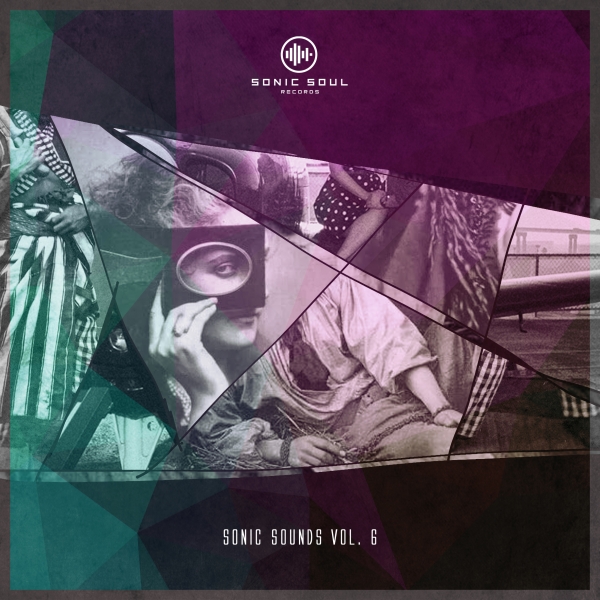 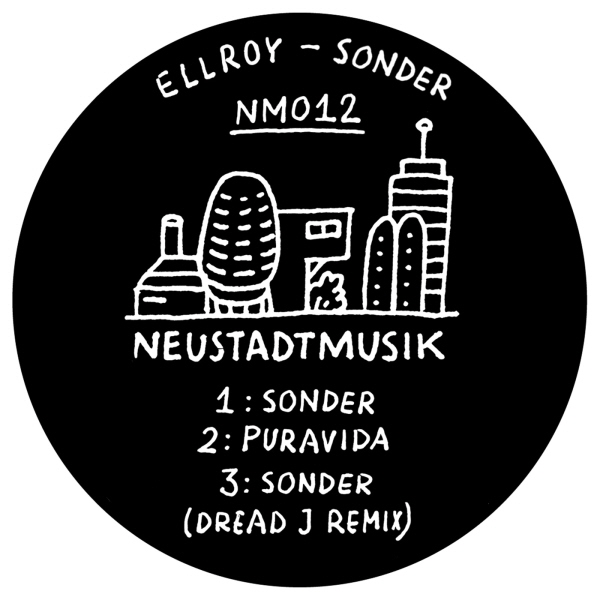