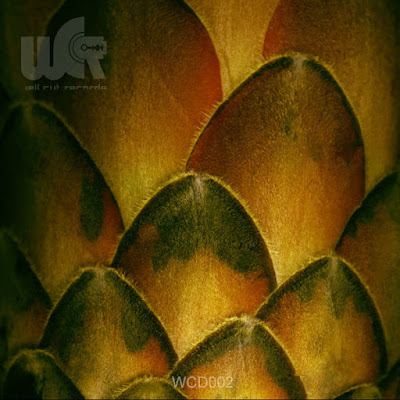 Well Cut Records is a label from Danny Ward who along with being a major part of 2020 Soundsystem is best known to many in dance music for his productions and DJ sets under the alias of ‘Dubble D’ and ‘Moodymanc’.

One thing that separates Danny from most House music producers and DJs out there at the moment is that he also holds down a successful career as a jazz drummer and percussionist.

A popular choice with many a touring Jazz soloist visiting from the U.S. and Europe, Danny is very much in demand as an attuned accompanist with a sensitive ear. His resume includes playing alongside and collaborating with many of the legends in the Jazz field, including Flora Purim, Tony Kofi, Peter King, Bobby Wellins, Alan Barnes and also recent stars Mat Halsall, Nat Birchall and John Ellis from the Gondwana Records camp.

“Well Cut Jazz Workshop” (WCJW) is the start of an ongoing project that aims to showcase cuts that whilst aimed squarely at the 4/4 dance floor have originated from or been built around live jams with some leading lights of U.K contemporary jazz.

Previous Well Cut Records releases have picked up support from the likes of Detroit Swindle, Osunlade, Jimpster, Miguel Migs, Laurent Garnier, Anthony ‘Shake’ Shakir, Red Axes and Kyodai plus many others of a similar calibre.

“Gone” has a taunting vocal sample and when played out or showcased in mixes it has caused quite a stir. Its driving force is the double bass line laid down by Matt Owens who is a well-known composer and instrumentalist. The track also has a stunning breakdown which features young lion Mark Francis on piano.

“Cherries” was initially built around a sampled texture from a record by avant garde trumpeter Don Cherry. This was then augmented by a brass section consisting of French Horns and Trombones arranged by composer Steve ‘Sgt.’ Parry. Steve is also a virtuoso soloist and adds a stunning trumpet solo. Overall the track has a dark and brooding feel enriched with earthy live percussion that combined with thick sequenced drums creates a complex and dynamic groove.

There is also a ‘Strip Dub’ mix of Cherries which does exactly what it says on the tin, and provides a spacious alternative for those who feel less is more.

“Stunt” derives its title from its origin which was a recording session with the ‘Stuntmen Trio’. It features a deeply filtered and infectious piano groove played by Mark Francis, who with this track makes his second appearance on the release. Danny Preston takes over on double bass duties and live jazz drums infused with earthy percussion are juxtaposed by a vintage CR-78 drum machine. The track is finished with analogue synth stabs and Fender Rhodes flourishes which keep the energy bubbling.