XYZ is a label set up by the team behind the When We Dip publication and its sound focuses on melodic grooves and ambient moods, where intricate melodies meet club-friendly percussion.

This is the labels first release of 2021 and showcases a selection of artists that will be prevalent throughout the next twelve months. Some of the artists have already featured on XYZ and collectively they have individually featured on other imprints such as Kindisch, Magician On Duty, Akbal Music, Seven Villas, Anjunadeep, All Day I Dream, Saisons and Shanti Moscow.

Sensual and soothing, the tracks on this release cover a full spectrum of deep house with organic sounds and delicate textures perfect for blissed out dance floors. Sicilian producer DJ Vivona has been a stalwart on the music scene for a number of years, running his successful Sunclock label, known for its contemporary Afro, Deep and house output with artists such as Enoo Napa, Pablo Fierro, Mario Bianco, Radyon, Dazzle Drums and many more. Some of his own productions for the label feature acclaimed vocalists such as Lisa Shaw and Joi Cardwell. Vivona’s profile recently rocketed after he remixed legendary King Street Sounds tracks from Kerri Chandler, Dennis Ferrer, Tiger Stripes, Mood II Swing and Barbara Tucker. His original productions on King St have also been remixed by greats such as Frankie Knuckles & Eric Kupper aka Director’s Cut, Joeski, Basti Grub, Gene Farris, Dino Lenny, Vince Watson and Rocco. DJ Vivona’s recent releases include the hugely acclaimed single with NYC’s Monique Bingham, ‘Over Him, Under Him’ (Sunclock), ‘Waiting For You’ on Crystal Waters’ IAH Records, and to finish 2020 in style a new collaboration with Rahjwanti on ’Scared To The Fall’ (Sunclock).

Cape Town’s Toshi Tikolo is one of the leading voices on the Afro House scene. Her distinctive tones have graced some of the biggest tracks the genre has seen in recent years, including ‘BUYA’ with Black Coffee and ‘Ngeke’ with Armonica including the massive remix from Andhim. She released her debut album ‘Ubuhle Bendalo’ in 2016 and collaborative album ‘Life Music’ with Timmy Regisford in 2019. In addition, Toshi has worked with some heavyweight producer names including David Morales, Stones & Bones, Afro Warriors, Fabio Aurea, Saint Eno, DJ Kabila, Leon & Herb and many more, alongside her solo tracks. When We Dip’s label TOR are thrilled to announce Eduardo McGregor’s debut EP on the imprint. The Mexican maestro has graced the likes of Hernan Cattaneo’s Sudbeat, Natura Viva and Go Deeva showcasing a knack for afro-driven grooves, percussive rhythms, and rich melodies. He’s a unique talent within dance music and also a multi-instrumentalist and composer.

Eduardo McGregor’s true musicianship brings distinct quality to his productions, and help give his tracks an organic sound rich with intricacy.

For his introduction to the TOR family, he presents a deeply personal offering. “I Fall” features solemn vocals from the man himself, harnessing melancholy and melody in a beautiful recording. Floating along with delicate rhythms and blissful instrumentalism, the A-side provides the perfect insight into Eduardo’s production style; resting firmly at the intersection of groove and emotion. After previously releasing on a variety of record labels including Rawsome Recordings, Whoyostro and Daylight Robbery Records amongst others, the Vienna based DJ and producer offers three powerful minimal house inspired cuts. ‘Jackin’ Isn’t Optional’ EP is a medley of fast driven drums, heavy basslines and dreamy stabs that will definitely make you move. Morttagua brings his first single of the year with the deep and mellow “Pallas”.

Pallas is a track with long history on the making as Morttagua produced the first version of the track in early 2016. Initially the track wasn’t planned to be released, but Morttagua showed it to the legendary Luciano, when both were sharing a studio session in Switzerland in 2018, and it immediately got an amazing response from him. When getting this important feedback from Luciano Morttagua finally decided to release the track and was just waiting for the right moment.

Now with the Organic House genre making big waves on the scene, Morttagua found it a perfect time to release the track.

Pallas is a very melodic peace of art with harmonic pianos, strings and guitar melodies surrounding a soft ethereal vocal. On top of the very emotional feel of the track, Morttagua adds a very unique percussion work to make PALLAS literally go through our six senses.

On the Remix duties for PALLAS we bring legendary Nick Warren teaming up with Argentinian rising star Nicolas Rada.

Nick and Rada change the original into a more hypnotic dance floor weapon, with that special “Soundgarden” trademark sound that is capturing the imagination of many fans around the world.
With an astonishing drum work and mix design, this Remix takes us into an atmospheric journey through lush pads and introspective melodies, giving us the perfect combination of harmony and groove for our soul and body. Simply timeless! To start 2021 in fine fashion Origins Rcrds brings some fresh talent to the table in the form of Manoova and Matu (UK).

With label head honcho, Josh Butler, looking to bring in some new names and build them as Origins artists, Butler has gone straight into the New Year with a talented pair of producers from the North East of the UK, Manoova and Matu (UK). Manoova’s first release was a remix for renowned Ibiza brand, Do Not Sleep and he has since followed up with releases on Whoyostro and Blind Vision Records, and support coming from people such as Joris Voorn, Josh Butler and more. Matu (UK) is best known for running Solar Knight in the North East, providing 7 years of some high profile events that have left a legacy with is supporters in the area.

The first track on the release is Manoova’s “Mind Blend”, a smooth combination of minimal beats, chords, acid lead and the hypnotic “Come in to my Mind” vocal cut delivering a delectable deep journey like track which is for sure to be featuring heavily in sets and streams in the year to come.

Track 2 is Dirty South, which features the vocal talents of Christy who has worked with the likes of Skream and Jamie Roy, for which Manoova has collaborated with Matu (UK). This minimal house cut is sublime in its delivery, combining all the essential parts required of the sound whilst adding a killer RnB esq vocal performance from Christy. This is one that you’ll definitely be hearing on the coolest radio shows for some time to come.

This is an essential release again from Josh Butler’s Origins Rcrds sitting perfectly for those in the scene with a palette for Minimal Deep House music. 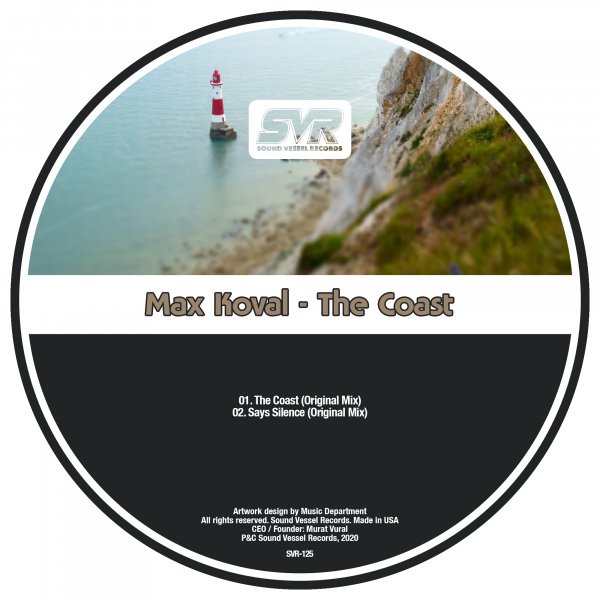