Lucidflow welcome Expmental Records chief Eddy Romero to their catalogue again. The Spanish artist, who has previously guested on esteemed labels such as Little Helpers and Act Natural, is a master of deftly created tracks with a subtle touch. It is no surprise that he has been drafted in to rework other masters in their class with a similar vibe – namely Bruno Pronsato and Rhadow – thereby cementing his production credentials. In a nutshell, if you’re a fan of the Romanian sound as spearheaded by the likes of the a:rpia:r crew, this is for you.
His ‘Not More’ EP – featuring the vocals of Eyah – demonstrates his touch. It leads off with ‘React’, a track that illustrates the importance of space in house music. Elements know when to whisper, when to stand isolated on the sound stage, when to be spread hypnotically in a layer from ear to ear.
Where ‘Not More’ is aqua and melodic, ‘Looking For A Deal’ churns in the shadow. Somewhere in the background, a low bassline writhes like the last emission of a dying tape deck, percussion is placed by tweezer and a near microscopic chime hides away in the audio that will have you glancing out of the corners of your eyes with paranoia.
Finally, the title track rounds things off, sing song, playful and half mocking. Off-kilter sine and carnival organs act as a backing for Eyah’s “I don’t want to have sex with you” rebuttal.
‘Not More’ featuring Eyah will be available on 10th June 2019 from all the usual digital stockists. Happiness Therapy (FR) co-founder Simon aka Crowd Control joins the label with classic sounding house cut ‘If You Like’ that has some explicit lyrics chopped and looped up underneath. Remixes come in different flavors from Criss Korey, Lux Experience and B&S Concept. Tune in! For CELO’s 30th Release its a big pleasure to receive once again the talented french producer: PHOQ. He delivers us 3 beautiful minimal tracks plenty of groove and originality. This release travels between funky, jazzy and deep influences which are sustained by strong and subtle rhythms. Enjoy The Trip!

A young Italian DJ and producer Matteo Morandin aka RaKe (Italy) is presenting his debut release on Baile Musik called Mélodie de Chopin. His sound is characterized by deep environmental backgrounds and overwhelming grooves backed with a huge remix by our Mr. Deka. As winter lingers longer than expected, waves of indecisive weather permeate the planet. The Harmonious Discord camp is picking up on deep connotations distilled in dreary afternoons. It’s a perfect time to revisit some of the label’s dub-minded artists with a special collaboration called Dub Excursions. Dub Excursions features label familiar Onium as well as two rising stars in the expansive dub techno arena, Ivan Torres and James Kelley.
Onium’s “Intentions” is a breathing invitation to rise. Artifacts of ambient works and eco-botanal shades temper organic dub influences with expressive synthesizer design. Cascading momentum drives this pensive powerhouse to a floaty array of melodic bliss. Next, “Perceptions” compliments “Intentions” as that selection set the path and “Perceptions” moves things deeper. The soundscape is filled with vinyl remnants and complex pads, but the other elements bring a more aggressive techno flavor to the later sections.
“Dub 7,” the EP’s first cut from Ivan Torres, cracks a smile in this rather serious project. It begins with evolving pads and a muted, dusty drum machine. The cut starts to open up in the middle with brushes of melodic leads that dance in-between the lush soundscapes. Its successor “Dub 8” is a good order sharper. Driving interstellar melodies and tense bass deliver on the dance-floor presence of Ivan’s contribution. Expect more from Ivan to come on Harmonious Discord.
On the remix tip, longtime Dallas-based sleeper sensation James Kelley (Subspec/Momentum League) drives the subtle but tense properties of “Intentions” into a skin-crawling warehouse techno piece. The once calming breaths now breed uncertainty as James layers on heady atmospheres. James gives us a crippling bass-bin workout for the after hours. Factual EP is a fresh release on THANQ label from Nikk, one of Bulgaria’s electronic scene most accredited names. His style on this EP puts together dub house minimalistic sounds with sophisticated tech house lines. A futuristic package not to miss. 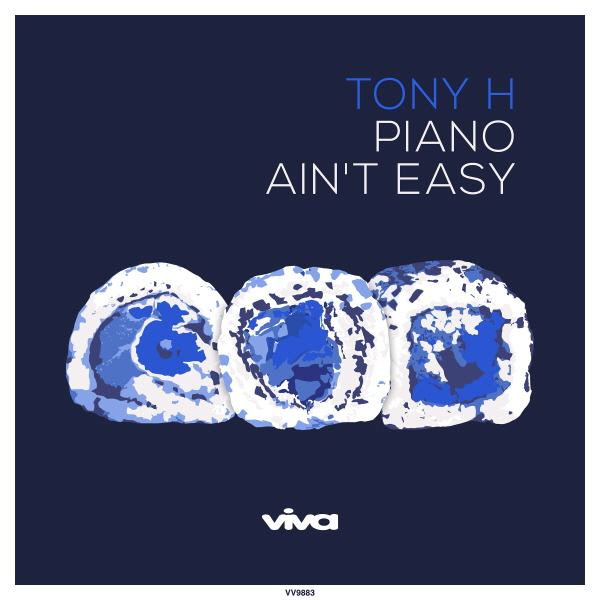