SNKE is always ready to churn out new ideas and new artists like Claudio Gasparini, dj and Italian producer from the city of Turin. His debut on our team is resounding! A fantastic ‘Dies Irae Ep’ composed of 3 deadly tracks that will leave you breathless.
‘Dies Irae’ is a heavily electronic and dark track. The slow but inexorable groove builds an intense perfect energy to be poured on gigantic dance floors. The electronic synths with a pure tech mold and the constant growth of the bass line, characterized by a mood acid, build a surreal atmosphere. The central break is very particular and “reflective”, it serves to prepare the ground for a deadly restart which is a mix between pure destructive energy and a mystical journey.
‘Anemone’ is an urgent and dynamic track. The intro is very suggestive thanks to groove evolutions that are constructed verse by verse. The track preserves a sick mental journey atmosphere thanks to the incredible and unexpected evolutions of electronic synths that intertwine with each other.
‘Starless’ has a very hard and dirty groove and a more progressive root, full of electronic synths full of very interesting effects. Its evolution is a slow crescendo that acquires energy and thickness until it reaches a deep and suggestive central break that manages to release that club atmosphere that every club needs. Roy Davis Jr & Terry Dexter’s collaboration ‘Just A Little Bit Of Love’ gets a fresh make over for 2019 including new reworks from the legendary Kenny Dope and Soul Clap’s Lonely C. ‘Just A Little Bit Of Love’ radiates raw dance floor soul as Terry belts out a heartfelt love song over a warm soulful groove from Roy. On the 2 new remixes, Kenny Dope injects some creative beat science and some groovy key hooks and Charles Levine flies solo under his Lonely C guise, delivering an esoteric deep groove where hypnotic meets with melancholy.
Chicago’s Roy Davis Jr has been contributing to the dance music scene for decades, largely known for house music anthems such as ‘Gabriel’ with Peven Everett, ‘About Love’ ,’Who Dares To Believe In Me’ as The Believers and ‘All I Do’, along with his production work for Daft Punk’s Roule label, Faith Evans, Mary J Blige, Seal, Morcheeba and many more.
Michigan born singer / songwriter Terry Dexter released her debut album in her late teens on Warner Bros. She’s since gone on to enjoy a colourful career in music and acting, working with big stars such as Simply Red, Patti Labelle, Eminem and Will.i.am among many, along with releasing songs with heavyweight dance producers Roy Davis Jr, Hex Hector and Steve Hurley, to name a few.
Brooklyn’s Kenny “DOPE” Gonzalez is one of the most prolific artists of the modern music age. Also one half of Masters At Work with Louie Vega, this four time Grammy nominated musical genius has been entertaining and astounding the masses alike with his fusions of house, hip-hop, Latin, jazz, Disco, Funk and Soul. Working as hard as ever, Kenny’s musical output continues to wow fans across the globe with recent releases on Glitterbox, Defected and his own brilliant imprints KayDee and Dopewax.
Lonely C is the brainchild of multi-talented musician and DJ Charles Levine from US duo Soul Clap, who together have spent the past decade touring the globe and collaborating with legends such as George Clinton, Nona Hendryx, Laid Back, Amp Fiddler and Louie Vega, among others. With 20 years of DJ experience Charles is most at home in the DJ booth, but has also released a full length album on Soul Clap Records titled ‘Charles & Tribulations’, featuring the standout single ‘Hold Up’ ft Grammy award-winning vocalist/songwriter Kendra Foster. Random Fact; an avid music enthusiast, producer and collector, aims to spread his knowledge and appreciation for all kinds of music through his own production. With influences ranging from Hip-Hop, Jazz, R n B, Kwaito and House Music all the while developing his unique style.
Here we have 2 tracks that twist and turn through the deeper alleys of house blending raw tech elements, punchy production and clever arrangements. House Mishka records are pleased to present you a new EP from the Ibiza native producer Black Moustache. “Into The Sea” EP is a kind of house with deep and afro vibes, special for house music lovers! Deep house DJ and producer Andy Bach steps up onto Lucidflow with a sun kissed two tracker with the ‘Deep State’ release, embodying the vibes that only the long evenings of Summer can bring. Two track releases are a rare entity in this day and age, allowing no room to hide. However, when they hit the mark, as Andy does here, they can become a solid favourite that will haunt your record box forever.
The title track itself is a perfect kick off, a moment that should launch a thousand mixtapes. The gentle intro washes over you but takes no time in shifting the beats into main view. The pad the swells and falls away carries with it the spirit of the ocean, causing you to check for the remnants of sand in your clothes as you listen.
Flipping over, we have ‘Maurice’, which is much more mid-set in intent. The sun has gone down, the crowd is warmed up and hankering for a groove. Light dub chords and a well rounded bass keeps things deep, but there is a bedrock within the soundwaves. This is one for heating things up.

‘Deep State’ releases on 1st July 2019 from all the usual stockists. Dangling between sounds that are constantly changing, this next release will help you refine your musical desires. ‘Other People’ EP is a five track compilation that is dedicated to enthusiastic nights of fun and everlasting dancing sprees. Thanks to talented Romanian producer ‘Lexx Groove’, that pleasure is delivered with bouncy beats of an addictive simplicity. Carefully placed synths are like salt and pepper throughout the rhythm, preparing a delightful meal of deep tech house. The remixes uncover a different meaning of the original interpretations and give this release a different shine. Enjoy another ‘Selectro’ release. 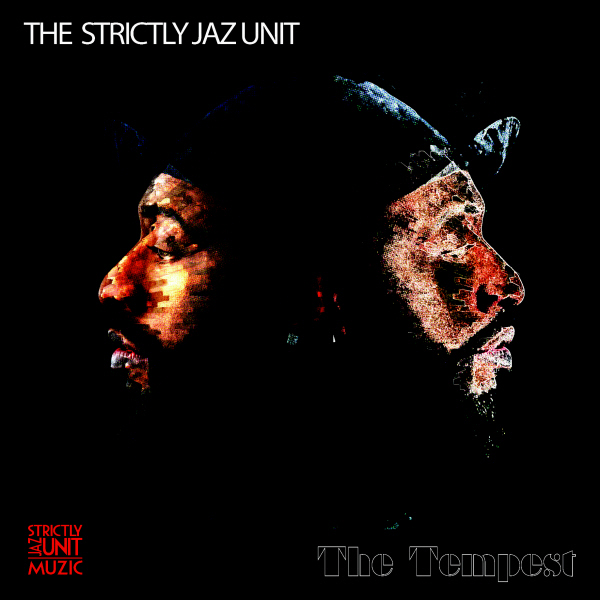