Cabana Music presents “Anime EP” by Brazilian “Vini D”, who is making his debut in the label. The EP comes with two original very melodic songs with a refreshing and a good synthesised atmosphere. Vini D carries 12 years of DJing experience spinning house music from the start. He is also a music producer graduated from the University of Belas Artes of São Paulo. Wolf Trap return with an EP of consummate House music. The percussive detail and rhythm on display with MaSpaventi’s “Cala Gonone EP” is impressive.
From the gently baked and effected breaks of the title track, to the almost classic House sounding Non Ce Mos Che Tenga there is a lot to love.
The 2nd half of the EP is just as strong as the openers, more bassline driven House music in Non Esiste Proprio blends perfectly into the final track Sweet Song, rhythmic details and very vibey. 2 tracker from the mysterious Kool Bronson who’s previously released on King Street and Godzilla Kebab. House with a jackin feel on ‘Pablo Takes Blunt’ and a more deephouse touch on ‘Undisputed’. This summer fortunea head Klaus Benedek returns with a deep and moody two track single.
“At The Shore” is featured on the A-side, and it’s a fitting piece for sunset and after-hours sessions. The track evokes nostalgic memories of a simpler, laid-back, and peaceful time on the beach. A smooth guitar is the key element as the track builds up to a break that dives into the waves of the ocean. Siren-song vocal cut ups and a beautiful, haunting pad splash through the mix, providing the icing on the cake.
The B-side — though similar in vibe to the title track — has a more somber feeling to it. “South Bronx Depression” reflects the mood of the troubled New York neighborhood during the ‘70s and ‘80s. A bombastic jazz fanfare has been sampled, filtered, chopped, and transformed as the track’s hook. Eerie synthesizer stings make an entrance as a narrator tells his story.

The vinyl is limited to 300 copies. Mastered by Patrick Pulsinger. The new release on UNER’s label Solar Distance is from UK based AtalaiA whose debut release was on Stil Vor Talent.
Since his debut, AtalaiA has continued to pick up momentum with tracks signed to Eelke Kleijn’s label DAYS like NIGHTS and HOSH’s label Fryhide along with featuring on a compilation put together by Armada Deep.
AtalaiA has a sound that blends electronic textures and traditional instruments to make a melodic blend of uplifting house with emotive melodies that move mind, body and soul.
Complementing the two original tracks is a remix from Solar Distance label boss UNER, who shows his pedigree with an exceptional rework of the title track, and once again presents the epic style he has previously showcased on other imprints such as Sincopat, Bedrock, Rebirth and Sol Selectas.
Track one “El Patron” has a laid back vibe with a stunning string section and delicate piano combined with ambient vocals and shuffling percussion. With powerful emotion and uplifting sentiment it’s got a mesmerising presence perfect for both the dance floor and home listening.
Second on the EP is “Tequila Azul” which starts with tribal rhythms and jungle textures that together help paint a sonic image of exotic landscapes teaming with wildlife. The synth pads add a foreboding sense of drama before the chanting textures and jovial melody change the mood of this audio story that unfolds with every beat.
Closing the release in UNER’s remix of “El Patron” which is built around distorted pad stabs that give his version a techy feel with a jacking groove, but this only adds to the raw emotion of the strings and piano which are expertly overplayed to give an output that’s exceptionally unique and truly brilliant. Jaco (IT) – Third dimension EP (Not For Us Records)

JACO grew up in the suburbs of Milan and with a passion for electronic music already as a child, he developed his style from Deep to Minimal. He started playing at local clubs at the end of 2008 and has slowly worked his way up to play the best electronic parties in his city. Now a fixture of Milan’s club scene, JACO has shared the stage with well-known international DJs like Tania Vulcano, Dubfire and Seth Troxler. JACO continues to work as a producer and has published several releases on labels such as DPE, THANQ, Not For us Records, Yaiza Records, Dub.sphere, Tip Tap Records, 2 Owls, Whoyostro LTD, Maintain Replay Records, Elastic Beatz, More Devotion Records, Monique speciale, Clash of sounds, Dash Deep Records and more.

Released September 2, 2019 on Not For Us Records As the complexities in the world enumerate, we must evolve to include our fellow humans in new and thoughtful ways. Diversity is a key pillar of what makes underground music so dynamic and worldly efforts to dissuade the diversification of music ultimately erode the very foundations that love and music depend on. As our trip through this galaxy becomes infinitely more complex it is ever more important to celebrate the beauty that is created when people of different cultures and viewpoints come together to create music that unifies across all boundaries.

This EP celebrates the colorful palate of influence created when we work together as humans. For the project, Toronto-based techno subvert and LAL front man Murr returns to the label with two brilliantly designed selections: “Foreign Nationals” and “Blood River.” On remix duties for “Foreign Nationals” the label is excited to announce the return of a well-known entity with a name sure to touch some emotional portions of memory. Rithma (Om Records) joins the project to balance a world of melody with the psychedelic soundscapes of Southern California. Also on remix duties is Station Point, a new moniker for HD frequent J.D. Northrup (JDN/Chakaharta). The label first featured these two artists together on a release in 2004 and is happy to have them paired again.

“Foreign Nationals” displays the subversive tones that Murr is known for. Stripped down and fleshed out, Murr’s recordings stick to careful design and minimally maneuvered parts creating catchy tunes with seemingly simple constructions. The original is the perfect selection to help build anticipation leading into heavier material. Rithma’s remix draws upon the original building blocks but is delivered in a dance-floor friendly and quite unfamiliar revisit. Defining square-wave bass and perfectly tempered drum construction quickly allow feet to move, while later sections bring in melodic washing reprises. Station Point is the more techno-focused moniker of HD artist JDN and Chakaharta. Known for fluid bass construction and poly-rhythmic percussion, JD really turns up the fun on the bass line, providing a satisfying remix for the middle of a DJ set. “Blood River” offers something slightly different with crunched, rattling drum placement around staccato effects with intermittent dub washes creating a dream-state experience.

Be on the lookout for new material from Murr and Rithma in the coming months as they are deep in the lab working on new full-length projects. The Hardau Funk EP is Rolf Saxer’s Vinyl Debut on his own imprint “Hardau Records”. Peculiar and uncompromising it reflects the artists own approach to underground club music. It honors the space in between patterns as the most important part of rhythm, as we learned from the great Sheila E. It’s about experimenting with surprising twists and yet having a foundation, steady enough to aim at today’s dance floors.
Hardau Records is a young label operating from the multicultural heart of Zurich. The name is hommage and declaration of love to the four rust-coloured towers emerging from one of the cities most vibrant areas. Living there means knowing that life is never perfect. But always precious, full of surprises and a lot more enjoyable without mindcuffs – as is the music on Hardau Records. Let’s call it house music with a twist for the open minded dancefloor.

Rolf Saxer is a DJ and Electronic Live Musician from Zurich Switzerland. In the past he played 400+ Live-Shows as a part of electro-punk outfit “Saalschutz” (2001 – 2016). Around 2009 he started to work with a collective of like-minded DJs called “Da Continent” (later “Tropical Continent Soundsystem”) to establish club music with a global touch in Zurich. As part of this collective he co-founded “Alors-Festival”, a festival all about Electronica-meets-southern-hemisphere where he played alongside acts like Lakuti, Mr. Raoul K, Auntie Flo, Wolf Müller, Africaine 808, Islandman, etc.
Rolf started touring as an electronic live act in summer 2015. With his “hardware only” approach, he uses a sampler and analogue machinery like a drum computer and a synthesizer. His live sets feature a broad variety of sample-driven House with references to Techno, Dub, Soul and traditional music from all kinds of distant areas. Or,
as it is being characterised by Hardau Records: „House music with a twist for the open minded dance floor“. Laidback percussion grooves blend with reverb-infused sitar melodies. Polyrhythms with vocal lines out of the global echo chamber – all complemented by the underlying drum beats.
Most of Rolf Saxer’s material is unpublished. It keeps developing further and further out of the live situation. Live sets and DJ Gigs at the infamous Lethargy Festival, at Hive Club, Kauz, Zukunft Club and at parties hosted by Zurich’s leading independent radio station GDS.FM as well as the release of his debut-EP „Dust/Dust-Remixes“ brought him more and more attention of the local scene. He played shows in Germany and France and created lots of dreamy euphoria on the dance floors of Silbergold in Frankfurt, Pudel Club Hamburg, and the Feel Festival near Berlin. Milos is a well known Serbian DJ and producer. For TNQ41 he delivers three songs filled with fat deep bass lines and a recognisable minimal kick. A mystical fairy sound in “Don’t Wanna Hurt You” and descending ligatures in “Purple Mind” are the perfect sound background for after-hours morning sets. “Sun Will Rise” is a powerful track, that celebrates and gives hope to every listener, that in the end, the sun will rise every day! Silent Revolt – Who I Am (Audiophile Deep Records)

Debuting his first label release with Audiophile Deep, Detroit based Silent Revolt comes swinging out the gate with his fantastic ‘Who I Am’. The release features an infectious groove with angelic vocals, a perfect concoction for a big record that translates across multiple music planes. The release comes with not only a massive original but is supported with huge remixes from SIS and HearThuG. Take Away is an Israeli label that has a deep and stripped back sound fusing melodic elements with techy grooves, and it’s featured artists such as Timboletti, NTFO, Eduardo De La Calle and Marvin & Guy.
Veteran producer Magitman provides the latest Take Away release, adding to his extensive back catalogue that already includes the likes of Spinnin’ Deep, DAYS like NIGHTS, Tulipa Recordings, Global Underground and Renaissance.
Magitman has played in clubs all over the world performing DJ sets in places such as Europe to Brazil, and his tracks have been equally popular with people like Carl Cox using his tracks in classic compilation mixes.
Deeply sensual with a laidback vibe “Catatumbo” opens the release with its shuffling percussion and shimmering pads. Second is the poignant “Waterspout” that blends soulful vocals and delicate piano keys. 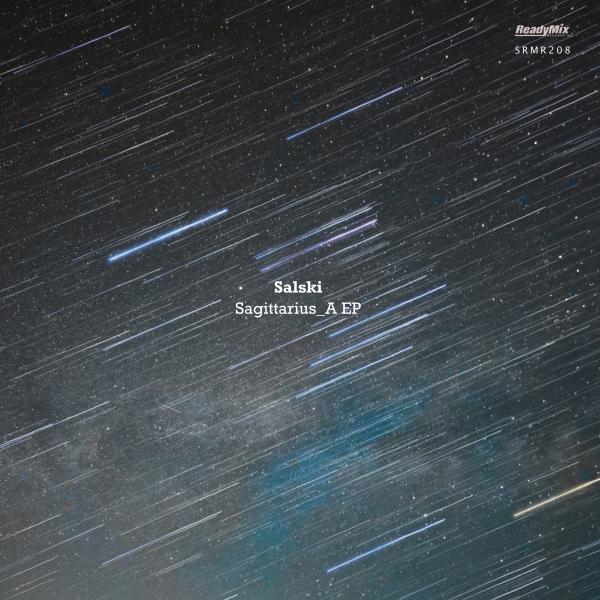