OSC stalwart Tony S teams up with Sista Stroke to close off another stellar year.
Crisp beats, lushious synths and a vocal ode by the talented Sista Stroke make for a sizzling title track “Dear House Music”
We’ve called in some special players for remix duties – Fizzikx makes his label debut, hailing from N. England and whose soulful sound has landed on Pogo, Transcendance, Street King & more. He pumps out a serious garage flavour that swings in all the right places.
We then look to our stateside connect DuBeats who does not dissapoint – taking a dirty, low slung attack that walks on the darker side featuring a groaning bassline and loose beats that make this perfect for the afterhours.
Included is a bonus cut from Tony himself titled “No Sugar” that just sits in the pocket and grooves effortlessly to a slower pace. Spennu returns to the label to deliver our 38th release and his ‘400 Miles EP’, offering 2 hot reinterpretations of the Original Mix, simply entitled Mix 1 & Mix 2.
Both mixes share the same classic deep house vibe and a groovy shell that’s differentiated by the synth & pad variations. Also, Mix 2 is missing the Vocals and sounds more like a stripped down version of Mix 1.
The Remix comes courtesy of Pion who’s been releasing quality music on labels such as Dutchie Music, Dark Pleasure, Iboga and many more. He delivers a timeless remix that’s deep, sexy, fresh and classy. It’s time we took a trip down the aural soundscapes of Mali through the lens of Wind Horse’s commander-in-chief, Hamza along with legendary Malian musician Bassekou Kouyate (from the band Ngoni Ba). The latest release from the Wind Horse community titled ‘Bamako Calling’ features remixes from Oscar P, Stalvart John & Farhan Rahman, Jose Marquez, and Unnayanaa to make for one of the year’s most powerful releases.
The EP begins with the track ‘Ben Kadi’, an original from Hamza and Bassekou that’s a proper afro-house dance floor burner. The track opens with simple percussive elements that accompany a chunky kick-drum that sets the groove right at the offset. As the track builds gradually, melodic riffs of stringed instruments coupled with piano stabs and vocals layer over the rhythms with ease. Bassekou on strings steals the limelight with explicitly exciting strums that power through the track. It wouldn’t be surprising if you heard this being dropped at a club near you, who could argue?
Los Angeles based house music DJ/producer Jose Marquez follows up next with a remix that’s inspired by his roots in Latin and world music. Discreetly busier than the original with purpose, Jose adds a touch of soul with Detroit-Esque pads that lend it a lush, unique vibe. Credit goes to Ezel, on keys who doesn’t hold back. As the remix gathers steam, Sidy Maiga and his Djembe skills delight and adds a lot of bounce and groove to the rework. The breakdown is smartly construed to give listeners a chance to submerge themselves in the vocals on offer, coupled with heavenly pads that can easily put a smile or three on anyone who listens to it. Definitely a powerful weapon to carry in your arsenal if you’re a DJ!
‘Ben Kadi’ gets the full-on acid treatment with India’s own afro-acid purveyor – Unnayanaa. The Bangalore based sound-smith carves out an acid-dub banger that’s sure to set fire to any dance floor. Purposely minimal in nature, the track kicks off with a distinct saw-tooth bassline that gives it, its own identity. Accompanied by delicate squelches of acid, Unnayanaa demonstrates how one can do more with a lot less. As the song builds, the track remains true to its aural nature by allowing Bassekou’s epic guitar riffs take center stage in alteration with the acid lead. All in all, a fantastic addition to an EP that’s overflowing with musical inspiration.
Rising Indian producers Stalvart John and Farhan Rahman follow-up next on remix duties for ‘Ben Kadi’ with funk, soul, and panache. Adding a different twist to things, the duo uses existing elements rather intelligently while keeping things cheerful and bouncy at the same time. An addictive bassline is what you will be drawn to almost immediately in syncopation with simple yet effective percussions and rhythms that could easily transport your mind to shores of a tropical paradise.
No-nonsense piano stabs also add an element of fun to a track that one can definitely expect to find being slammed out at a party near them, pretty soon!
Hamza and Bassekou’s incredible musical pedigree is on full display with the next track on the EP titled – ‘Tolon’. Funky from start to finish, the Malian’s insane ability on strings shines through, accompanied by uplifting chords and a combination simple drums, claps and hi-hats. Staying true to the Eps African roots, the rhythm is unmistakable and easily addictive. As the original picks up the pace, evergreen vocals and the riffs are enough to lure you into a state of temporary ecstasy. Definitely a must-have.
Brooklyn’s very own – Oscar P steps up next with his own rendition of ‘Tolon’ that’s starts with an in-your-face kick that already announces this track’s intentions. Stripped down, the remix slowly welcomes a dreamy pad that serves as the backdrop, along with those lovely vocals. It’s pretty easy to lose yourself as the intelligent composition keeps the listener on edge, constantly and extremely effectively. Always building to a crescendo but never needing to go past it, Oscar definitely manages to showcase his originality and prowess. Left of field, this one definitely blurs the lines between techno and house on this one.
That’s not all, to round things off, Oscar also throws in a dub remake of ‘Tolon’ with minimal use of vocals that give it, its own sonic signature. Cosmic pads lend spacy ambiances and vibes to the tune and are complemented by an easy-going groove that can easily transport the listener into a world of their own. To some this, could even be a crossover between dub-techno and house, something that one does not come across, commonplace.

All in all, the Wind Horse family is extremely thrilled and honoured to bring you one of our most exciting releases yet! Ukrainian DJ & producer, Tenderheart, returns to Inner Symphony with a new mini album, “Joyful”. Featuring seven original tracks, delivering positive vibes and musical chills.
Tenderheart opens with “Joyful”, setting a peaceful mood, freeing your mind to imagine and dream. “Unoften Cheerful Moment” brings you to a dreamlike state & serenity. “Hundred” presents a melancholic yet hopeful feeling with its soft melodies escalating, leading you towards happiness. “Organica” is a sensual track transferring healing energy. The next track, “Rooted”, takes you on an enigmatic journey with its downtempo & melodic soundscapes. “The Last Call Of Darwin” is composed of reverberating sounds carrying you towards an ethereal world, leaving you to reflect in solitude. Lastly, “Watching The Nature”, a multi-sensory and uplifting experience transporting you into a natural environment.
This mini album, “Joyful”, is a sensational release showcasing deep and minimalistic music. A reflection of Tenderheart’s remarkable work. Andrew Edward Brown, music producer, DJ, and trendsetter, is originally from Philadelphia. Although, he is known for his many years of living in New York City, which he worked in the music and fashion industries. Andrew has produced many amazing records and remixes throughout the years. Andrew has produced music under many aliases, Champion Soul, Afropsychopathz and a few others. His works have been loved by many, as well as remixed by many, such as Blaze, DJ Spinna, Restless Soul and a whole host of others. Andrew Edward Brown’s production is a combination of Classic Soul, Electronic rhythms and exceptional songwriting.
Song: Andrew Edward Brown ‘We Don’t Have To Stay ‘ featuring Bernadette Ayers Written and Produced by Andrew Edward Brown
Publishing: Steak With Cheese Publishing, BMI ‘Jaymz Nylon Afro Tech ReShape’
Mastered by James Thomas @ Nylon Trax Studio
Executive producer: Jaymz Nylon (p) & (c) 2019 Nylon Recordings/Nylon Trax The second Seta Label vinyl is now available in digital format as well, from Dj M4SH a.k.a. Robert Mash Tomcik. His new EP “The Message” takes you to the world of delayed and filtered chords, pads and arpeggios with rolling basslines. This solid four-track package contains three deep house jams plus a spacey remix of the track “Not Known” from the well-known Slovak gang Sensoreal. “The Message” expresses Dj M4SH’s memories of rave-kids generation from the 90s and everybody who spent those years at the parties or in the park with cassette player listening to music. This EP” is dedicated to those who remained loyal to what they love. It’s a reminiscence and acknowledgement to all who were there and are here now. 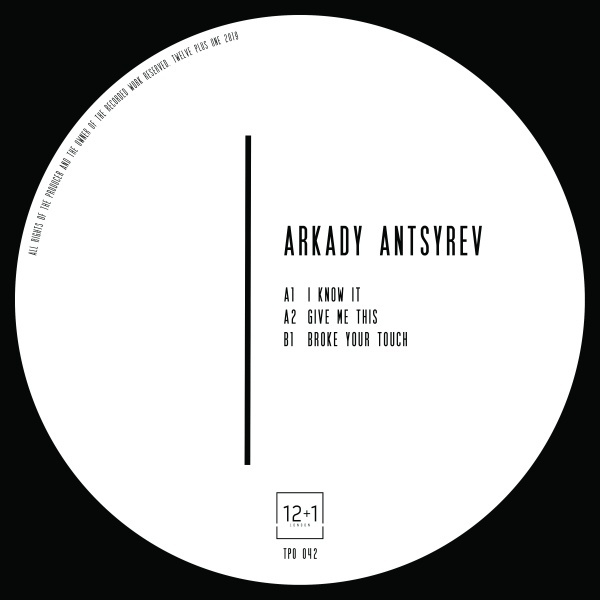 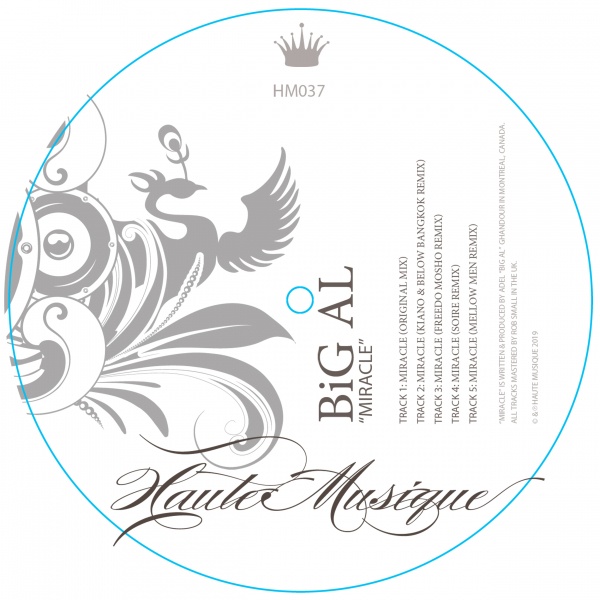