Get Physical Music kicks off 2022 with Thandi Draai’s landmark Africa Gets Physical Vol. 4 which features some of the most exciting names in the South African house scene.

Producer, vocalist and singer Draai has been a core part of the label this year. It is where she has already released her ‘Jika EP’ as well as collaborative singles from this mix with DJ Beekay and Candy Man. Before now she has won several high-profile competitions – one of which saw her get mentorship from Wyclef Jean. She has also been on MistaJam’s Africa Week on the BBC, appeared on hit South African show Masters of Spin and is currently a resident DJ on Ukhozi FM’s Bhampa2Bhampa show every Friday, which is the leading radio station in Africa. As such she is a preeminent light in the vibrant South African scene and is now getting international acclaim as the country’s first woman of colour to release solo tracks.

Says Thandi of this adventurous new selection, “What a time for Afro Tech House, it’s alive and vibrating through the whole Universe right now. I am super honored to be compiling this year’s Africa Gets Physical Vol 4 and for the opportunity to work with such amazing artists from right across the African continent. I’m coming through unapologetic about our African electronic dance music. Camagu!”

The album opens up with Thakzin feat. Kitty Amor’s tribal house call to arms with hefty kicks setting a deep groove. Dawgpound’s ‘Egypt’ then smooths out the drums and layers in spine-tingling vocals before the seven-minute epic ‘Sikelela’ brings lush layers of percussion, synth and marimba. There is a soothing and heady feel to the cuddly beats of Drega’s ‘Mama Dear’ featuring vocalist Maline Aura then ‘Free Now’ opens out into cinematic house soundscapes, and Amos Blaq offers an exquisite remix of Thandi’s ‘Iris’ that has gorgeous vocals and pillowy drums.

The second half of the mix lifts you up with epic strings on ‘Tuhan,’ Thandi Draai & Candy Man’s emotionally stirring ‘Out Of Africa’ and a second Thandi collaboration, this time with DJ Beekay and the heartfelt ‘Linda.’ There is a more steely energy to the zipping synths and warrior drums of ‘Ngenani’ and arresting chants of ‘Sekukude’ by Shona SA & Sazi Cele. This ever-evolving, always richly musical mix rolls on through devastating Afro house from Silvva, Cuebur, Khensy and a bright DJ Clock remix of Thandi’s standout single ‘Jika.’ BlaQRhythm’s rolling and hypotonic ‘In The Jungle’ and Eltonnick & G-Wash10’s ‘Osiris’ featuring T_Phoenix close things down in truly epic and unforgettable fashion.

Africa Gets Physical Vol. 4 is another authentic snapshot of the continent’s unique house scene. Koelle – Fall In Time (Remixes) (When We Dip XYZ)

When We Dip’s record label XYZ kick start 2022 with a remix packsack that features new reworks by DSF, Westseven, David Orin and Sinca.

Each of the talented producers have remixed tracks from XYZ’s classic collaborative release by Koelle and Into The Ether that also features the vocals of MARGRET. Germany’s Koelle is a classically trained musician, and Into The Ether is a talented electronic music producer.

Staying true to the organic style of the originals, each of the stunning reworks blend captivating melody and uplifting atmosphere with crisp percussion designed for the dance floor.

DSF is a Greek artist known for his music released on influential record labels such as All Day I Dream and Shanti Moscow Radio. All of the other remix artists are equally accomplished, Westseven is a regular on XYZ, David Orin has featured on Seven Villas in addition to many other influential imprints, and Sinca recently made her debut on Anjunadeep. Sounds of Khemit is a newly founded label based in Brooklyn and operated by Nhii. The imprint’s latest release in an epic 11 track compilation featuring music from the likes of Death on the Balcony, Sarkis Mikael and Wild Dark.

The Sounds of Khemit label is focused on serving up music to transport the listener to higher states of consciousness. The imprint is starting a mass movement towards the light, a revolution against darkness, by forming bonds and unity among people. No matter the age, race, background, religion, nationality, or sexual orientation – Sounds of Khemit blends tradition with innovation by attracting those souls who see with their hearts and use their mouths to speak truth to power.

Collectively the artists who feature on this EP have worked with other record labels including the likes of Sol Selectas, Do Not Sit, All Day I Dream, Kindisch, Magician On Duty, Underyourskin Records and many others of equal note.

Featuring music from around the world, this collection of tracks focuses on melodic deep house with organic textures and uplifting atmosphere. Rhythm Cult is back with the 3rd edition of the ‘Details’ series. A retrospective collection of beautiful timeless releases that paves the way and delivers a conceptually mixed sound spectacle.

Inspiring cuts which built the fundament of long and excessive hours on the dance floor over the last 7 years, key tracks from our artists that we believe create magic moments. Let’s start 2022 with a bang! Label’s star returnee Circular Run is back with another strong single called Eventide, a deep atmospheric piece in which you can let your mind fly.

Also the label is thrilled that Bilevicius from Argentina joined forces. Her remix is a proper melodic house tune with clever percussive elements to take you even deeper to an exciting adventure. Next up on Henry Street Music, there is something truly special. George Calle and his Savage Disco Orchestra take a truly fresh approach to some absolute fire from the classic Disco and House eras.

This stunning debut LP weaves together various carefully picked tracks, a history spanning over 4 decades of music, much of which George himself helped break as a DJ on the #1 radio station WKTU New York City.

Throughout his career, Calle managed to rack up a resume that includes remixes for Donna Summer, Earth Wind and Fire, and multiple Hollywood soundtracks as well as huge successes as A&R and label owner discovering such legendary artists as Todd Edwards, Kevin Yost, and Lisa Pure.

With his debut LP ‘Havana Hustlers’, (the title is a nod to one of his many dance floor aliases) Calle sets out to do for himself what he has done for so many others over the years. In many ways, and through the many decades, he is still at those early house parties trying to spread some happiness

Artist Quote – “Among the many pleasures in the record business is the reward of finding new and exciting talent. Having been personally responsible for some of the greatest dance successes of the past quarter century, this project is a breath of fresh air and fills a gap in our scene that’s been vacant too long. Label favourites and label bosses Pornbugs, always know to hit the spot: they just do.

‘Bodhi’ delivers their trademark dubbed out flavours, wrapped up in a swaggering groove, with a tough and chunky rolling vibe flowing throughout. Blippy melodics and cool cut up vocal snippets add depth as the groove intensifies. Deep and deadly!

On remix duties Dave Pad returns to Bondage, after his acclaimed work on Nite Grooves and Highway. This sumptuous reworking brings in the warmth and takes us on a deep voyage, Hypnotically and sonically wonderful, this is a fine re-tweak from Dave. Crisma & Von Beck are an aspiring duo with a very unique perspective over the musical spectrum. Live proof of that is their latest release entitled ‘Focusrain’. Resonant chords amongst dubbed out background atmospherics, whilst infectious lead vocals fuel a smooth yet driving production, marking an impressive label debut.

The remix from talented Cody take the release to a whole new level. Keep up with Selectro and stay connected. As you might know, Otherwise Recordsl is fundamentally based on friendship and we couldn’t begin this new year in a better way with a work by the great and talented Fran Bortolossi, Kolombo’s dear friend and partner in DJ booths and tours around the world. He had already remixed “Against the Law” and delivered the “Modern Run” EP in 2020, but he deserves more.

Now he delivers “Body Move”, a fun single, focused on the dance floor, with our traditional “techy” identity featuring robotic vocals in tune with metallic synths… the sound identity is even reminiscent of Daft Punk classics. So, prepare your best version, put your body to move in automatic mode and robotize with us. TECH040 pushes new quality from US territory with rising artist Mr. Goose stepping up for his debut on the label. The Brazilian but Detroit based producer delivers a two-tracker EP showcasing his influences from the deep sounds of 90s. Title track ‘Gonna Be Alright’ grabs your attention with a real groovy attitude. Full of smooth chords, jazzy synths and groovy fast driven drums, it’s definitely a not to be missed track. On the b-side is ‘Nothing Like The 909’, a really deep house cut dedicated to the old-school roots. George Munro – Can You Get Me High EP (Sound Vessel Records)

Very cool Release here by a fine group of Artists! Mixture of Deep and Garage House. These tunes are made for the dancefloor or any outdoor music festival, it will get you moving! 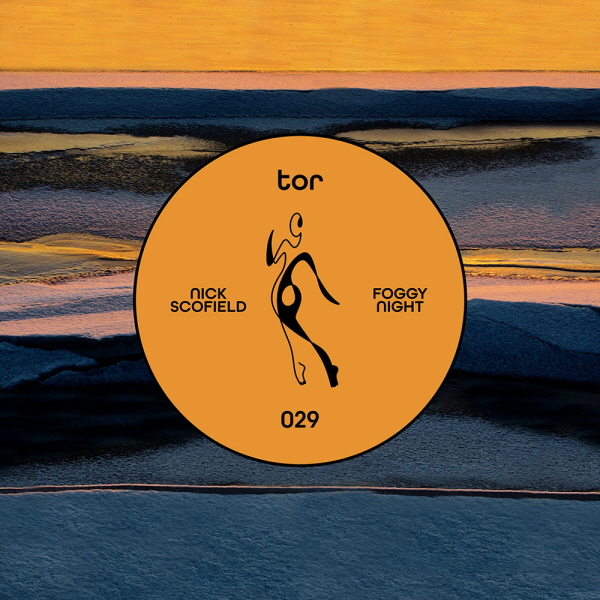 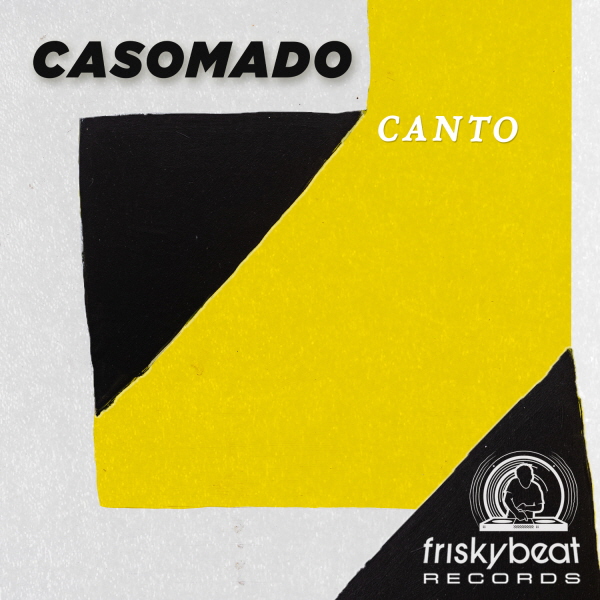