Brand new compilation series by Sound Vessel Records. Hidden Gems is the new title for un-released or lost tracks that are found and put together here in this compilation.

Truly every track here is a gem, pick your favorite. Title track ‘Woobona’ delivers a palpable sense of space and drama, reflecting those Ural Mountains which loom so large in Borowsky’s homeland. But ‘Woobona’ is tender too, displaying a strong sense of emotion and eclectic musicality. As Borowsky himself puts it: ‘I like to mix folklore from different countries with electronic music. This immerses people in a state of love for themselves and the world.’ Amen to that, brother!

First up to rework Woobona is Moroccan hotshot Cee ElAssaad, who turns in a typically vibrant and groove-led ‘Voodoo’ version, creating a potent, percussive Afro-House vibe with a tonne of heart. ElAssaad also delivers a ‘Voodoo Dub’ version, hypnotic and laced with late-night euphoria; and his ‘Voodoo Ambient’ mix is the perfect set-starter or DJ tool, slowly building up to a beatless synth climax with tantric levels of patience.

We hope you enjoy this special debut from a talented newcomer to the Ready Mix Records family and we look forward to hearing what’s next. When We Dip’s label TOR presents the third edition of its signature release series ‘Tales of Romance’. Blending ambient moods with delicate percussion and melodic pads, the eloquent release showcases a selection of artists new to the label.

Each of the artists joins the label with their own list of previous achievements, Rashid Ajami has been remixed by Maya Jane Coles and released on Get Physical, Einmusika and Anjunadeep. Others like Lucefora have featured on Lee Burridge’s iconic All Day I Dream, and Greg Ochman has contributed to Sebastian Leger’s Lost Miracle.

With a near endless list of accomplishments, each of the artists have their own story to tell and what better way than to let the music do the talking.

All eight of these magical pieces of music has its place in a DJ set, but are also perfect for listening outside of the club. With marvellous melodies and uplifting atmosphere, this release really does showcase TOR in all its majesty. Gadi Mitrani – Out Of Time (The Remixes) (Be Adult Music)

Starting the remix package with a stunning review by the one and only Vincenzo who takes the original to another level with his unique sound delivering a full-on acidic riff keeping the groove in a constant flow.

Death On The Balcony with debut on Be Adult Music with a proper deep organic version with a catchy synth line and a techy groove that oozes quality.

Ending with Alex Daniel’s atmospheric spaced-out sounds with just the right amount of electronica and vocals full of e-motion springing up goosebumps. A Canadian born DJ, Artist and Producer who views this human existence as a spiritual canvas of expression. Kebi’s unique feel-good vibe is a direct reflection of his inner world; an optimistic landscape influenced by deep house roots, minimal grooves, and vast meditative experiences.

‘The highest intention is to provide a safe space of vibration where we can all connect to the presence of life itself in the most authentic way possible.’ Andhera Records owner Ky William teams up with Fear & Lowe for the latest cut on the up & coming US label.

A top class release from label owner William, and Fear & Lowe and one that is perfect as we head towards the summer. US vocal talent Cortney LaFloy reveals her first release for 2021 with a heartfelt song that celebrates female friendship and sisterhood, titled ’My Sister’. Produced by Daz-I-Kue, ‘My Sister’ is a spiritual house affair driven by Cortney’s soulful tones that speak of empathy, commonality and unity, set to a sublime deep and jazzy soundtrack. The package also includes a blissed-out broken beat vibe from one of Daz’s many alter egos, Bruk, and Atlanta’s DJ Applejac delivers a deep, hypnotic Afrohouse vibe for the dancers.

Singer / Songwriting talent, Cortney LaFloy hails from the suburbs of Chicago and is currently a resident of Atlanta. Cortney’s musical influences range far and wide from the jazz sounds of Miles Davis, John Coltrane to the vocal giants the likes of Sarah Vaughn and Billie Holiday and Nancy Wilson. Centered within her artistic tapestry are the rhythms of 70’s Soul & Funk, Disco, and House Music. Cortney’s first single ‘Dance 4 U’, was produced by Chi-Profess and remixed by Terry Hunter in 2014. Since then, Cortney has released tracks on Tambor Music, Nervous Records, POJI Records, and Funkhut Records, among others, collaborating with the likes of Timmy Regisford, Daz-I-Kue, DJ Pope and more.

Daz-I-Kue is a Londoner now Atlantan/Nashville resident and former member of the pioneering broken beat collective, Bugz In The Attic, who have remixed the likes of Amy Winehouse, Macy Gray, Soul II Soul and 4 Hero. Alongside Khari Cabral Simmons, Daz-I-Kue has worked with some of the US’s finest talent including Trina Broussard, Anthony David, Avery Sunshine, Kai Alce and DJ Kemit, taming others. He has completed numerous projects including BB Boogie album ‘Standing On The Wall’ (R2 Records), he Co-produced Julie Dexter’s “DeJa Vu” album, and has numerous releases on Foliage Records, Nervous Records and his own I-Kue Recordings. Daz-I-Kue is currently working on a project with Jazz Re:Freshed, as well as some new material for I-Kue Recordings and Back To The Present.

‘My Sister’ will be released on Traxsource promo April 30th / Full release May 17th 2021 on I-Kue Recordings. Remix duties come in the form of James Teej & .lacey who make their debut on the label with a stripped back mix and label favourite Domscott returns as well. Spectoral puts his spin on things as well to wrap up the package. When We Dip’s label TOR is back with a new EP from Darksidevinyl & Ucha who once again come together after also releasing on the likes of Connected Frontline, Deepalma and Monaberry.

Austria-based Darksidevinyl has also collaborated with many other artists in addition to working individually, and his back catalogue also includes music signed to labels ranging from Akbal Music to Selador.

Ucha is from Georgia, and has also had many solo releases on other imprints such as SNOE, ZEHN Records and Deepalma.

Percussion has always played a vital role in establishing TOR’s foundation of sound, as nothing gets people grooving quite like drum-driven house music. This new EP fully embraces that concept, while also mixing in melodic elements and a jazz fusion of live instruments. Jessie Rey is back at Paradiz with a daydreaming experience in the form of ‘Back to Sinai’. Deep oriented and inspired by one of the most flavoured places globally, this tune invites the audience to a magnificent auditory experience. This year saw Nadja Lind and Helmut Ebritsch’s production machine shift into top gear. Their fifth studio album ‘Manifestation’ was released, alongside a raft of supporting Bandcamp exclusive jams . Launching as pandemic lockdown began to grip worldwide, its blend of deep dub house and sprawling widescreen ambient was a necessary panacea to the global climate. Their previous albums ran with a concept – each quarter of the year saw an EP release that came together to form the full LP. However, ‘Manifestation’ reset the blueprint, back to a single work, albeit as a two and a half hour mega-album.

While the studio principles have changed, the tradition of the follow up remix album has not, with the Klartraum pairing drafting industry luminaries and Lucidflow family favourites alike. This is no idle boast – names such as Steve Rachmad, Silicone Soul, Terry Francis, Vince Watson, Ian Pooley, and the currently in-demand Saytek have thrown their talent to the reworks in the past, and the current line up is just as glittering.
‘Draw The Line’ is tackled by Jam El Mar of Jam & Spoon fame, dreamAwaken and Oliver Loew . Jam runs with a downtempo ambient house version imbued with the purest of 303. The track is taken into more dance floor slanted directions when Oliver Loew taps into the easy funk of the original, while dreamAwaken adheres to the ethereal cosmic float.

‘Manifestation’ is handled by the storied Dapayk Solo , alongside Guiliano Rodrigues and the off-kilter Spettro. Dapayk’s remix is full of tense staccato, with Rodriguez hitting up the warm dub template of Lucidflow for his interpretation, and Spettro defying convention with a tumbling broken techno interpretation

Already a choice cut, ‘Weltenwandler’ is put through its paces by production machine D.Diggler, Jor-G and Dirt Crew artist Tigerskin . Diggler is in surprisingly restrained form with a deeply dramatic arpeggio laden version, Jor-G is on top dub form with his reworking, while Tigerskin absolutely wallops you for the stars with a truly cosmic Italo inspired take.

Two years from his last EP called ‘Pilgrim’ Jayro is back to the family with a new work. ‘License’ the main song of the extended where the bassline takes the starring role, ‘Affaire’ another personal track with groovy beats alongside afro vocals including the Dub Mix make the reference number fifty-five. ‘Simancón’ is a song from 2020 that was part of UNITED WITH TECHO –
Solidarity is never in quarantine, a compilation that involved 32 Electronic artists
from all around the world, including Diezmo (UK), Bleepolar (COL), KAKOFONICO
(ITA), among others.

Now, the track develops more colors with its release
throughout Candy Flip, a Colombian label that has become a key component in
House scene in Latin America.

The track is an elegant sound composition that utilizes samples from the legends of
San Basilio de Palenque Las Alegres Ambulancias (a folkloric afro band), that allows
Veira to channel his geographical influences with an international identity.

Instead of using a generic reference, the Colombian producer travels to the origin of
Colombian afro folk music, creating a dialogue between two worlds that excite him.

The result is a mix of textures that uses as samples the important funerary ritual of
Lumbalú from San Basilio de Palenque with colors of House of European influence. The duo Fluida have made a name for themselves with their subtle and organic house sound, releasing on outlets like Anjunadeep and Sol Selectas. In November their fantastic remix for Nhii’s track Matawa has been out on Kindisch and now the New-York based artist releases his own take for one of Fluida’s tracks. Coming up next on Techords is Carbajo with ‘Tenerte’ EP. The Spaniard artist delivers two simple but effective minimal inspired house cuts full of punchy drums, groovy basslines, filtered chords and smooth vox that will definitely warm up the nights. 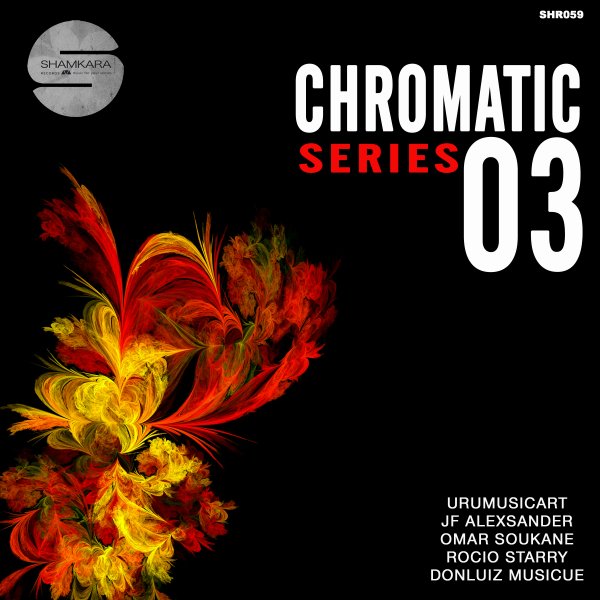 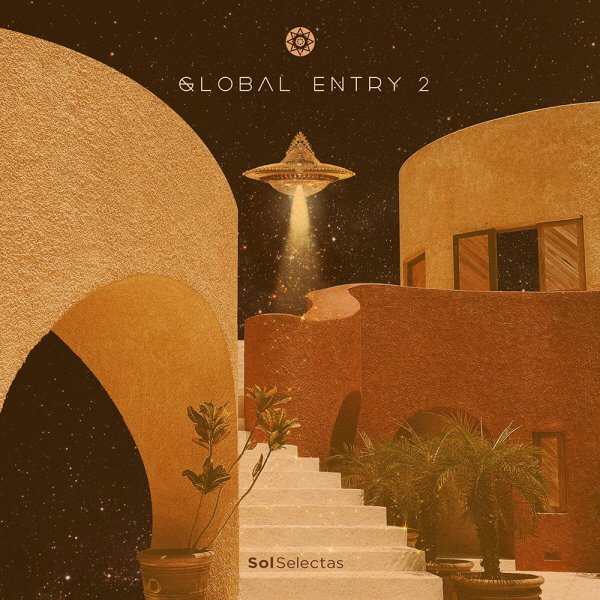