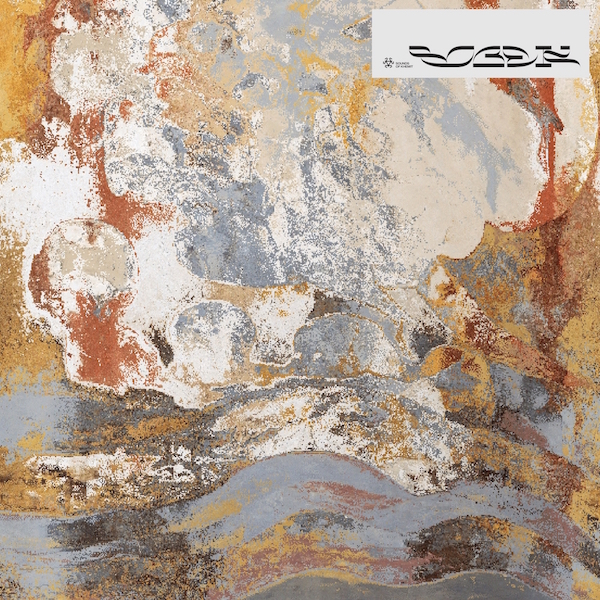 The eighth essential release from Sounds of Khemit is another superb various artists collection featuring Tebra, Hrag Mikkel and Benyebe.

This release is inspired by Sobek, the Khemitian crocodile master of strength, extreme power, Nile River, water, warfare, strategy, fertility and protection. The strength, speed and ferocity of the crocodile was thought to be symbolic of the power of the Ruler of ancient Khemit and, say the label, he brings light to their mission to connect people through music on a deeper level.

Next up is musical storyteller Hrag Mikkel who has credits on Proton Music and Hoomidaas as well as a fine reputation for his musical sounds. ‘Odds & Ends’ draws you in deep with supple drum lines and cuddly pads. There is real elegance in the chord progressions and fullness of sound that wraps all around you.

Finally, Benyebe is another fast emerging producer in the world of organic house. His ‘Solar’ is a third superbly deep house track with heartfelt piano keys lingering over the heavy but smooth drums. Yawning pads expand the groove while tumbling hits and exotic strings add yet more heady and enticing detail.

‘Sobek’ is a scintillating trio of signature grooves from Sounds of Khemit. 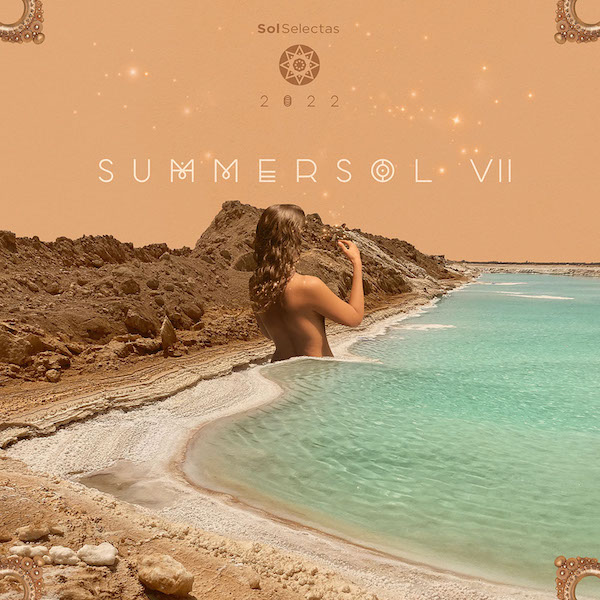 Sol Selectas embarks on its seventh annual summer compilation which collects together tracks from around the world and releases them on the day of the summer solstice, which is the year’s longest day of sunlight.

It includes tracks by label favourites such as Goldcap, Yamil, Guy Maayan and label owner Sabo, plus Sol Selectas debuts from artists like Safar (FR), Murmusica, and Amour Propre. In total the compilation features many new artists who are all being welcomed into the Sol Selectas family via their debut on this release.

Under the sun’s rays we are all equal, regardless of skin colour, gender, political allegiances or sexuality, and this release is a celebration of how music brings people together. The music drifts from coast to coast, across several mountain ranges, deserts dunes and salty oceans.

Each of the tracks have their own story and is a little ray of sunshine to warm the mind, body and soul. All the previous releases in this annual series have been top sellers on Beatport, and this year is expected to be no different.

The cover art by Helia Jamali is taking us to a gorgeous Summer Sol dreamscape, illuminated by magic and crystal blue waters. 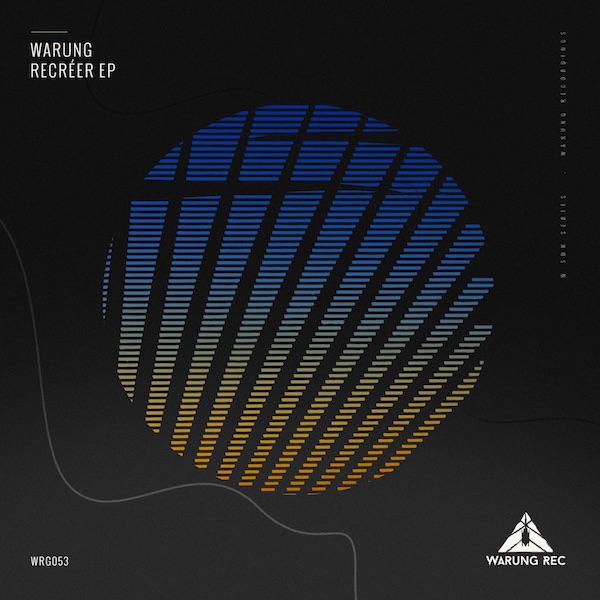 Seeking inspiration in Balinese culture, the duo Aaron Hopkins and Dillon Ames found shelter in the word Warung. Name given to his musical project that has as its central theme progressive melodies and organic instruments.
Fate made the music produced by the duo spontaneously cross the official record label of the temple. With successful releases in 2022, they recently shone on the English label Anjunadeep.

So, we proudly present to you our newest release which contains two beautiful tracks.
‘Recreer’ is mysterious and intense, combining the organic with the best of the electronic music.
‘Man of Morocco’ was made in collaboration with our talented acquaintance Wassu. The song is like a movie, full of suspense and moments that intersperse adventure and tension. 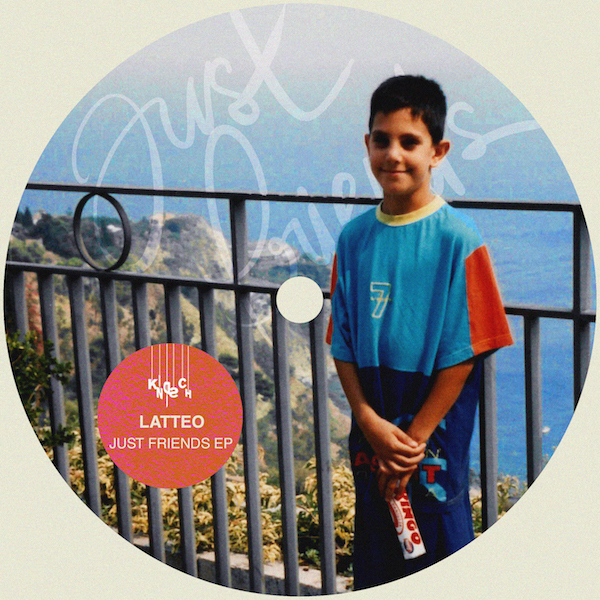 Italian artist Latteo brings a wealth of warm Mediterranean influences to his debut EP on Kindisch.

Latteo was born and raised in Sicily so soaked up coastal sounds when not staring at the stars. He has long been a DJ but is now cooking up his own rich deep and acoustic house sound. It is infused with sounds picked up from his worldly travels – from bird calls to thunder, poetic lyrics to the raw power of analogue acid synths and tribal rhythms. He combines field recordings in a way that represents his Italian heritage and often collaborates with vocalists “who have the same desire to express a rather unusual message.”

D’aria is the guest on the fantastic opener ‘Just Friends’ and brings a magical voice to the warm and heartfelt grooves. Chunky percussion dances next to muted but emotive chords as the mood builds and the vocals ever more cast their soulful spell. There is just as much style and musicality to ‘Child’, with its deep but heavy drums and bass. Exquisite synth craft brings a tripped out and late-night vibe and signature percussion once again flesh out this alluring track.

This is an accomplished debut from a hugely promising new artist. 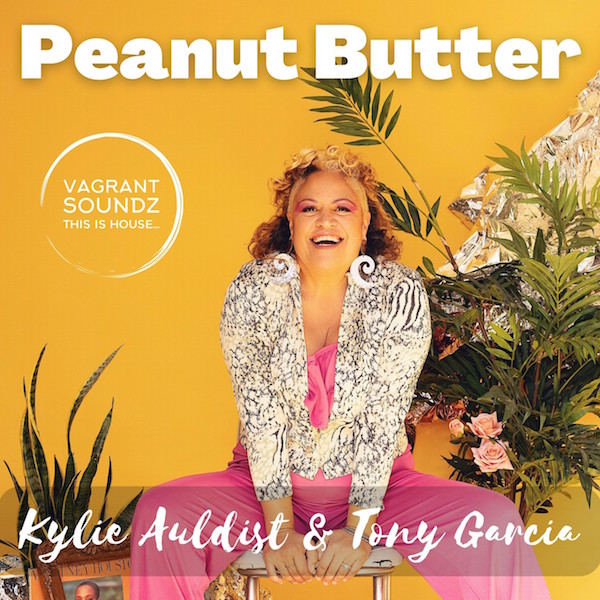 “It was such a joy to cover this track. Gwen Guthrie is an all time favourite of mine and it was an honour to reimagine the track for Vagrant Soundz. With Tony pulling the strings and Eric Kupper and MicFreak remixing, ‘Peanut Butter’ is spreading the love.” – Kylie Auldist

Described as ‘the high priestess of Melbourne soul’ Kylie was best known as the lead singer of The Bamboos and an incredible solo artist in her own right before shooting to international prominence in 2016 thanks to the monster summer anthem ‘This Girl’ (Kungs vs Cookin’ feat. Kylie Auldist,) – her sublime vocals broke charts across the world. The remix reached #1 on single charts globally and has been streamed over 1 billion times on Spotify and YouTube alone. Autumn 2020 saw the release of Kylie’s fifth artist album ‘This Is What Happiness Looks Like’ to great acclaim.

Tony Garcia has been a key name on the Sydney House scene for over two decades. As a DJ he has performed at all of Australia’s premier venues alongside international acts such as Erick Morillo, Ron Carroll, Late Nite Tuff Guy and Dr Packer, to name a few. Tony’s music has graced labels such as Motive Records, Souluxe Record Co., Turtle Wax, Merecumbe Recordings, Hive Records and Hot Sunday, among others. He launched Vagrant Soundz with his partner in crime Jay B McCauley at the start of 2022 and they have since released a slew of incredible tracks featuring Terri B!, Jerry Ropero, Eric Kupper, MicFreak, Rubber People and more. 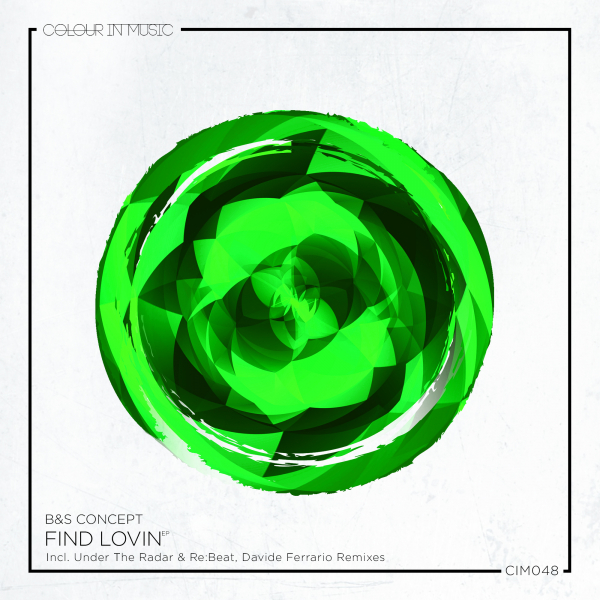 Next we have B&S Concept, a new artist in our label with summer inducer tunes. And we are happy to welcome his awesome 4 track EP called ‘Find Lovin’.
This french duo is a true veteran of house music making, with solid reputation by their releases at great labels.

Find Lovin’ opens the menu with a deep house recipe from the gods.
Filtered pads and drums all over the track prove that a good loop can go on and on without us getting tired of it. Groovy bassline and a sexy vocal shouting ‘Find lovin’ combined with other vocal cuts close this atmosphere of pure house.

For ‘Find Lovin’ remix duty we have a name from portuguese underground scene – Under The Radar straight out of Porto, a trio of producers who make here their debut at our label.
Well known tracks with their name represent labels around the world.
They put here their true solid signature. Deep tech combined with minimal flavour. Strong solid drums, drivin’ bassline. Jazz flavour with a twist at the original elements. Exquisite tune my friends, for the delights of the true music lovers.

‘Don’t Feel Ashamed’ remix is once again made by a new artist. From Milan we welcome Davide Ferrario.
Davide comes from a nice solid amount of releases, and here is another prove of that.
He picks the original vocal and builds up a subtile melodic house track.
Complex drum programming, piano notes, and hot sintetizers. What a way to close an EP.

Summer hot tunes for the dancefloor. 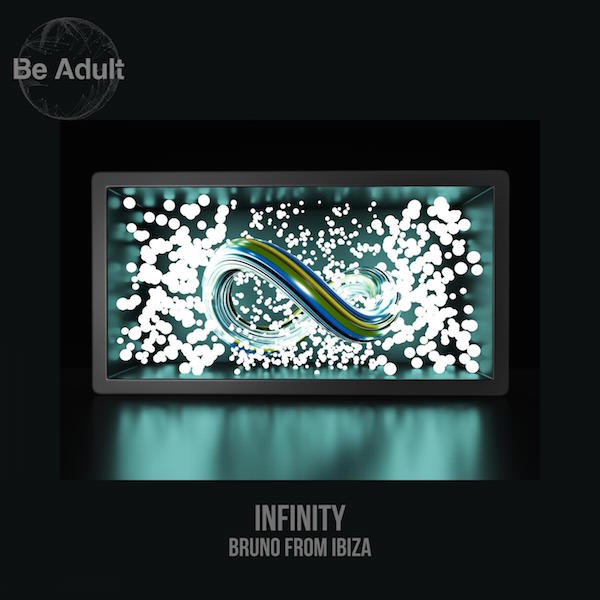 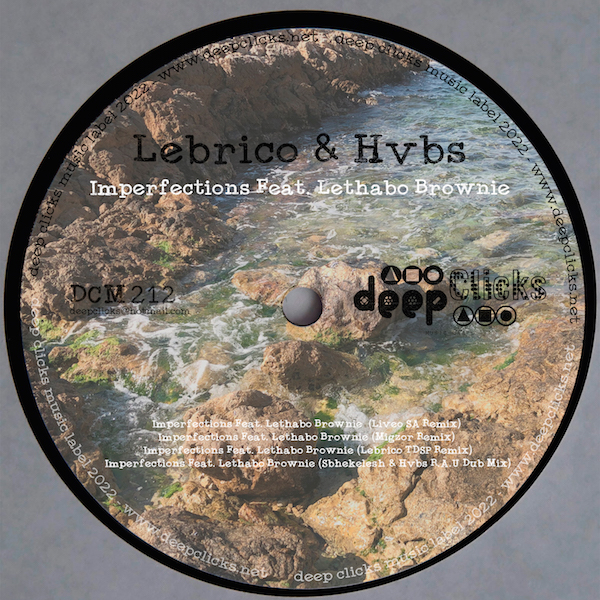 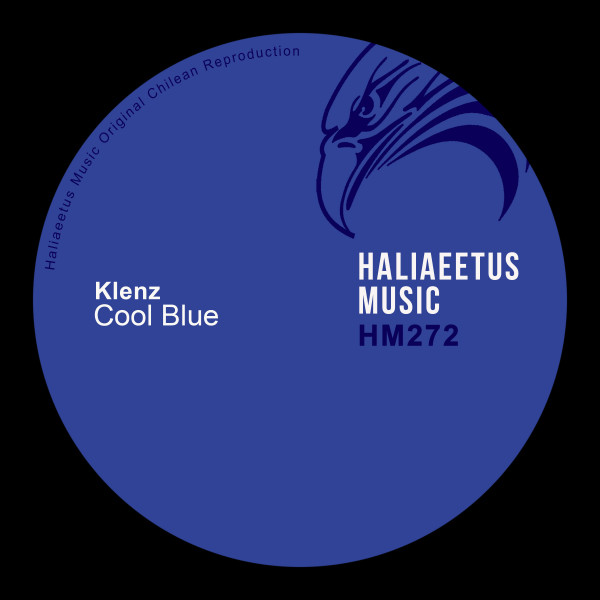 Undoubtedly, Chus and Ceballos are the most solid, professional pair of Djs/Producers from Spain. Hailed worldwide for their excellent production works, including official remixes for world-renowned artists like Madonna, they display a remarkable versatility enabling them to play in small clubs to life-size festivals. Their marathon DJ sets capture their genuine Iberican character, while their blend of styles between House and Techno lie in perfect harmony, accentuating the unmistakable beat of the percussions. Throughout the past decade, Chus and Ceballos have been the pioneers and creators of the underground movement known as 'Iberican Sound'. This resulted in the prologue to an important saga for artists and producers, who have chosen Tribal as their way of life. Their evolution throughout the past years has led them to the pinnacle of the global music scene. All these years of hard work, absolute dedication, undisputed professionalism and a constant evolution in sounds have led this infallible duo to the summit of success, bringing them to securing residencies at the best clubs around the globe; Pacha New York, Space Miami, Stereo Montreal, Ageha Tokyo, and many others. Chus and Ceballos represent an invaluable legacy of sound, where their blend of styles is their dogma and the quality their message. 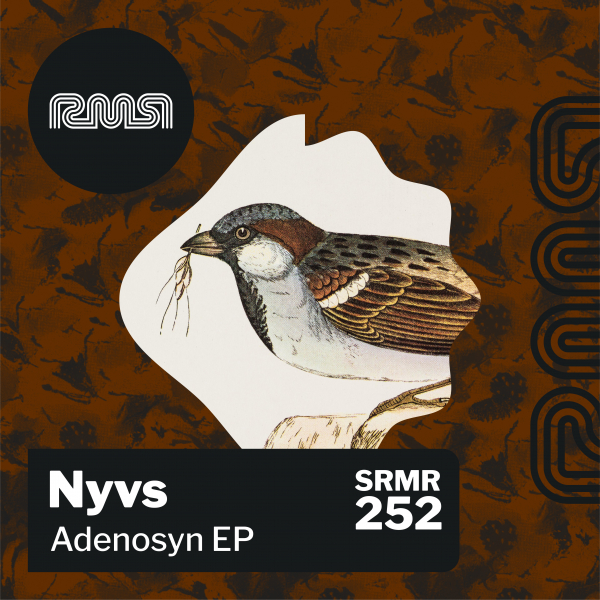 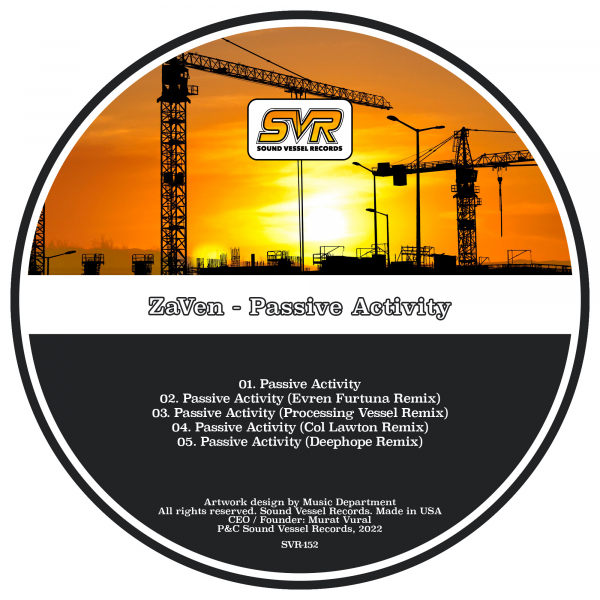