Austria’s forTunea Records unearths deep and driving breaks with Peter Czak’s “Before the Rise” in both digital and vinyl formats. With a nod to elements of Detroit progressive techno and emotive, trance-like synth lines of late ‘90s production, the driving beats of “Before the Rise” build to increasingly syncopated breakbeats. Peletronic remixes the track with moody, percussive dub, while Klaus Benedek’s “Rising Sun Remix” is a heavily rearranged version with sunny congas. Finally, “My Beat” is a layered synth track heavy on drum machine rhythms.
Peter Czak is a DJ, event organizer and producer whose work and interests span genres house, techno, ambient, nu-disco and downtempo. His “Before the Rise” EP will conjure memories of classic Detroit and electronic music’s foundations at the intersection of disco and house music. Give it a spin and be transported through decades of innovation. This is the new release of Kaze Inu aka Clara Judica from Milan. Kaze Inu began experimenting with a variety of music genres in her home town of Caltagirone, Sicily before moving to Milan in 2001 where she officially began working as a DJ. She has since played in a variety of underground clubs between Milan, London and Berlin. Kaze Inu has been producing electronic music from 2006 taking inspiration from both the French and German minimal, techno and later, electronic underground scenes. Her style merges fluid melody with a more “dry beats”. With stable bpms at 120, rhythmic variations and oscillators are the major elements that distinguish her sound.

Another ode to the magical world of house music from Echo Deep, certainly one with a lean a little more towards the heads and the purists. It’s great to hear such quality productions emerging from South Africa and we are over the moon to be able to expose the fine work Echo Deep is putting together. TNT027 Basti Grub – Essence EP (This And That Records)
Release Date: Friday 28 July 2017
Format: Digital
01. Basti Grub – Shake It (Club Version)
02. Basti Grub Feat. Patrick Kitchen & Phil Oxera – Close My Eyes (Original Mix)
03. Basti Grub – Shake It (Radio Version)
04. Basti Grub Feat. Patrick Kitchen & Phil Oxera – Close My Eyes (Instrumental Mix)
“This and That” is a House and Techno label run by Davide Squillace who is an Italian DJ icon at the forefront of the world’s electronic music scene.
The labels last release was a collaboration from Yousef and Harry Romero, this new release is from Basti Grub who returns to This and That following an EP at the start of 2017, which picked up support from the likes of Audiojack, Huxley, Hot Since 82, Maya Jane Coles, Robag Wruhme and Technasia.
Basti Grub is a German based artist who has previously released on imprints such as Kling Klong, Kittball, Desolat, Cocoon, Get Physical and Moan. His distinctively original sound incorporates everything from exotic African vocals to dub Reggae, usually mixed with his trademark blend of sequenced tribal beats and intricate melody.
Distinctly individual Basti Grub’s eccentrically brilliant music is a blend of quirky rhythms and chic sound design to create a rich and vibrant tapestry of sound.
Track one “Shake It” has a chugging groove with powerful vocals, infused with funk. 80’s influenced, the track is infectious with dramatic synth bursts and a medley of harmonic textures. Timeless and contemporary, there’s an uplifting spirit and despite its slower tempo, it’s packed with energy!
Second on the release is “Close My Eyes” which starts with piano chords and a moody vocal that’s soothing and soulful. Deep and mysterious this is a perfect sun set track for Ibiza nights on the terrace and mornings on the beach. Hauntingly beautiful, the groove is gentle and the track has warmth that’s comforting and poignant.
For those who like things stripped back there is also a dub version of “Close My Eyes” with the vocals removed that does exactly what it says on the tin.
———— ‘Let Them Be’ is the new single of the south african duo Footsounds who cooperate with Elliot Blackler to deliver an afro pearl with the fantastic voice of Stige Lebaka. The song has a magical flavour: suggestive choir, refined percussion, deep piano and guitar melodies. All elements are perfectly fused with the musical tones of Elliot’s voice. The package contains an hot afro remix by Mario Bianco that has an impressive athmosphere giving a boost to the dancefloor pushing hard on groove and using particular delay effects on choir and vocals. A huge release perfect for the summer season. 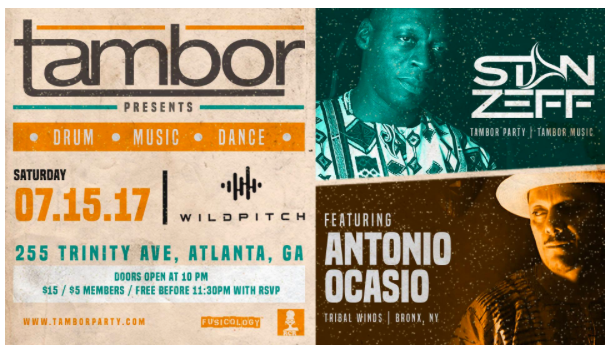