The first compilation in the series of Jaymz Nylon’s infamous Afro Tech ReShapes has arrived for your listening and dancing pleasure.

From bedroom dancers to festival-goers, Afro Tech ReShape Volume One will satisfy an array of House Dancers throughout the globe. Each year Sabo collects the finest tracks he can find from across the world and releases them on the day of the summer solstice, which is the year’s longest day of sunlight.

With a tight-knit family built around the label, Summer Sol is also a welcoming party for many of the artists who are joining the community. Those making their Sol Selectas debut this year include the likes of DJ Chus, Balam, La Payara, The Scumfrog, KÖNI, and Depart.

It also welcomes back familiar faces such as Dandara, Amine K, Giovanny Aparacio, Mula, Amentia, Chambord and Sabo himself as the party host.

Under the sun’s rays we are all equal, regardless of skin colour, gender or sexuality, and this release is a celebration of the music that overcomes diversity to bring people together.

Each of the tracks has its own story and is a little ray of sunshine to warm the mind, body and soul. This year’s release features tracks with roots in Mexico, USA, Spain, Mali, Turkey, Colombia, France, Argentina, Bulgaria, Italy, Germany, Morocco, Ukraine, Chile, Netherlands, UAE, Switzerland, Belgium, Hungary, Armenia, and Australia.

Separately each of the artists on this EP has featured on other labels such as Get Physical, Bar 25 Music, Akbal Music, Cosmic Awakenings, Pipe & Pochet, Magician On Duty, A Tribe Called Kotori, 3000 Grad Records and many others of equal note.

The music drifts from coast to coast, across several mountain ranges, deserts dunes, and salty oceans, spanning years of generational influences. The tempos, melodies, and rhythmic combinations take us from chill out, to groove, tribal, afro, and to deep. We hope this music inspires, and carries you on a worldwide tour.

The artwork by Helia Jamali takes us to a parallel dimension lit by the frequencies and energy of the SOL. Born out of Djuma Soundsystem’s many dance gatherings spread over locations all over the globe, we are proud to introduce our very first release for IZIKI. The debut EP off the label titled ‘He Lele’ kicks us off with an original by the founder himself, as well two stunning reinterpretations by Aero Manyelo & Animal Trainer.

Staying true to his sound, Djuma Soundsystem takes the listener on a journey into the deep jungle where it all began. Where the dancefloor meets fireside tribal rituals, he has delivered a unique and thoughtfully executed piece which electrifies and compels only the most wild and free forms of expression.

Next up, we have South African based artist Aero Manyelo who’s made his mark with a number of releases on some of Europe’s finest labels such as Get Physical Music, Moblack Records and Voltaire Music as well as having support by the likes of Dixon, Damian Lazarus and Diplo on some of his records.
For his remix, he has delivered an Electronic Symphony – a consistent driving force that is the bassline, with indigenous chants and an underlying layer of strings and synths which awakens beauty within as only Aero Manyelo is able to achieve in his work.
The listener can expect nothing less but to enjoy this both within the dark confines of the club as well as within their homes reminiscing of old memories thought to be forgotten.

Wrapping up the EP, we have the Swiss duo Animal Trainer who have solidified their space in electronic music having released on Stil Vor Talent, Katermukke, Off Recordings, Dantze as well as their own Hive Audio. This duo has shown a more minimalistic approach with their remix yet staying true to their craft of having an incredible balance between tight grooves and infectious hooks. Animal Trainer has shown us that music can surround you, grow with you and grow for you just as humans do. With a bassline providing ample backdrop for the floor together with rolling percussion and synths, they have delivered a rhythmic club record that stays true to the meaning of Iziki – The Rhythm. South Africa is booming with talented Deep House Producers like, Pushguy. Bringing the electrifying mojo of Deep, Dub Techno & Afro house to this release, you will hear why Pushguy is the guy for Deep House Music. Back to August 2019, Serbian Milos Pesovic joined the family for first time releasing a three cuts extended mix called ‘Options’. Two years later he’s back with another 2 original songs ‘And There It Is’ and ‘Up And Down’, groovy as always Milos adding some deep textures on the first cut and a loopy melody on the second one which makes stronger. Who Else & Albuquerque – Life Dilemma EP (Get Physical Music)

Get Physical Music looks to exceptional South American talents Who Else and Albuquerque for a pair of superb new tracks.

Who Else is one of Argentina’s most celebrated contemporary artists. Operating in the world of melodic and afro house, he has signed to this label as well as Balance Series, Knee Deep In Sound and Defected. He often finds himself in the higher end of the Beatport chart, and is often played by world
stars such as Solomun and Tale Of Us. Here he links with Ricardo Albuquerque, who has been a resident of the legendary Warung Beach Club since 2013. A master of organic sounds, his sets and productions are full of energy and depth and have taken him everywhere from London’s fabric to Berlin’s Watergate.

The pair’s ‘Life Dilemma’ is a masterfully deep House cut with plenty of room for the Balearic guitar riffs to breathe. Add in gentle percussion, a soulful male voice and subtle chord work, and you have a truly classy offering. The second track ‘Not You’ is more upbeat. Fantastic melodic sequences ride up and down the scales to bring late night colour. The more tech edge beats are primed for a full dancefloor, and are guaranteed to take it to the next level. As summer heats up so does Andhera Records with a massive new release, You Hear That EP, by Sunday Noise and Paul Trelles, which comes with exquisite remixes from Mihai Popoviciu and Mallin.

Sunday Noise and Paul Trelles hail from Peru, and are forefront of the scene in Lima. Between them they’ve released on credible labels like Rawsome, Tobus Limited, Distance, Miaw and Whoyostro.

The first track on the EP is, Just a Line, where tripped out vocal incidentals combine with eerily treated vocals, layered on swirling atmospherics creating an edgy late night deep and hypnotic flavour. Next up is, You Hear That, with its shuffling highs, bouncing bassline combining with the atmospherics and effortless arrangement this is absolute groover.

The third track on the EP is Mihai Popoviciu’s remix. Popovicui is well known from his huge releases on Poker Flat, Get Physical, Bedrock, Dessous, Bondage Music and his own label Cyclic imprint, and his inimitable style has arrived on Andhera. His remix is as you would expect from him, smooth, deep, and excellently executed. With a rolling bass, and filtered pads pushed into the background, this grows in a crescendo throughout the track to where the uplifting chords drop, and smiles rise, make no mistake this is a sublime remix.

The last track on the EP is Mallin’s remix of You Hear That. Mallin’s profile has been rising the last few years via string of hot releases on labels like Glasgow Underground, Inermu, and Oh Stockholm. For his remix he delivers a sensual deep number adding a melodic and uplifting touch to the original, with a delicate short sax sample to really give this an excellent end of the night feel.

This is an absolute must have release on the fast rising Brooklyn imprint, Andhera Records, and something you’ll definitely be hearing all summer long on the underground floors of the world. El Mundo, Zazou and Niki Sadeki present the second release on their label Quetame Records, and this time it’s an enchanting organic house remix of a track by South African singer/songwriter Yoav.

Yoav is an acoustic artist who experiments with electronic sounds and guitar pedals to create haunting tracks with heartfelt lyrics. His song “Blood Moon” was a single from his first album, and its downtempo ethereal vibe is truly mystifying.

Blood Moon has been collaboratively remixed by El Mundo & Niki Sadeki who have lifted the tempo to around 115 BPM, and sequenced their own percussive groove with soaring synth pads. Utilising well-placed sections of the original’s spine-chilling vocals, they have lost none of its charm.

Based in the Netherlands, El Mundo is a talented live act and DJ who has released his music on labels including Do Not Sit On The Furniture Recordings, Kindisch, Souq Records and Earthly Delights. He is also a regular collaborator who in the past often used to work with Satori, but in recent times can be found teaming up with Zazou.

This is the first time El Mundo has officially collaborated with Niki Sadeki, a Canadian artist who travels the world as a DJ. Bringing her enlightened style of majestic house wherever she goes, Niki Sadeki is also curator of Deep House Vancouver, and this is only her second official production following a track on the Kiosk ID label.

Throughout the process, both El Mundo and Niki Sadeki were great sources of inspiration to each other, each feeding off the other’s creative energies. Despite their different locations making this a long-distance collaboration, they were connected by a shared passion for this track. Making their remix a testament to how music and creative connections don’t have any boundaries or understand distance.

With powerful vocals and building tension, this melodic, deep house track is truly a magical piece of music that has a distinctive sound that will enrapture any dance floor. Coming off the back of his most single ‘Drip (ft. Jannah Beth)’, which was heavily supported by the likes of BBC Radio 1, Spotify, MTV Upload, triple j, triple j Unearthed and FBi Radio, reached #6 in the ARIA Club Chart and was also praised by online tastemaker blogs The AU Review, Acid Stag, and Tone Deaf.

Taking a more progressive approach here compared to his most recent offerings, ‘Lay Low’ opens with pulsating keys gently building upon restrained intensity with XIRA’s euphonious melody floating effortlessly amid atmospheric electronic sounds. Intricate chords and dynamics combine, as the song builds into a solidifying drop with commanding bass line and a bouncing percussive groove. The harmonic vocals compliment a polyphonic array of instrumentation, as the undercurrents rise and fall while the song’s structure soars towards its hypnotic climax. 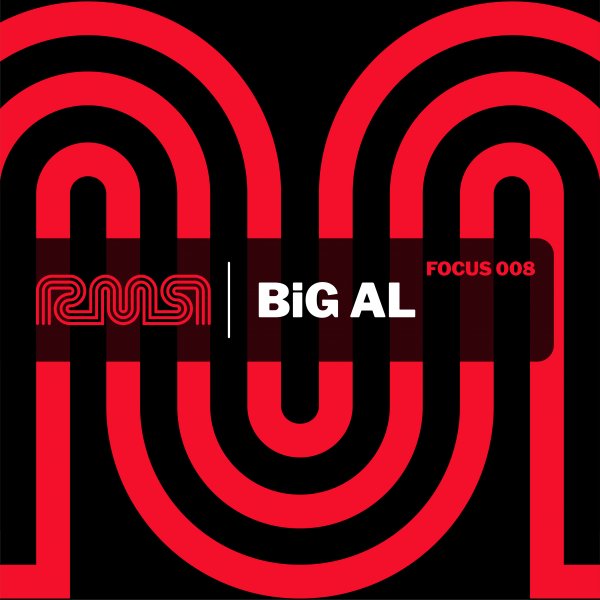 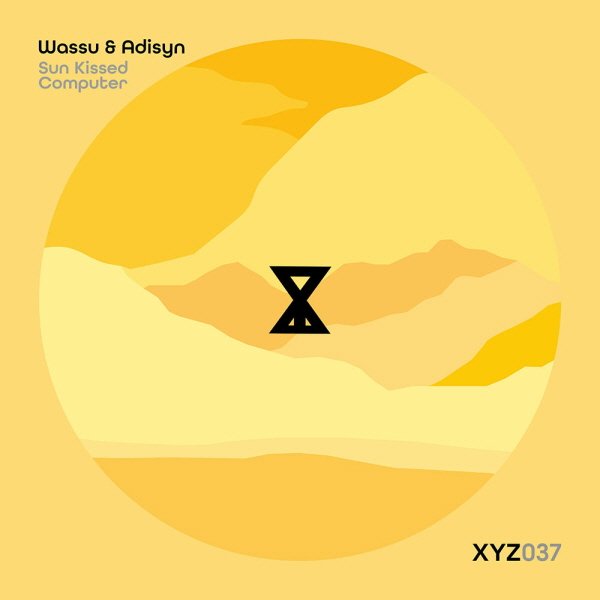